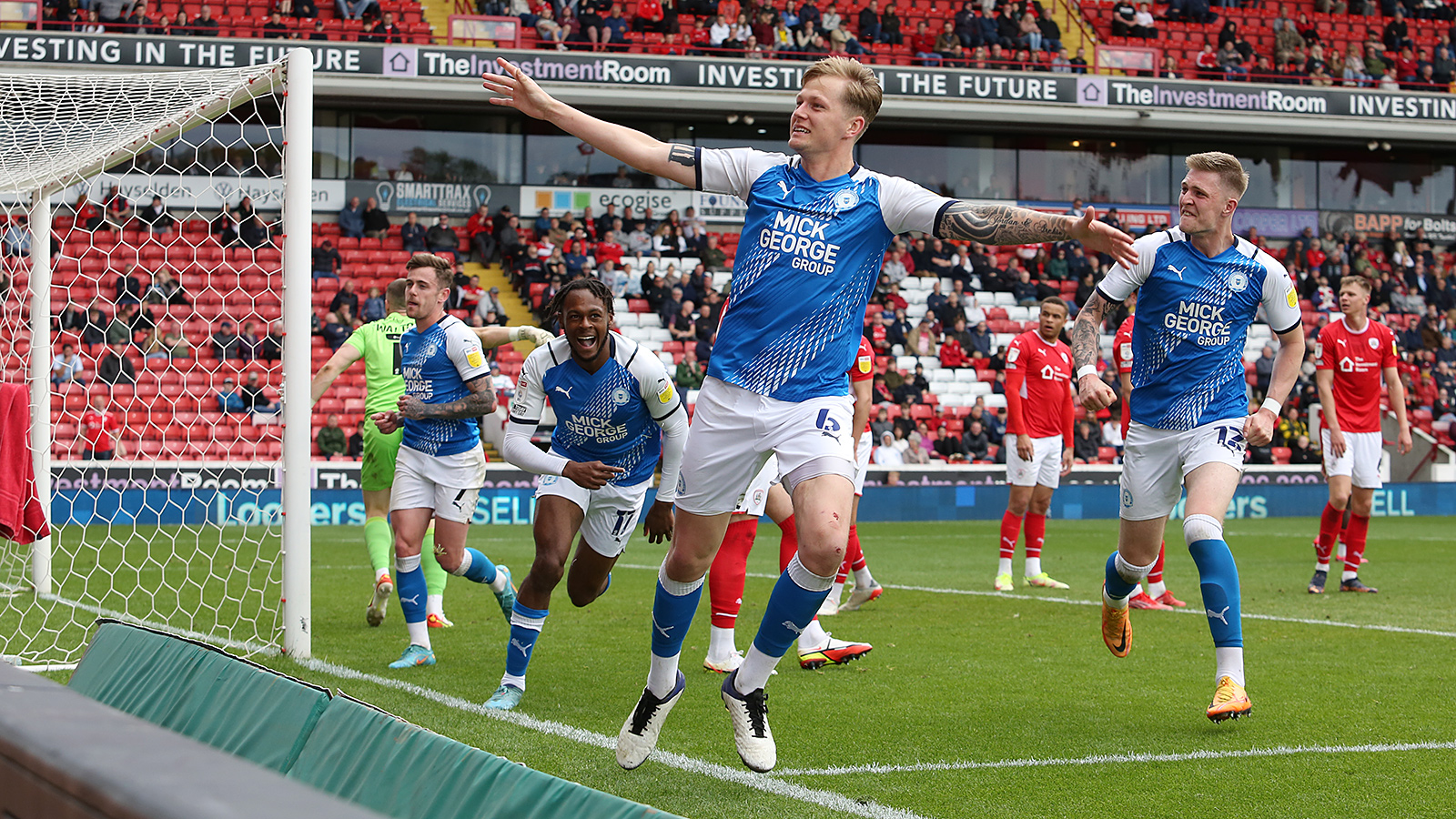 Fight Goes On For Posh After Battling Display

A goal in each half secured Posh a second win on the spin over the Easter period.

The post-match inquest at Oakwell was about who got the final touch to the second Peterborough United goal, but that fight is indicative of the recent upturn in fortunes as Grant McCann’s men kept their hopes of avoiding the drop alive with a battling 2-0 victory over Barnsley.

Initially credited as a Frankie Kent header, TV replays seemed to indicate Jack Taylor got the final touch, but either way, it was the three points that was the most important factor and McCann’s men go into Saturday’s fixture with Nottingham Forest still hopeful of a minor miracle.

Palmer was denied by goalkeeper Dai Cornell on 10 minutes as the Tykes came close to the breakthrough again. Cornell produced a fine stop to tip a looping Morris header over the crossbar moments later before Ward overhit a cross at the other end when well placed as Posh countered.

Goalkeeper Jack Walton made a fine smothering stop to keep out Joe Ward on 18 minutes after a clever pass from Marriott, the keeper doing well to reduce the angle and keep out the long-serving Posh winger.

Burrows was next to try his luck, but he scuffed his left-foot shot somewhat and the keeper made a routine save. On 24 minutes, Posh got their noses in front, a number of excellent committed tackles created a loose ball and Szmodics picked out MARRIOTT and for the second successive game, he finished superbly with his left-foot.

Grant McCann was forced into a change at the interval with Kwame Poku replacing the injured Joe Ward. Barnsley made a change too with Cauley Woodrow replacing Remy Vita in attack. Poku was cautioned on 50 minutes for a foul and from the resulting free-kick, Styles fired horribly over the top.

Palmer was shown a yellow card for a foul on Poku on 58 minutes by referee Darren Bond. Marriott followed him into the book moments later for a foul out of frustration of losing the ball. Cornell was well placed to keep out substitute Woodrow on 62 minutes after a well worked set-piece.

Posh made a change on 64 minutes with Ricky-Jade Jones replacing Marriott in attack. Posh doubled their lead on 74 minutes as a corner from Harrison Burrows was met by Frankie KENT and his header found the bottom corner and Posh had scored from a corner for the first time this season in the league.

On 82 minutes, Cornell somehow kept out a close-range effort from Morris after Edwards header away from danger didn’t have the distance. Poku saw a left-footed drive from the edge of the box go inches wide on 85 minutes after clever work down the left.