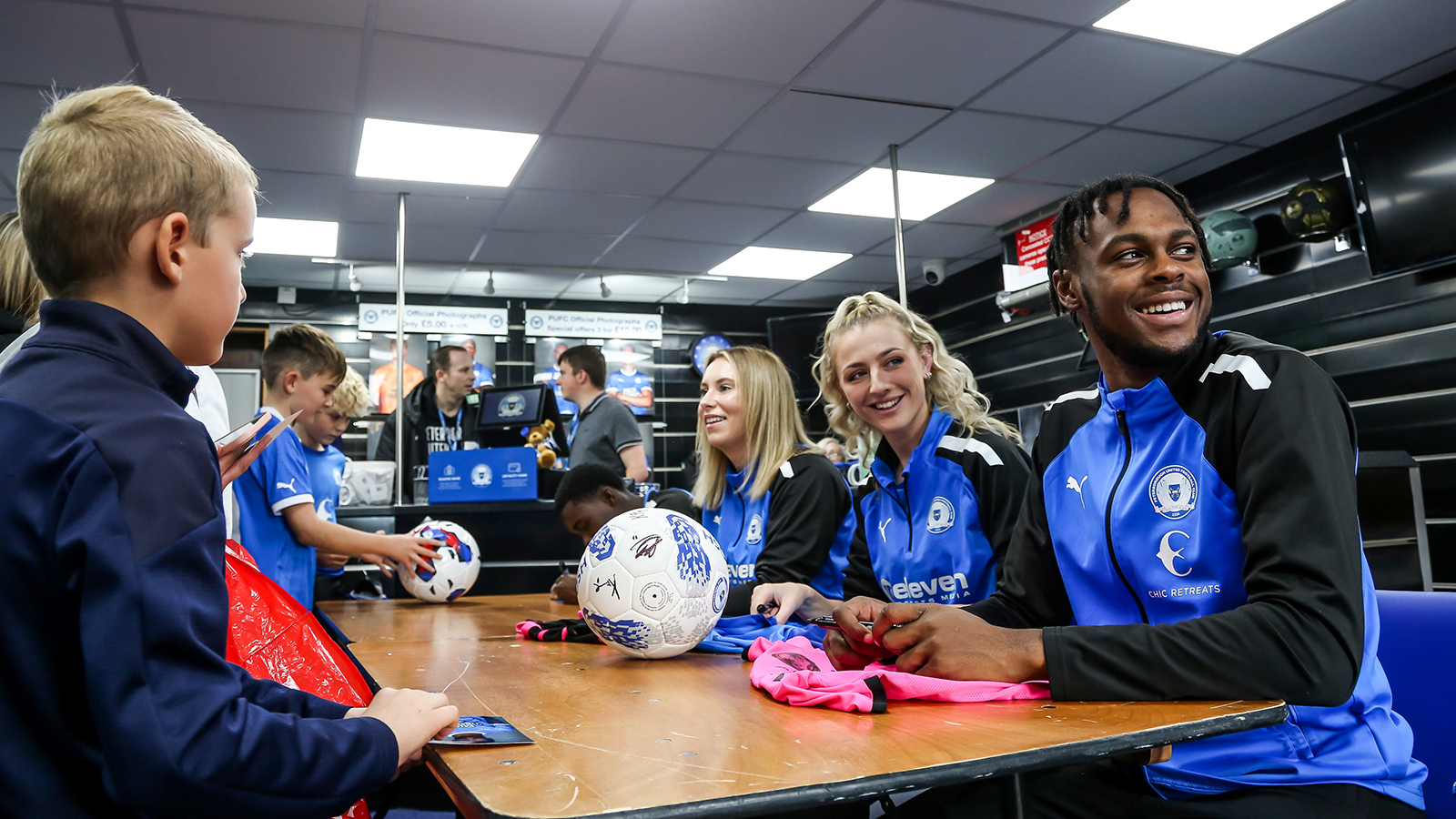 The shop signing session was a huge success with fans of all ages queuing to see their favourite stars.

The quartet signed autographs and posed for pictures for over an hour with BBC Look East and Anglia Television also in attendance as preparations continue for Saturday’s local derby at the Weston Homes Stadium against Cambridge United.

A club spokesman said: “It was a fantastic turnout, and we want to thank all of the supporters for coming to see the players. We had people of all ages, boys and girls, in attendance and the players were incredibly popular. It is vitally important that we put on events like this particularly during half-term when children across the area are enjoying time off school.”