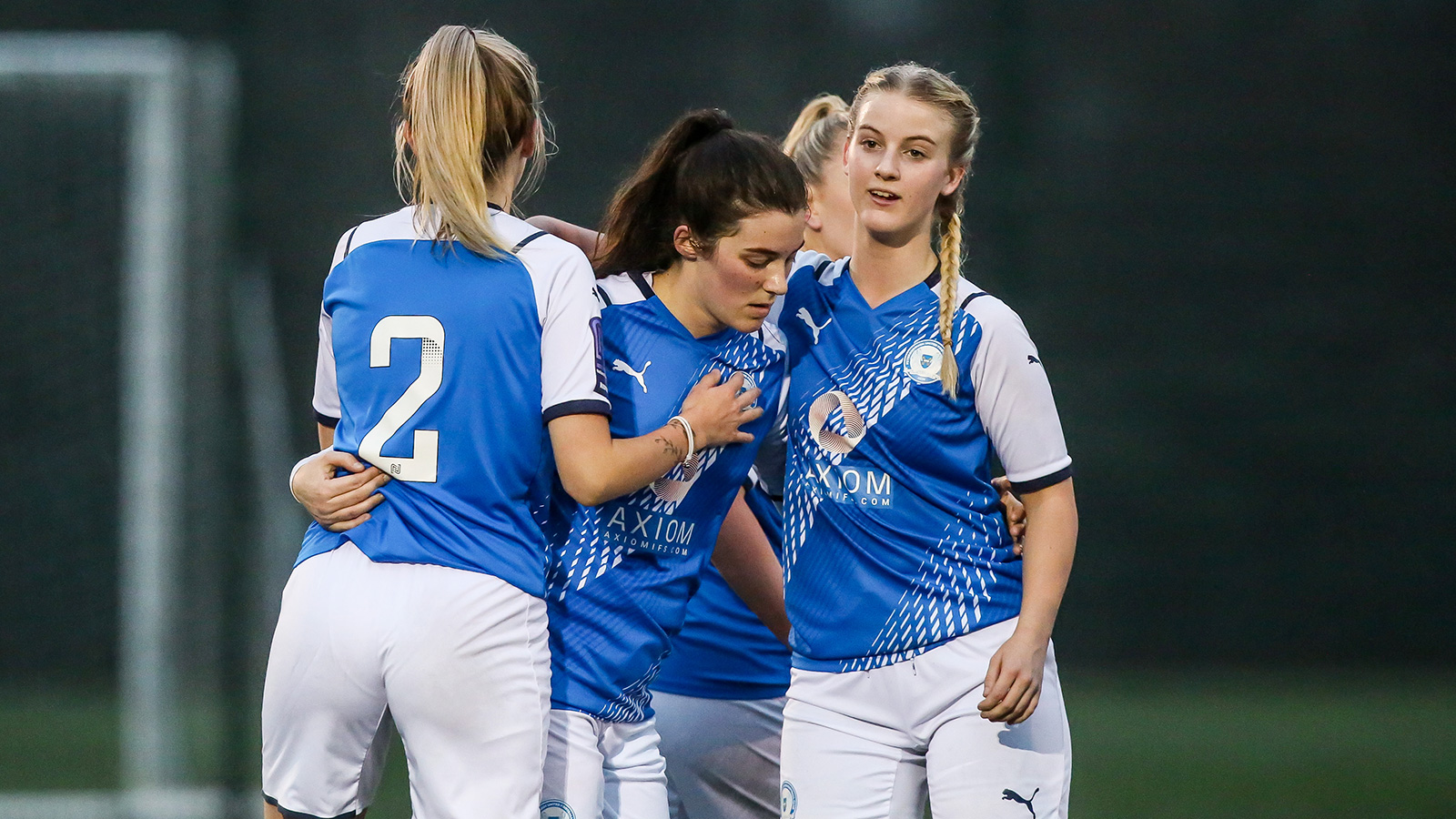 It took 17 minutes before the first attempt was registered when Long Eaton United’s forward got behind Posh backline, but her shot was well over the bar. Amy Butler was called into action a few minutes later when Moriah McIntosh broke through on-goal, only Butler to beat, but she couldn’t put it either side and Butler produces a great low save to prevent the breakthrough.

On 25 minutes, Hannah Hipwell’s dipping free-kick forced the hosts’ goalkeeper into a brilliant save to tip it over the bar. From the resulting corner, the ball fell to Keir Perkins on the edge of the box and she sent her effort on the half volley wide of the post.

Perkins then saw a long-range effort comfortably held by Leah Kellogg as Posh continued to pressure Long Eaton United’s defence. Posh did have the ball in the back of the net on 40 minutes, but the referee pulled back the play back for an offside in the build-up.

Evie Driscoll-King produced an outstanding last-ditch tackle to stop Long Eaton United having a clear one-on-one with Butler and keep the scores level at the break. There were no changes at the break, but the referee pen was in full flow in the second half as Katie Steward and Hipwell were both cautioned in the opening 10 minutes.

Katie Lowder was introduced on 57 minutes, replacing midfielder Faith Horner, to make her debut for The Posh since joining earlier in the week. Chances were far and thin in the second half for either side, as Jess Driscoll tried to produce a moment of magic with some lovely footwork to get into the box but her pull-back to Perkins was intercepted.

On 70 minutes, K. Steward and Kayleigh Aylmer were replaced by Megan Parrett and Beatriz Borque. Moments later, the hosts also had the ball in the back of the net, but the linesman made no hesitations and instantly flagged for offside as their celebrations were cut-short. Cassie Steward’s curling effort was comfortable for Kellogg as the game entered the final 10 minutes.

The deadlock was broken and Posh deservedly found the opening goal when Lowder’s corner wasn’t cleared, recohere into the path of Driscoll and she thunder home on the half-volley from inside the box. Long Eaton United’s Laura Sears had a long-range effort fall well over the bar.

Perkins had the opportunity to seal the points as she raced through on-goal and blasted her effort wide of the target. Lowder was the third player to go into the book in injury time as Posh comfortably held on to secure an important three points away to promotion hopefuls Long Eaton United.