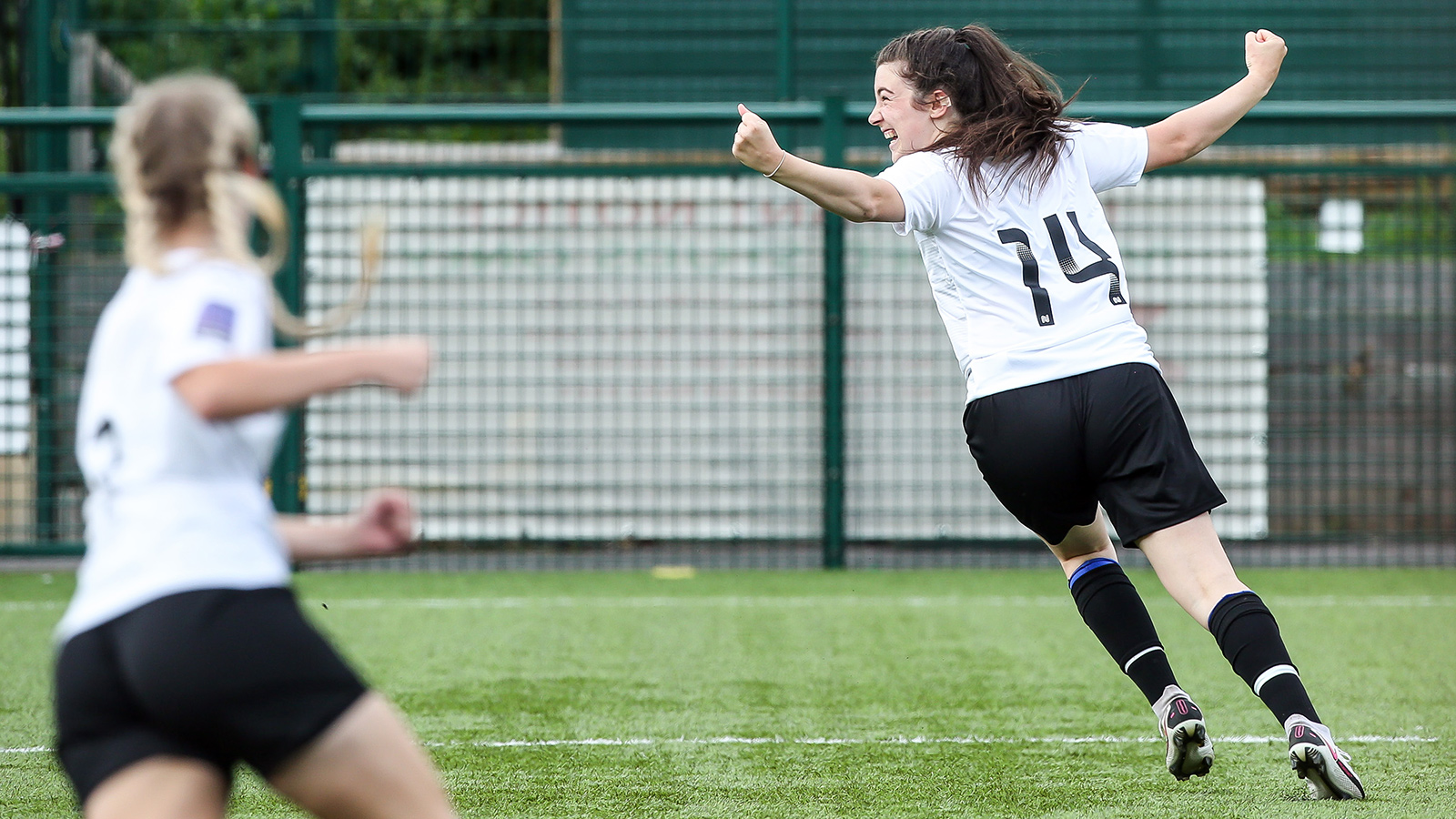 A double from Jess Driscoll helped Peterborough United Women come from behind to earn a hard-fought 2-1 victory over Leafield Athletic Ladies in the FA Women’s National League Division One Midlands, extending their unbeaten run to five games in the league.

Chances were hard to come by in the opening stages of the match, as both sides tried their luck from range but were routine saves for both keepers. The hosts came the closest to breaking the deadlock on 19 minutes as a corner from Daisy-Mai Clements sailed over everyone and looked set to find the back of the net until Destiny Makanjuola was on the line to head clear for another corner.

At the other end, Posh were inches away from opening the scoring on 23 minutes as Keir Perkins curled an effort just wide of the far post after a bursting run from Makanjuola down the left-hand side to tee up Perkins. However, the deadlock was broken two minutes later as Chantelle Teare raced clear, her original effort saved by Butler, but at the second attempt, lifted the ball over the retreating centre-backs and into the back of the net.

Posh instantly replied and brought the score level on 28 minutes as Driscoll used her strength to beat the defender inside the box and slotted past the keeper after Perkins spotted the run of the midfielder. Manager Dan Lawlor was forced into an early change as Cassie Steward picked up an injury and was replaced by Nicole Hendrick on 33 minutes.

Driscoll was expertly denied by the hosts keeper on 38 minutes as her volley from inside the box was tipped over the bar. The hosts thought they had taken the lead minutes before the break as a thunderous free-kick from Laura Broadbent struck the underside of the bar and bounced down, forcing appeals from Leafield players that the ball went over the line, but the referee waved away the protests.

Lawlor made his second change at the break as Amy Butler made way for Neive Corry during the break. Leafield’s number 3 was the first player to go into the book on 50 minutes after a late challenge on Kayleigh Aylmer.

On 54 minutes, Posh got themselves ahead as Katie Steward showed good footwork to keep possession on the edge of the box before picking out Driscoll, her low-driven shot finding the bottom corner. Hendrick tried an ambitious effort from around 35 yards out, but it dropped just over the bar.

Posh made their final change of the afternoon as Katie Steward was replaced by Stacey McConville on 67 minutes, and she nearly made an instant impact as Perkins raced onto a superb ball by Hipwell and played it across to McConville inside the box, but she dragged her effort wide.

Another teasing corner from the hosts caused a moment of panic for Posh inside the box as a small scramble emerged with the ball completely loose, but Corry was quickly out to smother the ball. Driscoll came millimetres to sealing her hat-trick and the three points for Posh as she rose highest from Aylmer corner, but her header was cleared off the line.

Aylmer corners were causing all sorts of problems throughout the game, and on 88 minutes, her delivery looked to be sneaking in at the back-post before it was cleared, only to Connor and her effort was blocked on the line once again.

The hosts had one last opportunity to rescue a point as Clements found acres of space to run into and was one-on-one with Corry before Connor came steaming across to block her effort.