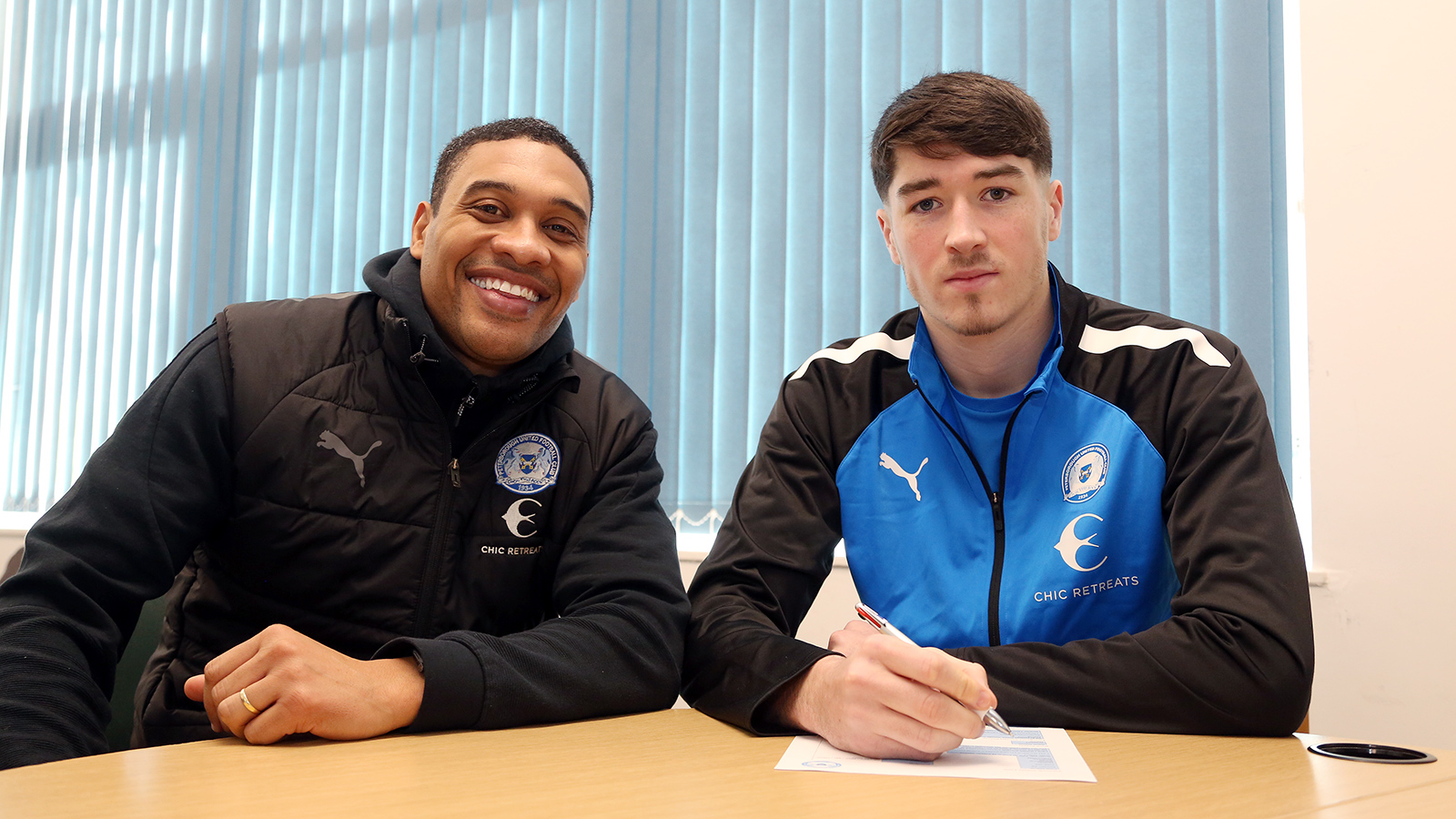 Defender agrees to join the Under 21s group and will return to The Eagles on loan.

Peterborough United U21s have completed the signing of defender Sam Dreyer from Southern League Premier Division Central side Bedford Town on an 18-month Professional Development Contract and he will rejoin The Eagles on loan for the remainder of the season.

Dreyer, who was with Stevenage U18s and spent time on loan at Biggleswade United and Hendon, has already featured in a couple of games for Posh this season in a trial period and wants to replicate the achievements of player progression from the under 21s into the first team.

“I’m really happy to be here,” Dreyer commented. “I have been training here for the last couple of months and all the players and staff have been brilliant with me. The amount of players the club has produced from their academy is something I wanted to be a part of, especially when you look at the achievements of Ronnie, and that’s what I want to replicate. As a defender, I believe I can do both sides of the game. I can be composed on the ball, but also a bit old school.

“My transition from Stevenage to Bedford hasn’t been too bad as I had loan spells at similar clubs before, but I love non-league and have learnt some valuable lessons. Staying at Bedford will be a good mix for me, playing a good amount of minutes each week, but also training at Posh throughout the week, which will help my development even more.”

Professional Development Phase coach, Ryan Semple, said: “He has been around the group for quite a bit now and has been playing regular football at Bedford, which has been fantastic and that loan agreement is still in place, hopefully helping his development even more. A massive thank you to everyone at Bedford, for allowing him to continue playing first-team minutes, while also training at the club full-time and taking part in selected fixtures.

“He’s a competent defender, can be aggressive and is a player that’s comfortable on the ball, with the willingness to play short or go long. We are delighted to have Sam here at the club, we believe he has the potential to progress with us and look forward to working with him for the rest of the season."