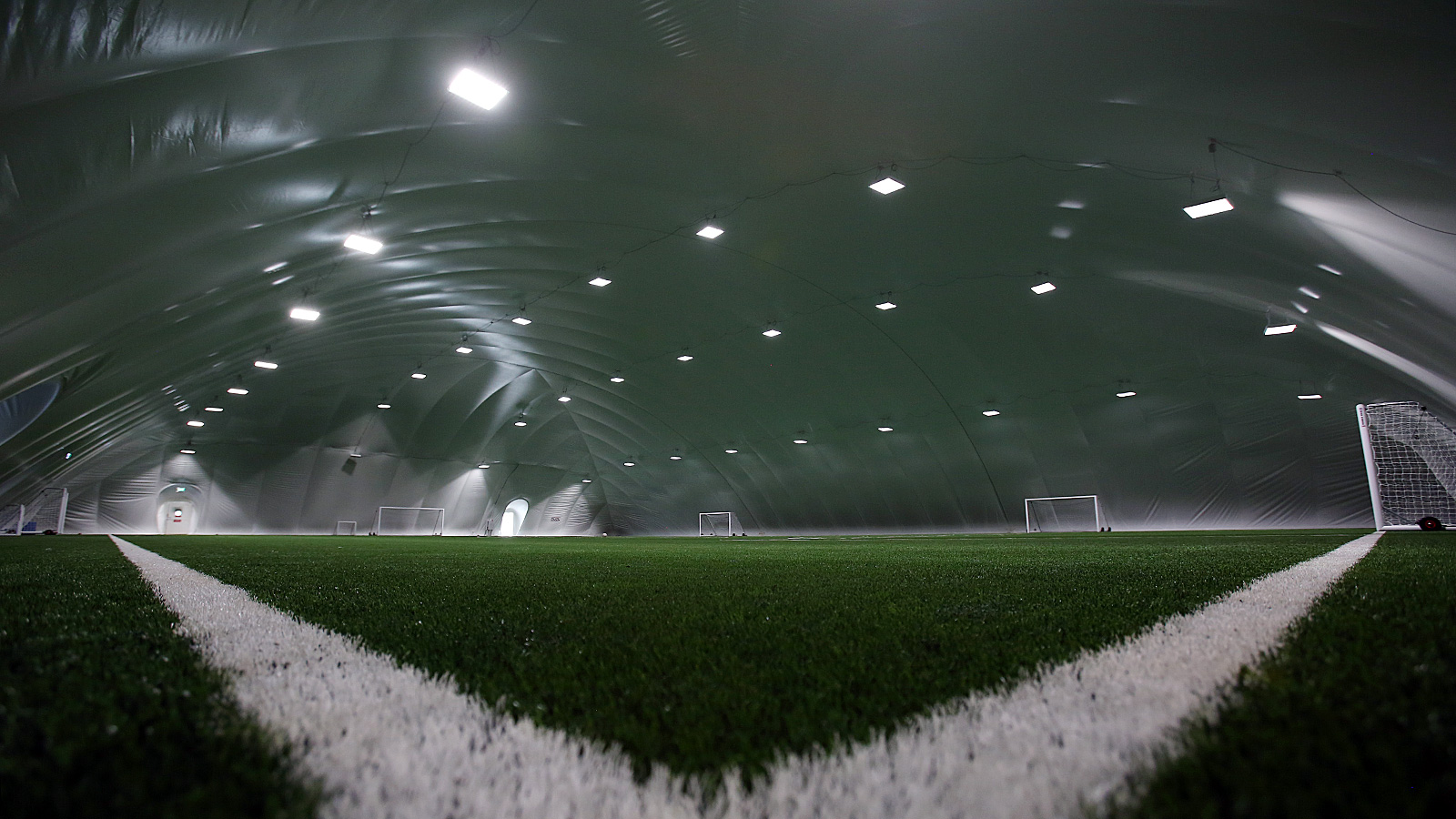 The new £1.7m dome has officially been opened at the training ground.

As part of the club’s Category Two status, Peterborough United Football Club are delighted to confirm that the new £1.7m indoor dome is completed and co-owner Jason Neale was on hand to officially open the new facility ahead of an exhibition fixture between club staff and former players in front of key stakeholders and sponsors.

The dome, which is based at the idverde Training Ground, has taken just under six months to complete, with the Mick George Group undertaking a large proportion of the work on site. Academy Manager Kieran Scarff is delighted that the work is complete and believes it will bring a host of benefits, not just to the football club but the wider community.

“It is fantastic that we have got to this point, and it is a culmination of a lot of hard work by a lot of people. The co-owners really value the importance of this facility, they recognise how beneficial this will be to the club over a long period of time.

“The Mick George Group, one of the club’s partners, have been there from day one, they have seen us through all the infrastructure and grounds work, and have made the vision that we had, come true. Idverde have been superb too and helped tremendously and there have been countless other outside contractors that have played their part.

“It has been a massive project. We employed Julian Dudley-Smith as project manager to oversee it. He has lots of experience and I would like to thank absolutely everyone for their contribution to a project that is going to benefit so many people from Academy development, the Foundation, the Nene Park Academy School and of course the wider community.”

Posh co-owner Jason Neale said: “It’s a been a fantastic 12 months for the academy, led by our esteemed academy manager, Kieran Scarff. We have seen two graduating players in Harrison Burrows and Idris Kanu, and three players, Flynn Clarke, Adler Nascimento and Sam Proctor sold for a total of £1.2 million pounds plus add ons. This year we will see Ronnie Edwards and Ricky-Jade Jones graduate and talking of Ronnie with great pride we have witnessed him make several England international appearances.

“The dome is the final trigger point for PUFC to achieve Category 2 status. This brings significant additional funding, better coaching and a much-improved games programme. In short it will be the catalyst for the next stage in the clubs development and our goal to graduate three players a year into the first team.”

Wayne Penfold, Operations Director at the Mick George Group commented: ‘’This has been a fantastic project to be involved with and one that we’re sure will benefit the Club for many generations to come, in the development of some exciting player talent. Our partnership with the Club extends far beyond the principal shirt sponsorship arrangements and this is just another example of that. We’re pleased to have been able to offer valued experience to ensure this top-quality facility was delivered to the standard it deserves.’’

Following the exhibition fixture, the Academy development centre were able to play a small-sided fixture before the Posh Women team took on the Foundation side.