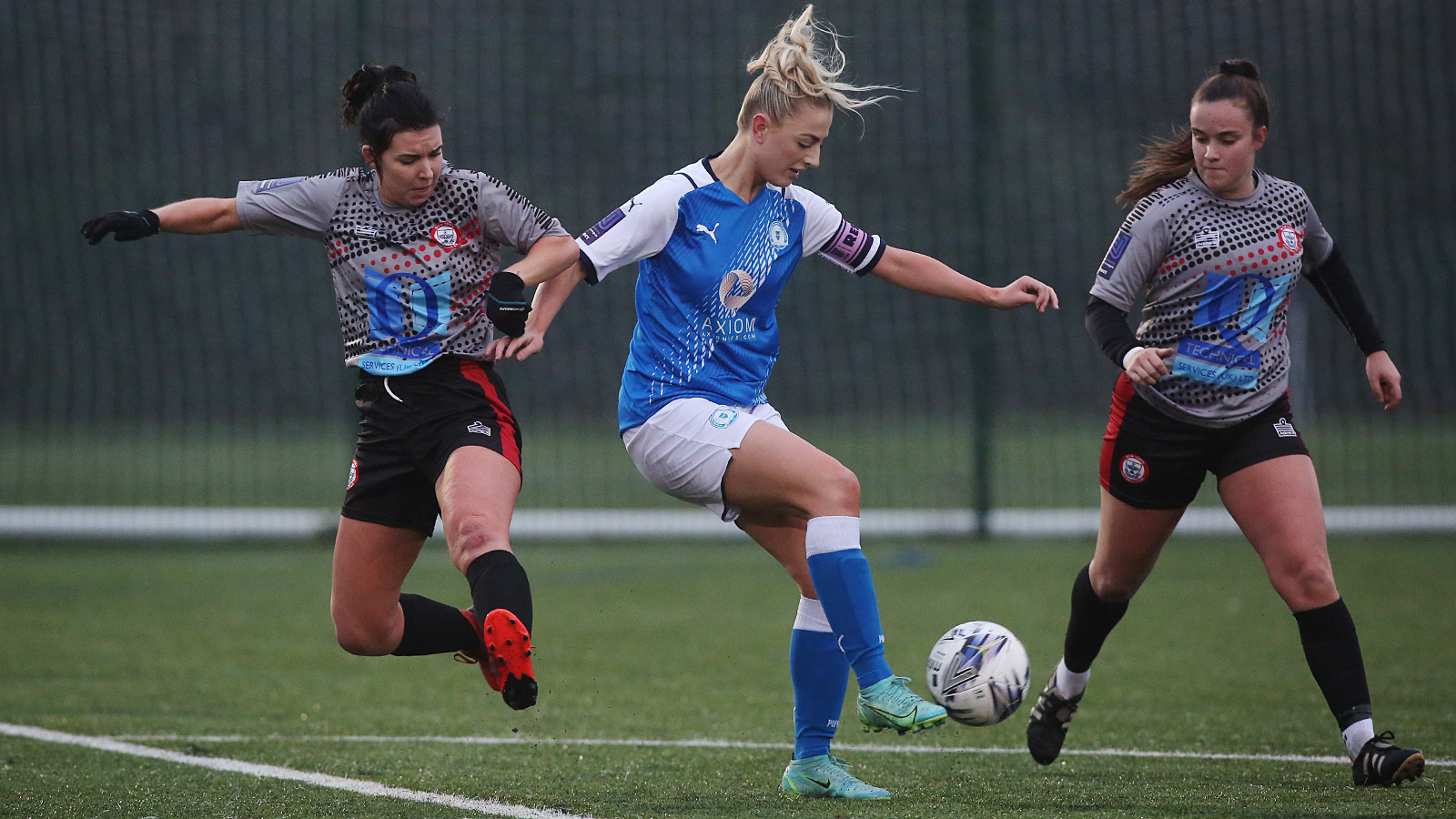 The Posh Women were beaten 3-1 by Wem Town Ladies.

The Peterborough United Women were beaten 3-1 by Wem Town Ladies at the idverde Training Ground on Sunday afternoon in the latest FAWNL fixture, which was the final game before the Christmas break.

Chloe Brown’s side were depleted due to injury and unavailability with six first team regulars including Stacey McConville, Cassie Steward and Megan Parrett all missing. The visitors, who have a number of games in hand on the teams above them, were also missing players but controlled large spells of this game and were 2-0 ahead by the quarter hour mark.

It was inside the opening 90 seconds that Wem Town opened the scoring as a corner kick caused panic in the Posh back-line. They doubled their advantage of 14 minutes and continued to create chances in the opening third of the contest.

However, Posh grew into the game and reduced the arrears before the break as Jess DRISCOLL nodded home from close-range after Hannah Hipwell’s free-kick had been tipped onto the crossbar. Keir Perkins fired over, while Driscoll glanced a Piper O’Neill free-kick wide of the target as Posh pushed for a leveller.

Goalkeeper Amy Butler made a smart stop with her legs while Hollie Lewis produced a last ditch tackle as the visitors threatened a third before the break. Hipwell sent a free-kick over the top from distance while defender Destiny Makanjuola sent a half volley wide of the target from long-range.

Butler then made a string of fine saves before Wem added a third inside the final 10 minutes to secure all three points.

The reserves were heavily beaten by league leaders Derby County in their fixture at the weekend.