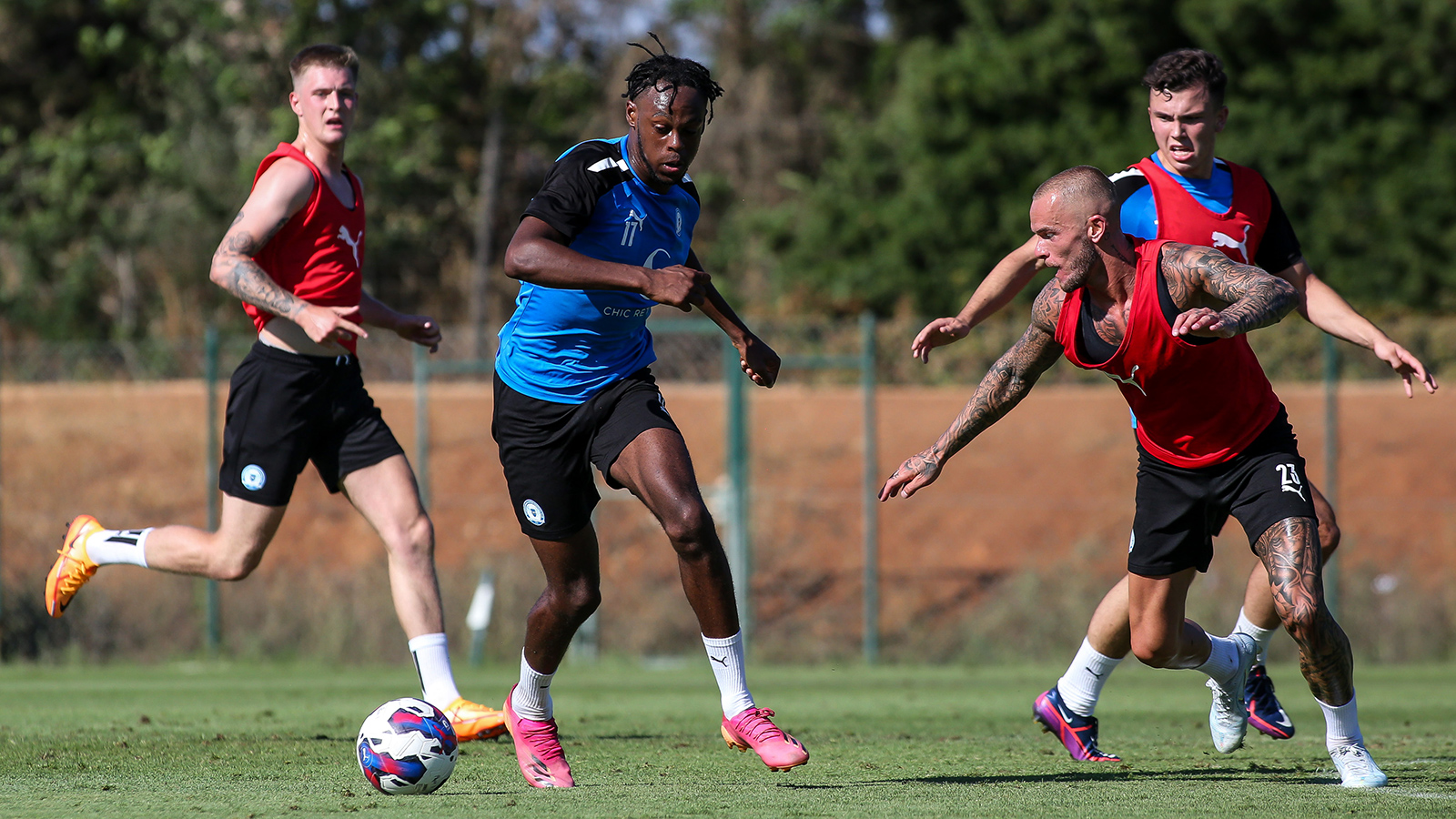 The Posh squad were in 11v11 action on Tuesday evening in an internal fixture.

The Peterborough United squad have ticked off day two in Portugal with the evening session comprising of an 11v11 internal fixture, played in gruelling temperatures.

The game featured five 10-minute halves, but the ball was always in play so there was chance for a breather as both sides played at a high tempo with Jack Marriott and Sammie Szmodics both on target with sublime finishes, which you will be able to see on Posh+.

Manager Grant McCann said: “It was tough for the lads, but I was pleased with them. That particular 11v11 is tough because there are no free-kicks or stoppages, when the ball leaves play, we have people around the edge to get it back in instantaneously, so they are always working. There were some good goals scored but that was the case throughout the day.

“The first two days have been good, we have managed to get double sessions in despite the heat and the players have responded well. We have a game at the end of the week against Leyton Orient, where the players will get 45 minutes each and we have tailored the pre-season in a way to build up fitness.

“It is great to have some of the younger ones with us this week. Will Lakin is a young goalkeeper who we have been impressed by since we came into the building, Benjamin Mensah we haven’t been able to see too much of because he was injured when we arrived but he has been training well, Charlie O’Connell has trained with us pretty much every day and Joe Taylor has been around it as well. It is good for those players because they will learn a lot, but it is also good for the rest of the squad to have them involved because it shows the quality of the Academy and the recruitment of young players.”