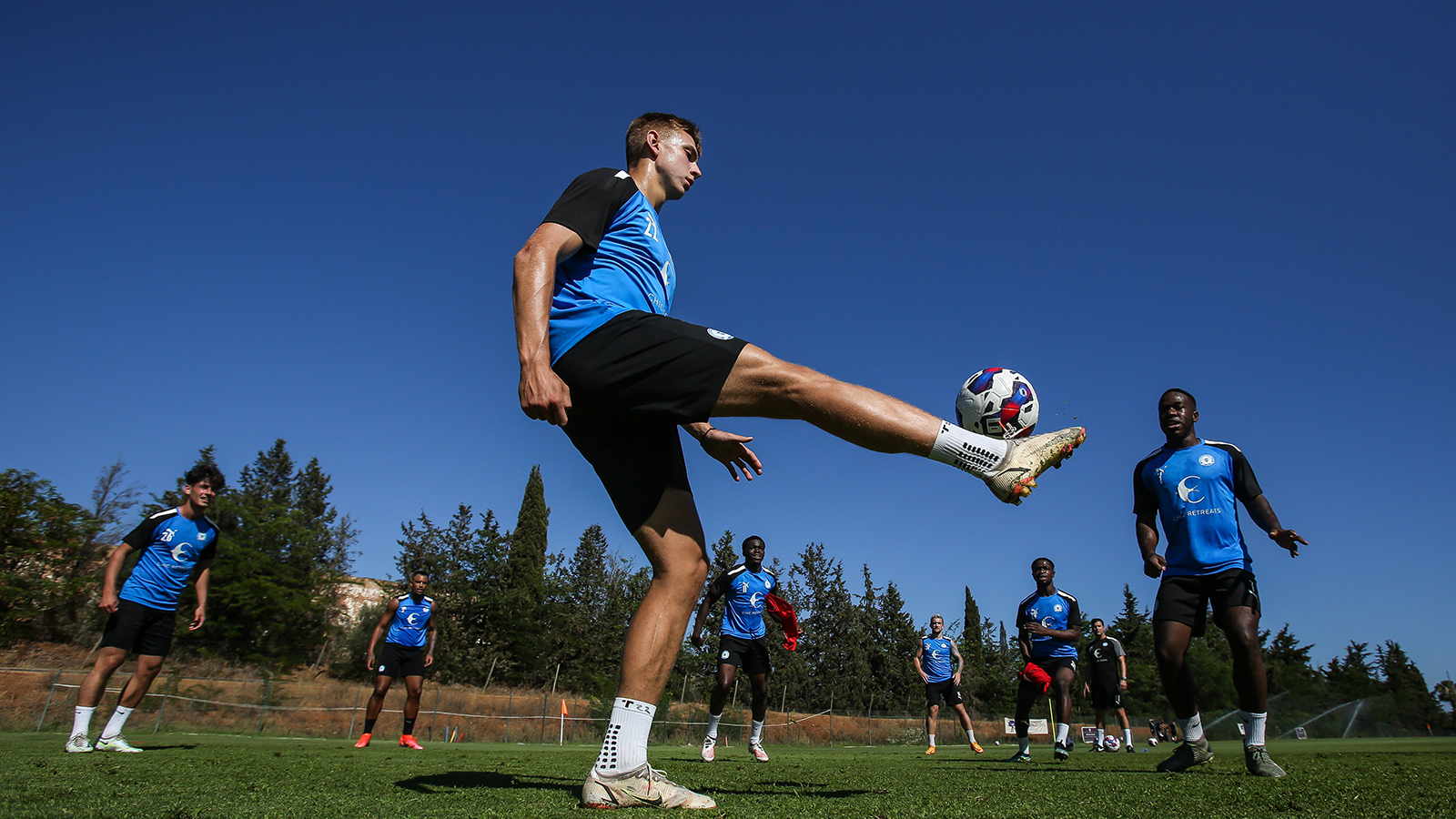 The evening session in souring temperatures was tough work for the Posh squad.

Following the opening session earlier in the day, the Peterborough United squad were back at it in the evening as the temperatures rose in Portugal with the players completing a session which involved plenty of hard work, but plenty of goals too!

Summer signings Harvey Cartwright, Lucas Bergstrom, Ben Thompson, David Ajiboye and Hector Kyprianou have settled into life at Posh quickly. It is another double session for the players on Tuesday with a fixture with Leyton Orient scheduled at 11am on Friday.

Assistant manager Cliff Byrne said: “It has been a good first day for the players. We revisited the 1k time trial that we have done a few times during the pre-season schedule. It gives us a good benchmark to see where we are. We then went straight into some drills, all about ball retention with a few themes running through it.

“In the evening, we opened the pitch size up and worked through a transition game we like to do. It is tough for the players, it always is on the first day when you consider the travelling the day before but they have come through it well. We will be listening to the sports science department as we build through the week with the game against Leyton Orient on Friday.

“We plan for players to play 45 minutes in that game and then as we move through pre-season, we will get the minutes into the legs ahead of the start of the campaign. The lads all had a programme to stick to during the off season, an individual plan, and they have all come back in good shape.”