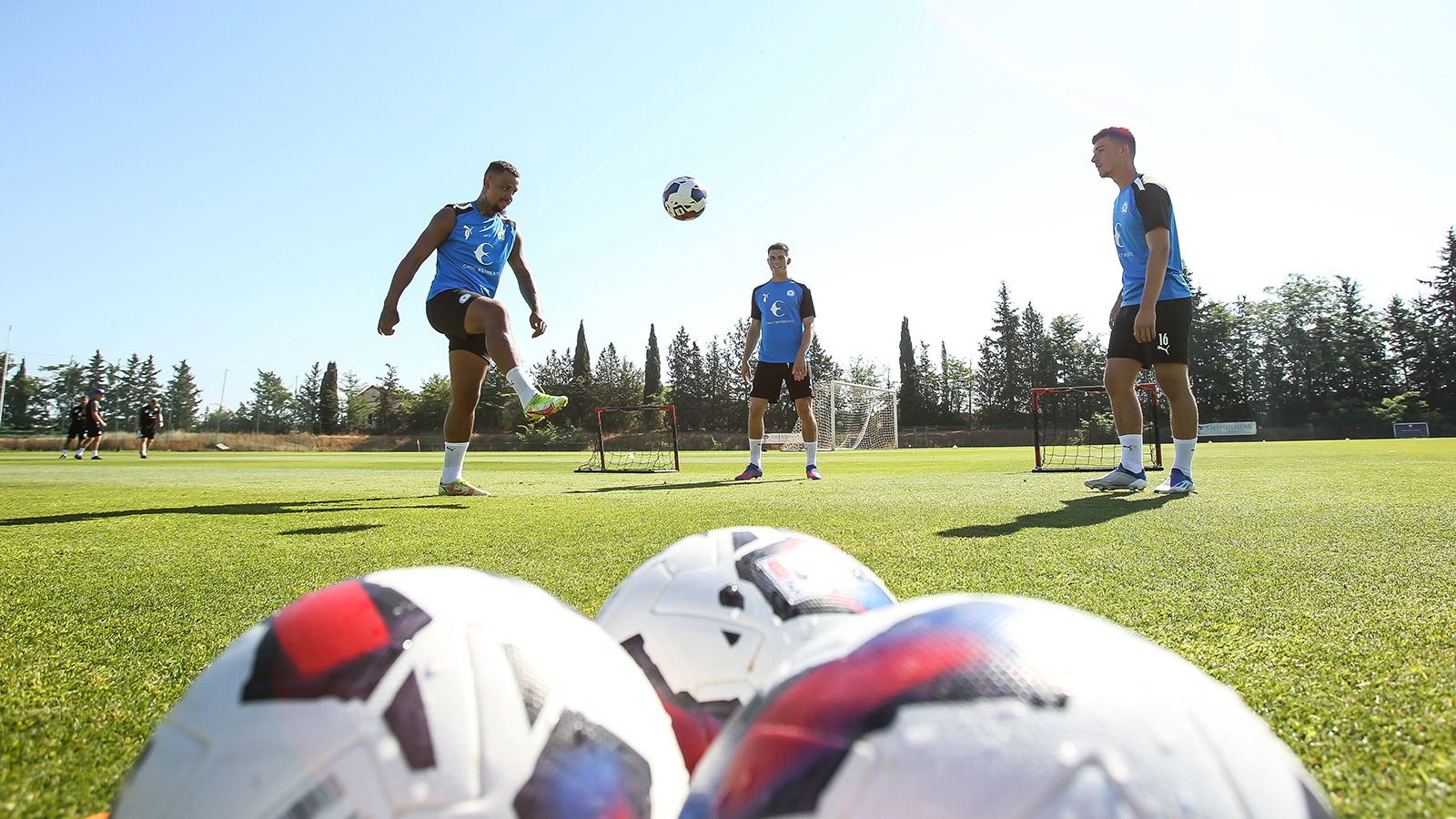 Day Four: Tough Session For Players Ahead Of Friendly

The Posh squad were back on the grass on Thursday morning as preparations are finalised for first friendly.

The Peterborough United squad were back on the grass on Thursday morning as preparations stepped up a notch ahead of Friday morning’s first pre-season friendly against Sky Bet League Two side Leyton Orient, which will be taking place in Lagos, around 30 minutes from the club’s current training base.

While the goalkeepers, under the focus for a Posh+ feature, were going through their drills with Goalkeeping Coach Mark Tyler, the outfield players were completing possession drills and games before they came together for some high intensity, small side-sided games.

The squad then worked on shape ahead of the game with the O’s before a finishing drill for the attacking players.