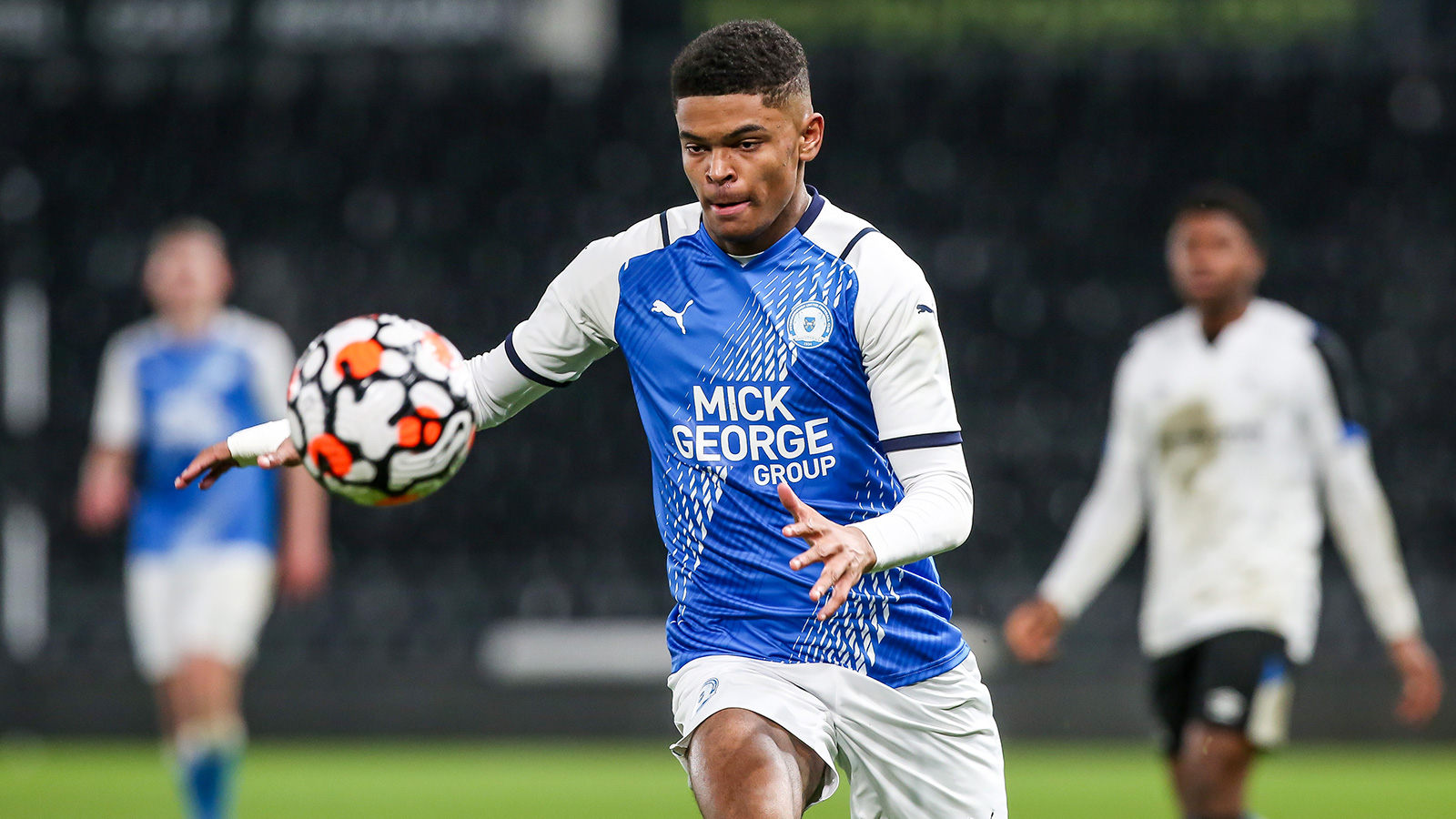 Darlington On Target As Under 18s Beaten

Lewis Darlington netted the Posh goal but the under 18s were beaten by Sheffield Wednesday.

The Peterborough United under 18s returned to action after the Christmas and New Year break on Saturday, but in difficult conditions, suffered a 2-1 by Sheffield Wednesday at the idverde Training Ground.

In wet conditions, Posh played the better football, but the Owls left with all three points despite a goal from striker Lewis Darlington. Jamal Campbell-Ryce’s men fell behind in the first period but levelled before the visitors re-took the lead.

The visitors, who changed shape midway through the first half to match up the Posh formation, were fortunate in the second 45 minutes as the referee waved away protests for a penalty kick after a foul on the goal-scorer Darlington.

Gabe Overton struck the post in a one-v-one situation, while at the other end, goalkeeper Matt Laycock made a number of decent stops.