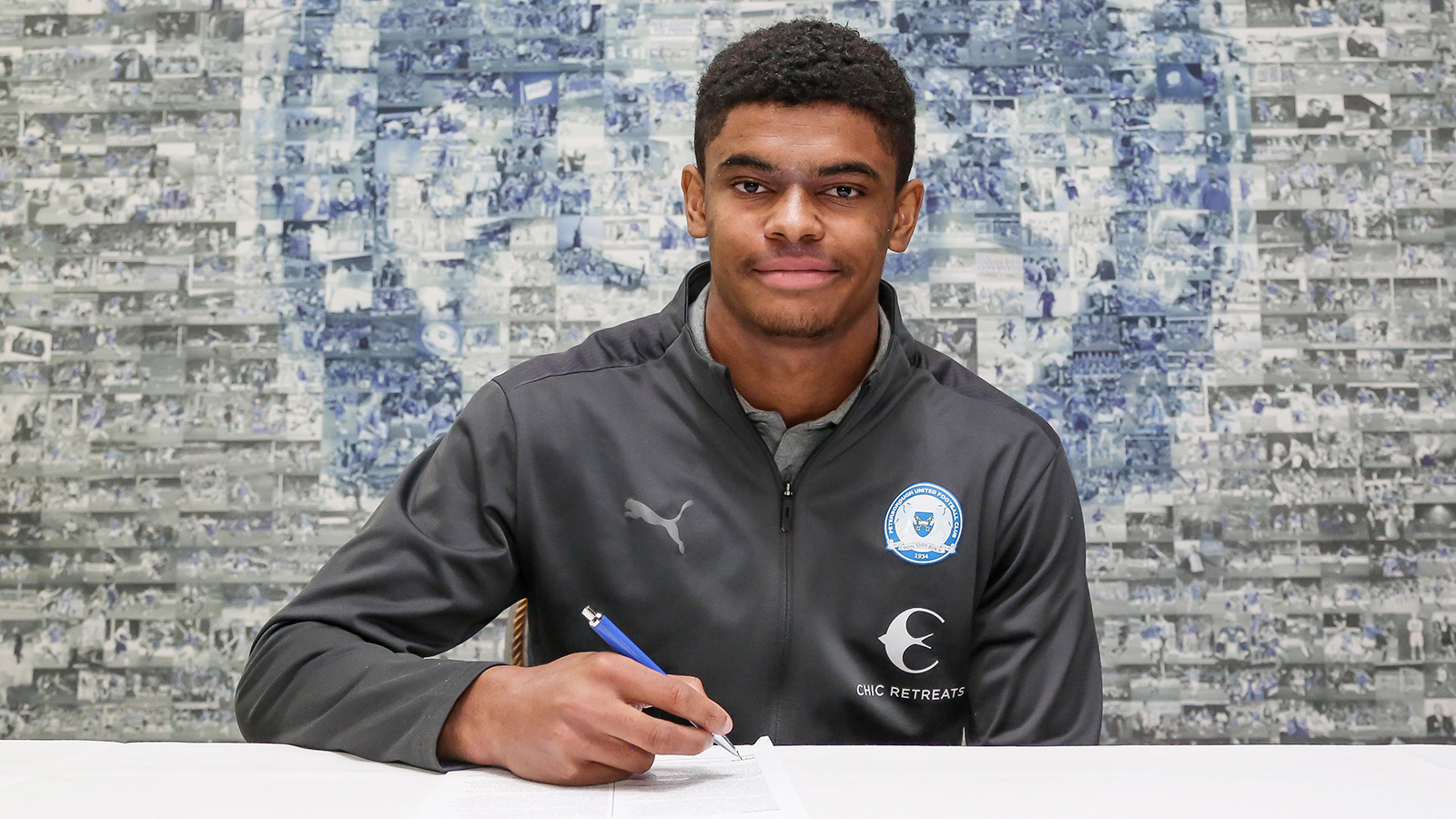 Striker Lewis Darlington is hopeful of building on a positive start at Peterborough United after agreeing a two-year professional development contract with the former Nottingham Forest Academy graduate hoping to become a regular within the under 23 group next season.

Darlington, who missed the final few weeks of the season with a hamstring injury, has been in good goal-scoring form this term for both the under 18s and within the under 23 fixtures and Academy Manager Kieran Scarff said: “Lewis is academically very intelligent. Every young player within the Academy needs to complete the education framework of their course and he has not only done that, but with the help of teachers at Nene Park Academy, he is has also been doing A-Level Maths.

“He is very calm, very rational, and like a few others, he has had to deal with a few injuries this season. His two-years have been a little stop-start, but he has shown resilience to deal with those injuries and has bounced back well. You can have some really detailed conversations with Lewis when it comes to football. He is a deep thinker.

“In terms of the way we want our centre forwards to play at this football club, he ticks a lot of the boxes. He is quick, direct, he will press out of possession and he has scored a good number of goals within the under 18s and under 23s and I am sure he will kick on.”

Darlington added: “It has been a tough season because of the injuries, but it has finished on a really good note with this contract. I feel that I have come out of it a better player and a better person. I am looking forward to the future now and building on what I have learned this year. I am always striving to improve and get better.

“I like to look at other strikers, their movement and how I can get the most out of my game. I want to score goals and be direct and cause defenders problems, but you have to work on your all-round game both in and out of possession and be a team player.”