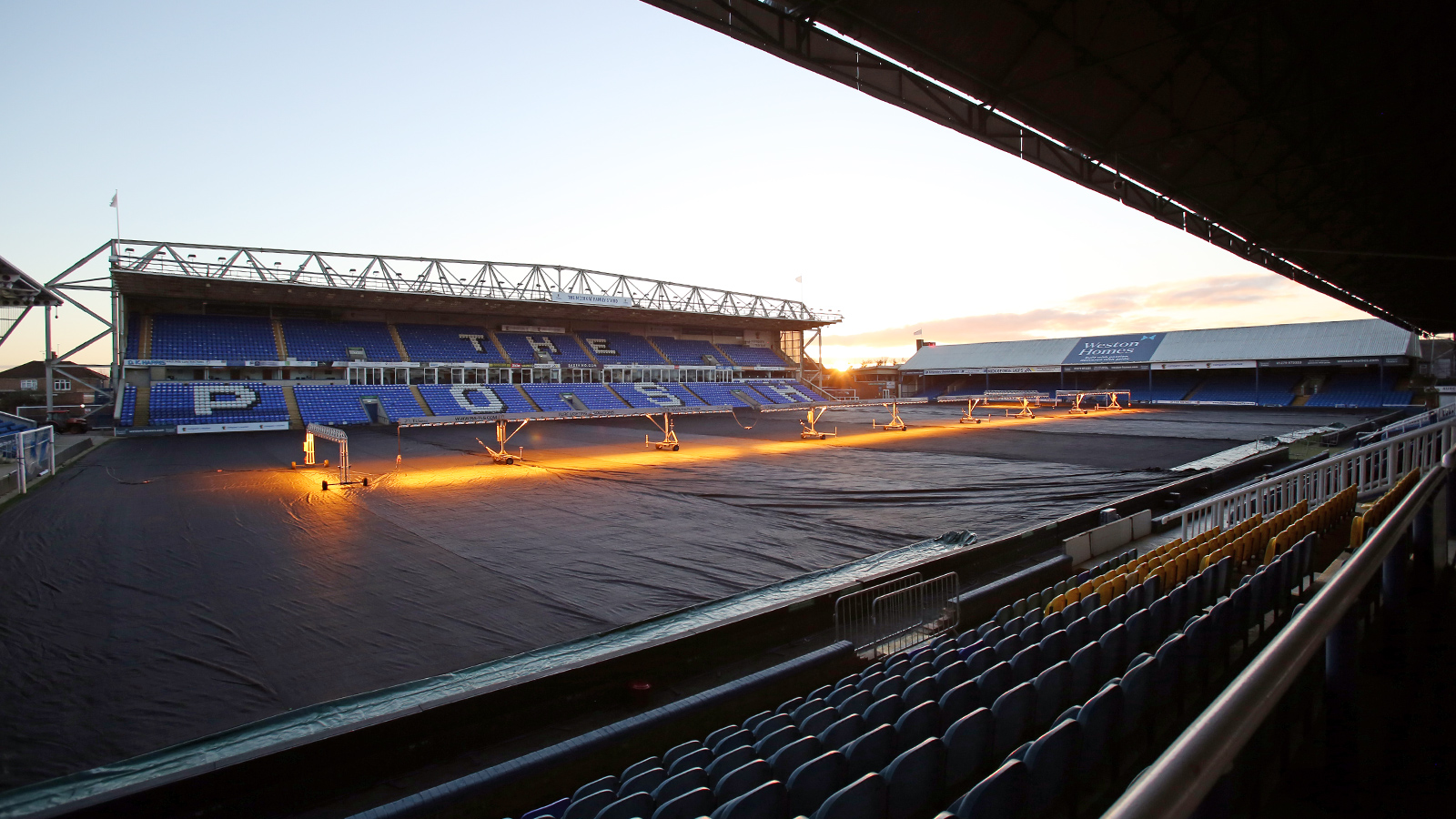 The football club have now concluded the investigation, in conjunction with our pitch maintenance contractor idverde, into the events leading up to the postponement of the Sky Bet League One fixture between Peterborough United and Charlton Athletic on Saturday 21st January.

Throughout the week leading up to the fixture, we were monitoring the temperatures and acted accordingly. It was apparent that whilst temperatures overnight were below freezing, during the day, the temperatures were high enough to defrost the surface.

On Wednesday, the club’s frost covers were deployed in conjunction with the existing pitch lights and at this point, the groundsman reported that the ground was soft. The frost covers that the club have cover the entire pitch and are effective to approximately -3 degrees, but with the addition of the pitch lights, which cover approximately 15% of the pitch at any one time, at this point, there was no reason to feel there was any problems leading into the latter part of the week.

In fact, the daytime temperatures on the Thursday and Friday of the week rose to above four degrees and the weather forecast for Friday into Saturday were very similar to what had already been experienced in the previous 24 hours.

On Thursday, the groundsman made the additional decision to stay at the stadium overnight into Saturday morning to move the lamps gradually across the pitch to keep as much heat into the ground as possible minimising the risk of any heavy frost penetrating the surface.

On removal of the covers and lights on Saturday morning, the pitch was not frozen and was playable at 9am. Unfortunately, the predicted rise in temperatures did not materialise and in a small section of the playing surface, there were a few concerns, which on arrival of the match referee, were echoed by that official.

The referee advised the groundsman to redeploy the pitch lights, which he did and everything was done to try and thaw out that section. The match referee wanted to give the pitch as long as possible to become playable but he made the decision, after discussions with both managers, to postpone the fixture at 1.30pm.

The club immediately made that decision public via our official channels in conjunction with our visitors Charlton Athletic.

Interim CEO Leighton Mitchell commented: “Firstly on behalf of the football club, we can only reiterate our apology to both sets of supporters and our visitors Charlton Athletic for the circumstances surrounding the postponement of the fixture.

“Whilst the postponement of the game was made by the match referee at 1.30pm, we accept that as a football club, there are things we could have reacted to differently. Whilst the pitch was undoubtedly affected by the change in forecasted temperatures on Saturday morning, we do recognise that in hindsight, we could have left the pitch covers and lights on the surface for longer and contacted the match official earlier for guidance.

“The football club and idverde tried to do everything possible to ensure the game would go ahead despite difficult circumstances. We recognise the frustration of supporters and make it very clear that we will learn from the postponement and have put in place procedures to ensure the postponement of a fixture at the Weston Homes Stadium that close to kick-off doesn’t happen again, certainly from anything that the club can impact upon.”