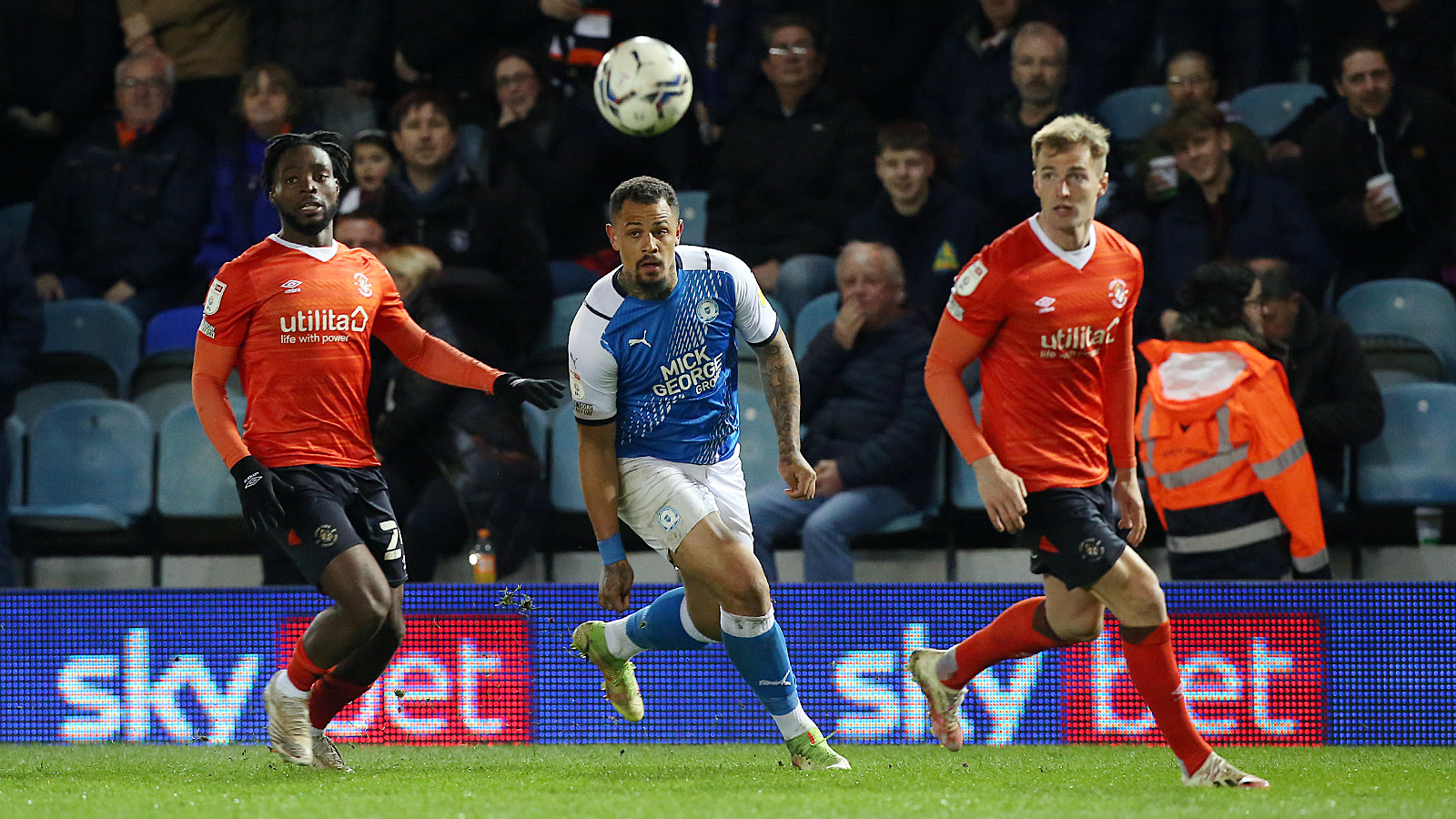 Jonson Clarke-Harris netted a deserved late equaliser for Posh to earn a 1-1 draw with Luton Town.

Peterborough United picked up a deserved point against Luton Town thanks to a late Jonson Clarke-Harris header, but will feel they should have taken all three points after missing a couple of presentable chances in front of goal.

Posh were a whisker away from a breakthrough on five minutes as a corner kick from Joe Ward was met powerfully by Frankie Kent, but goalkeeper James Shea made a fine save. Shea was at it again moments later as Harrison Burrows let fly from distance, the keeper doing well to parry it to safety.

Fuchs and Mpanzu were both cautioned for fouls within 60 seconds of each other as referee Thomas Bramall stamped down his authority. The powerful Adebayo was superbly denied by goalkeeper Dai Cornell on 18 minutes after a deep cross to the back post.

Luton were forced into a change just after the half hour mark as Henri Lansbury replaced the injured Cameron Jerome. Kwame Poku fired wide with his left-foot after a slick Posh move with Josh Knight providing the overlap on the near side.

Ward saw a shot blocked on 41 minutes before Jack Marriott was shown a yellow card after a small melee following the award of a free-kick to the visitors. Cornell made a smart stop to keep out substitute Henri Lansbury’s effort two minutes into the second half.

The visitors opened the scoring on 48 minutes as a low cross from the right was turned home from close-range by Danny HYLTON. Marriott saw a near post effort kept out by Shea as Poku also saw a shot blocked.

Poku fired over from long-range after wriggling into a bit of space on 65 minutes as Posh pushed for a leveller. Grant McCann made a change two minutes later with Ricky-Jade Jones replacing Marriott in attack. Jones was cautioned on 73 minutes with Kent and Campbell booked moments earlier.

Posh made another change as the game entered the final quarter with Sammie Szmodics replacing Kent as McCann switched formation. Jones should have levelled as the game moved towards the last 10 minutes as Ward picked him out at the back post, but he couldn’t adjust and fired wide.

Posh levelled the scores on 87 minutes as a delicious cross from Ward was powered home by CLARKE-HARRIS for his 10th goal of the campaign. Deep into stoppage time, Clarke-Harris struck the post from 25-yards after a rousing finale before the referee brought an end to an entertaining contest.