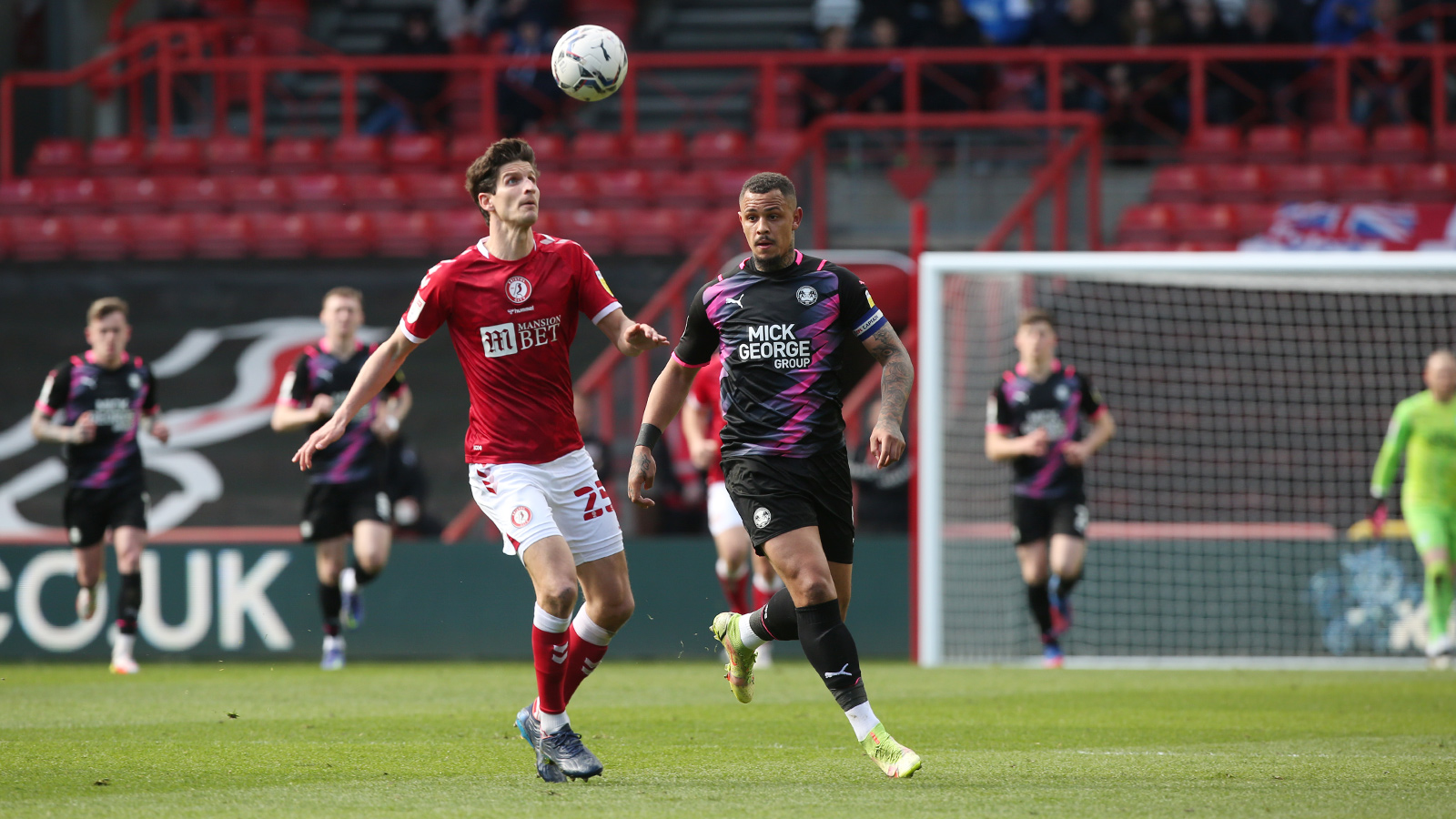 Peterborough United were reduced to 10-men and were 1-0 down behind at the time, but a battling performance secured a point as Jonson Clarke-Harris netted a second half equaliser for his 11th goal of the campaign.

Nahki Wells wasted a golden chance to open the scoring for the hosts on 10 minutes, but he couldn’t divert a cross-shot from Jay Dasilva towards goal from close-range. Kwame Poku saw a shot blocked after a good run and cross from Jones on 14 minutes.

Poku showed off some impressive close control in a tight area moments later to beat two defenders, but eventual shot was blocked. Posh were a whisker away from the breakthrough on 27 minutes as a crisp strike from Joe Ward cannoned against the post before rebounding to safety.

Szmodics was expertly denied by Bentley on 31 minutes after a good flick from Poku set the former Bristol City man away down the right-hand channel. Szmodics dragged a left-footed effort wide of the target after an intelligent flick-on from Clarke-Harris on 36 minutes.

The hosts opened the scoring against the run of play as a left-wing centre was powered into the back of the net by central defender Rob ATKINSON on 42 minutes.  Bentley was well placed to keep out a Szmodics curler as the first half moved into three minutes of stoppage time.

Clarke-Harris fired a free-kick over the crossbar two minutes after the re-start after a foul on Szmodics. Poku fired over on the half volley on 51 minutes after Fuchs kept a corner kick alive around the edge of the box.

Posh were reduced to 10-men on 59 minutes as Ward was shown a straight red card for a foul by referee John Brooks. Martin curled the resulting free-kick from 25-yards over the crossbar. Grant McCann made a double change moments later with Frankie Kent and Jack Marriott replacing Szmodics and Jones.

Posh drew themselves level just after the hour mark and it was in-form Jonson CLARKE-HARRIS on target, forcing the ball home from close-range after a free-kick caused panic in the Bristol City back-line. Klose headed over at the other end as the home side went close to re-taking the lead.

Jack Taylor was next to have a go, this time from fully 35-yards, but it flew just over the crossbar with Bentley at full stretch. A Massengo effort from the edge of the box was tipped over by Cornell on 72 minutes as the Robins pressed.

The experienced James whipped a shot over the top on 82 minutes as Posh again defended their six-yard box courageously. Edwards was shown a yellow card two minutes later for a shirt tug.