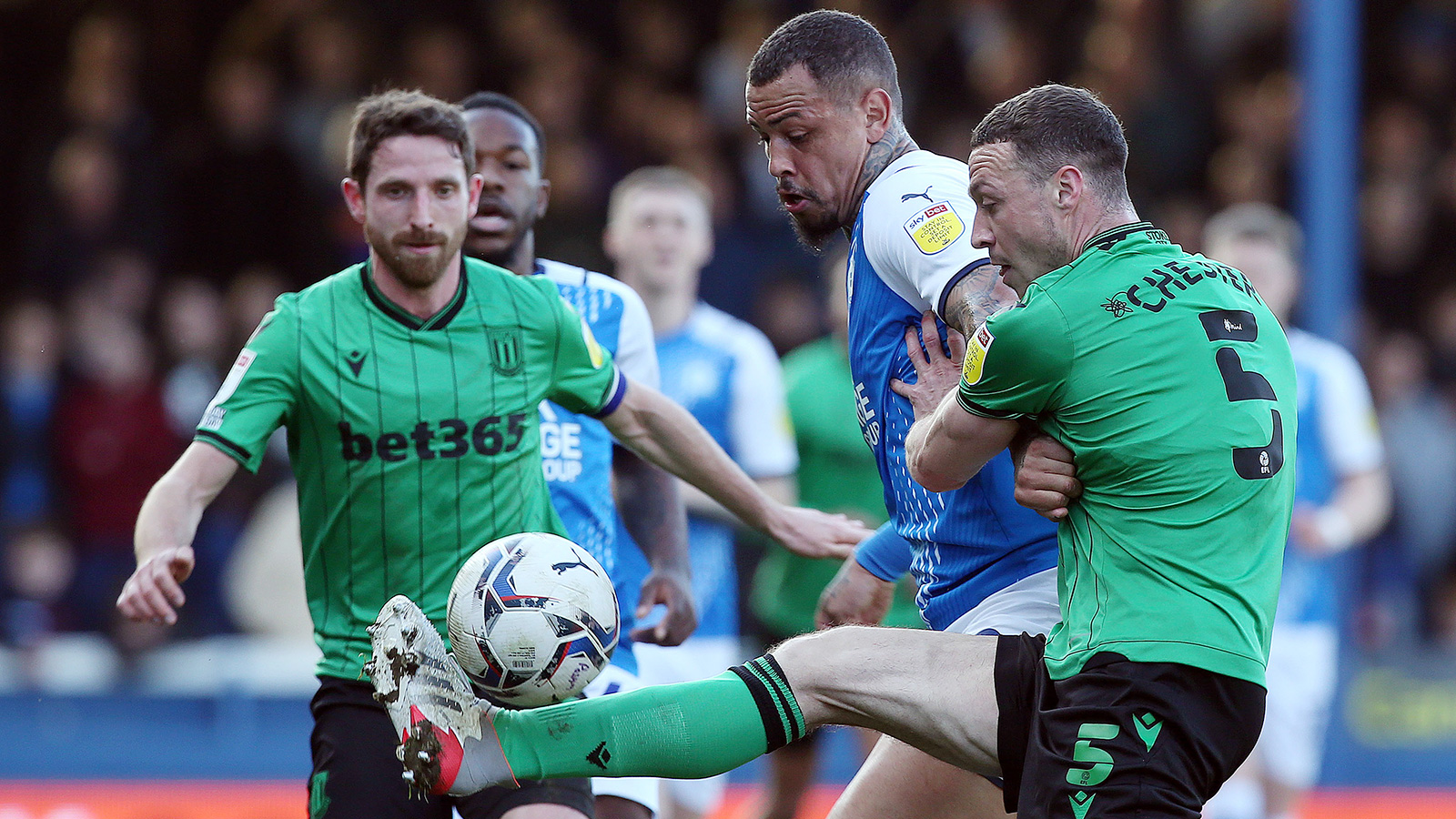 Jonson Clarke-Harris netted a late equaliser to earn Posh a share of the spoils against Stoke City.

Jonson Clarke-Harris and penalties in injury time go together like Ant and Dec and the powerful front man as at it again as his spot-kick, just as the clock ticked over the 90-minute mark, earned a 2-2 draw with Stoke City at the Weston Homes Stadium.

It was Clarke-Harris who levelled in the first half after Jacob Brown’s opener for the visitors while Stoke netted a penalty of their own after Josh Knight was harshly adjudged to have handled in the box allowing Lewis Baker to convert from the spot. Clarke-Harris’ penalty earned Posh their second point of the week ahead of Wednesday night’s clash with Swansea City.

Dai Cornell produced a fine fingertip save to divert a Lewis Baker effort onto the post on eight minutes before Jacob Brown glanced a header wide of the target as the team from the Potteries made a lively start in the sunshine at the Weston Homes Stadium.

The visitors opened the scoring on 26 minutes, the ball was played into the right hand channel and Jacob BROWN took a touch before firing low across Cornell and into the bottom corner. Posh drew themselves level on 32 minutes and it was a sublime finish from Jonson CLARKE-HARRIS who collected a lay-off and curled a fine effort past Bonham and into the corner.

Kent nodded a Burrows free-kick over the top on 35 minutes after Clarke-Harris was upended by the experienced Joe Allen. Allen was cautioned in first half stoppage time for a foul on Burrows. Stoke made a change at the interval with former Sunderland front man Josh Maja introduced for Duhaney.

Thompson fired a presentable opportunity over the bar on 56 minutes as Stoke nearly caught Posh cold on the counter-attack.  Grant McCann made a change ten minutes later with Ricky-Jade Jones replacing Marriott in attack.

Goalkeeper Bonham had a lucky escape midway through the second half as he dropped a Ward centre onto the back of Clarke-Harris, but it dropped wide of the target. Bali Mumba replaced Burrows as McCann made his second change on 70 minutes.

An acrobatic overhead kick from Taylor was fairly routine for Bonham as Posh pushed for a second goal. Josh Tymon cracked a left-foot drive wide at the other end after Posh failed to clear a right-wing centre.

On 82 minutes, the visitors got their noses in front as the referee spotted a handball in the box as a cross popped up and hit Knight on the hand. Lewis BAKER stepped up and sent Cornell the wrong way from the spot.

Posh found a leveller as the game entered five minutes of added time, Jones felled in the box by Horwood-Bellis after a lively run and CLARKE-HARRIS coolly sent the keeper the wrong way from the spot.