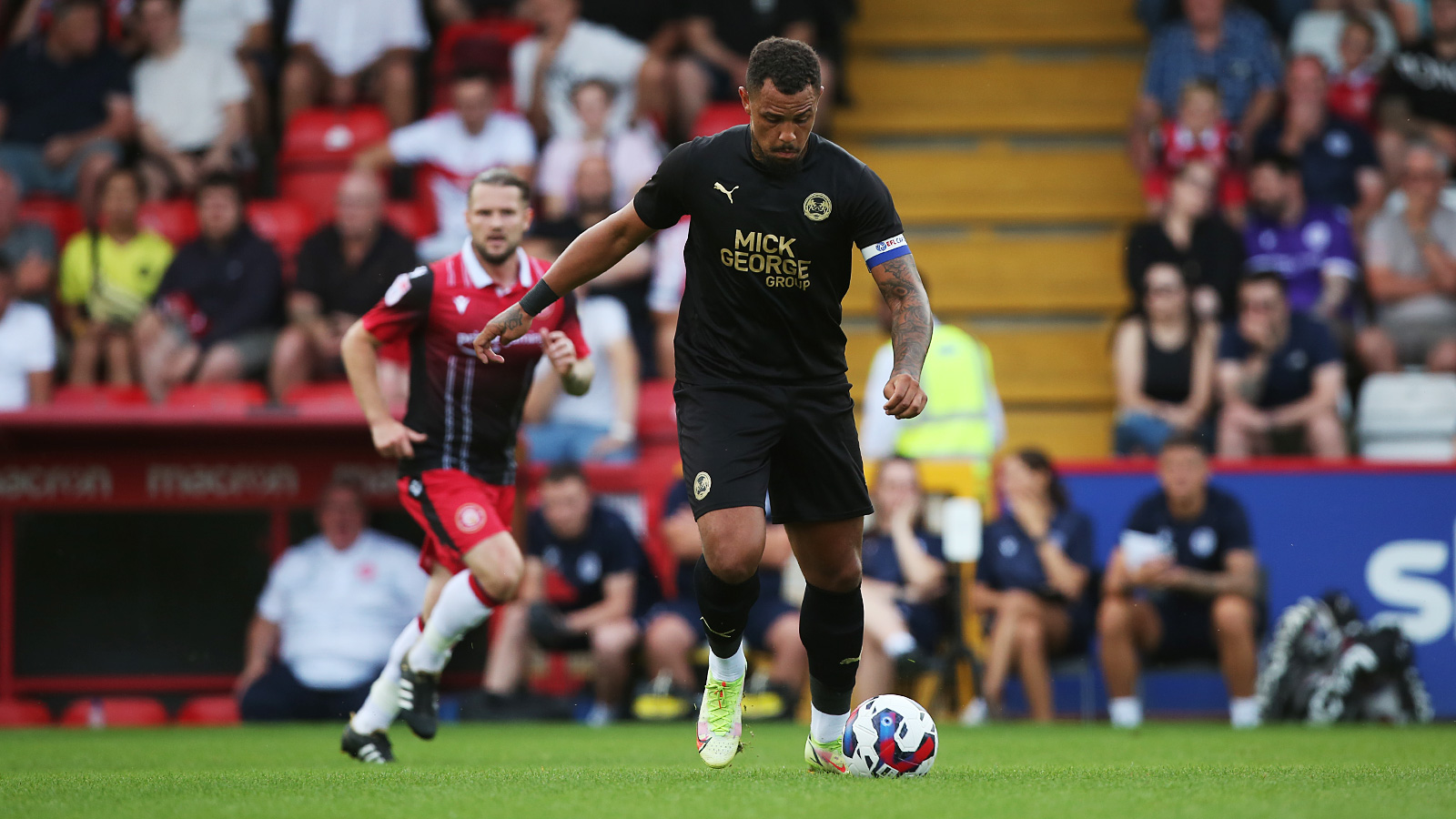 Jonson Clarke-Harris netted an equaliser to earn Posh a 1-1 draw at Stevenage.

Peterborough United remain unbeaten in pre-season after a hard-fought 1-1 draw with Sky Bet League Two side Stevenage at the Lamex Stadium in a game that was the battle between the two number nines, Luke Norris netting for the hosts with Jonson Clarke-Harris heading home an equaliser.

Grant McCann was without the services of Ben Thompson, Joel Randall, Jack Marriott and Kwame Poku through a variety of knocks and illness and lost the services of Nathan Thompson midway through the first half with youngster Mackenzie Lamb performing admirably on his first appearance in Posh colours.

Posh were actually quick out of the blocks and forced goalkeeper Aaron Chapman into a number of saves, the former Accrington Stanley man denying Joe Ward at the near post and Sammie Szmodics expertly after a clever reverse pass from the lively Clarke-Harris.

Stevenage were given the opportunity to open the scoring from the penalty spot on 18 minutes after Ronnie Edwards was penalised for a foul in the box. NORRIS stepped up and sent Harvey Cartwright the wrong way from the spot.

Cartwright kept out the nippy Elliott List and Edwards produced two really good pieces of defending as Steve Evans’ men caused a few problems for the Posh back-line. In the second half, Posh drew themselves level as a wonderful Harrison Burrows cross was headed home expertly by CLARKE-HARRIS for his third goal of pre-season.

McCann changed his entire 11 on the hour mark and Evans made nine changes five minutes later, which meant the final third was rather fragmented. Jack Taylor saw a shot blocked but chances were few and far between in the final half an hour.

McCann said: “There are quite a few things we need to work on, but pre-season is about getting minutes in the tank and that was the exercise. It was always going to be a tough week getting back from Portugal and having two games in two days, but it was structured that way for a reason.”