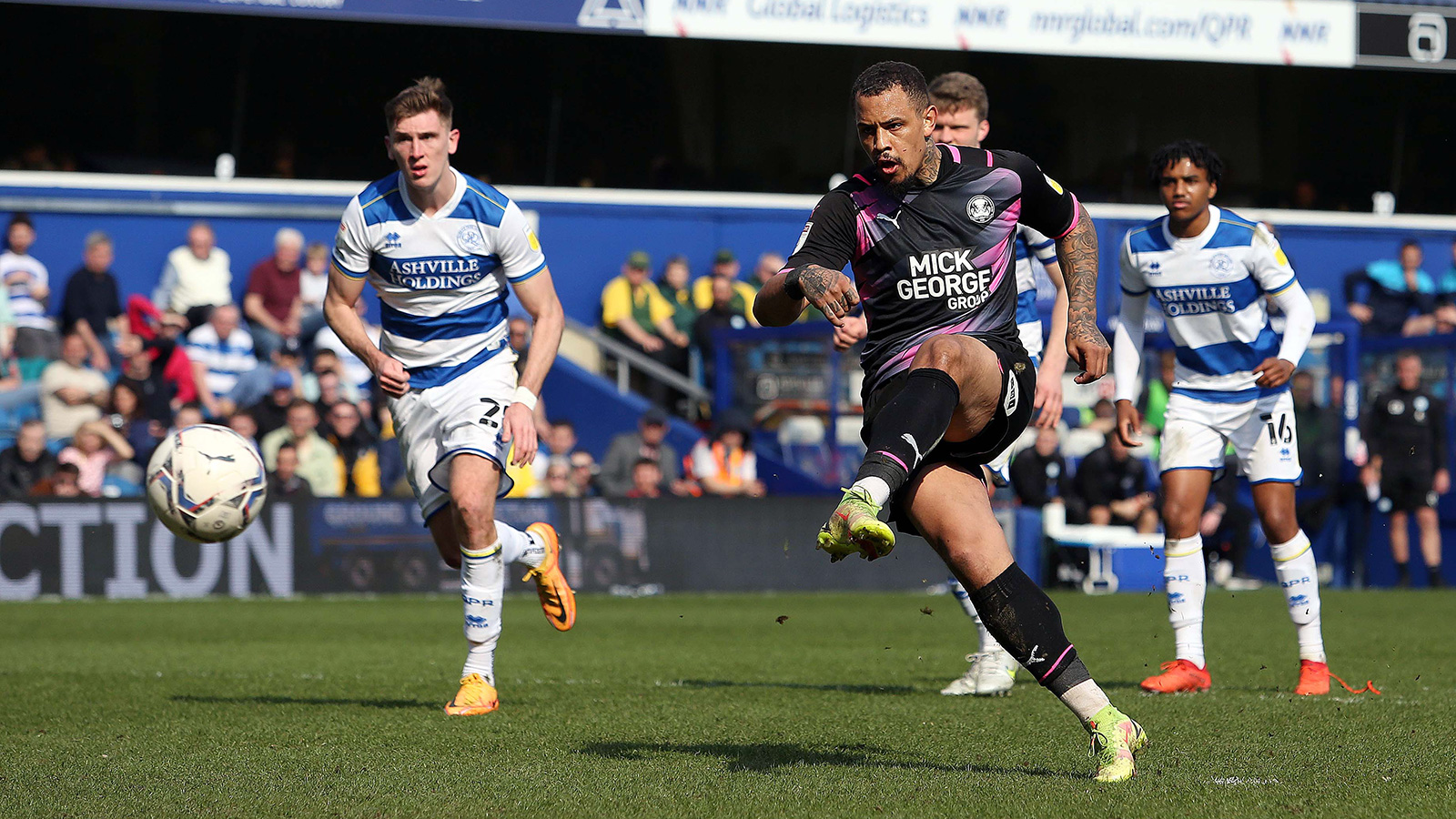 Jonson Clarke-Harris took his tally for the season to nine with a double as Posh came from behind to beat Queens Park Rangers.

Peterborough United registered their second away win of the campaign and first under the leadership of Grant McCann as a double from Jonson Clarke-Harris and a stunning Jack Marriott effort earned a deserved 3-1 victory at the Kiyan Prince Foundation Stadium.

Sammie Szmodics was denied by goalkeeper Keiren Westwood inside the opening three minutes after a defensive error as Posh tried to make a positive start. The home side broke the deadlock on eight minutes as Luke AMOS won the ball in midfield, advanced and curled a shot into the bottom corner from around 28-yards.

Ilias Chair fired wide from long-range on 12 minutes as Posh appealed for a foul on Jonson Clarke-Harris in the centre circle. Gray lobbed an effort wide of the target as Posh were caught in possession in their defensive third.

Posh were a whisker away from levelling the scores on 20 minutes as a Knight header picked out Szmodics on the edge of the box, his well-struck left-footed half-volley clipped the top of the crossbar with Westwood stranded.

Chair fired wide of the far post as the ball landed at his feet on 29 minutes as QPR came close to a second after a prolonged spell of possession for Grant McCann’s men. The Hoops struck the post on 38 minutes as an Adomah cross was met by Gray, but the woodwork came to the rescue for Posh.

At the other end, Posh got themselves level as a Marriott effort was parried by Westwood and there was CLARKE-HARRIS to rifle home the rebound with that trusty left-foot. A corner from Chair, who scored from one at the Weston Homes Stadium, struck the post moments later before Posh hacked the ball clear.

Dozzell flashed a shot wide on 42 minutes after Edwards misjudged the flight of an Adomah centre. Mumba was cautioned for a foul as the game moved into one minute of injury time. McCann made a change at the interval with Harrison Burrows replacing Mumba.

On 52 minutes, Posh won a spot-kick as Ward was tripped inside the box by McCallum allowing CLARKE-HARRIS to step up and fire the penalty into the back of the net for his ninth goal of the campaign. Less than 60 seconds later, Posh were 3-1 up and it was all the work of MARRIOTT, he flicked the ball past the full-back and then unleashed a stunning finish into the top corner leaving Westwood with no chance.

Marriott was cautioned moments later for a shirt tug by referee Mr Webb. Mark Warburton made a triple change just before the hour mark with Charlie Austin, Jeff Hendrick and George Thomas introduced from the bench.

Austin sliced a half-chance wide after an error from Knight on 61 minutes. Taylor sent an acrobatic volley wide of the target on 64 minutes. Field was booked for a very cynical foul on Taylor moments later as Posh nicked the ball high up the pitch.

Norburn was booked for time-wasting before Clarke-Harris struck a free-kick at goal, which Westwood did well to hold. Posh made a change with 20 minutes to play as Jeando Fuchs replaced Jack Taylor in midfield. Another change was made five minutes later with Kwame Poku replacing Marriott.

Substitute Jeff Hendrick glanced a header wide of the target from an Adomah centre as the game moved towards the last 10 minutes. Austin sliced a shot wide of the target as Clarke-Harris, who was  unable to move due to injury, got a bit of advice from the management as Posh effectively tried to contain the hosts with 10-men.

Szmodics should have made it four deep into stoppage time after great work from Poku, but Westwood made a smothering stop.