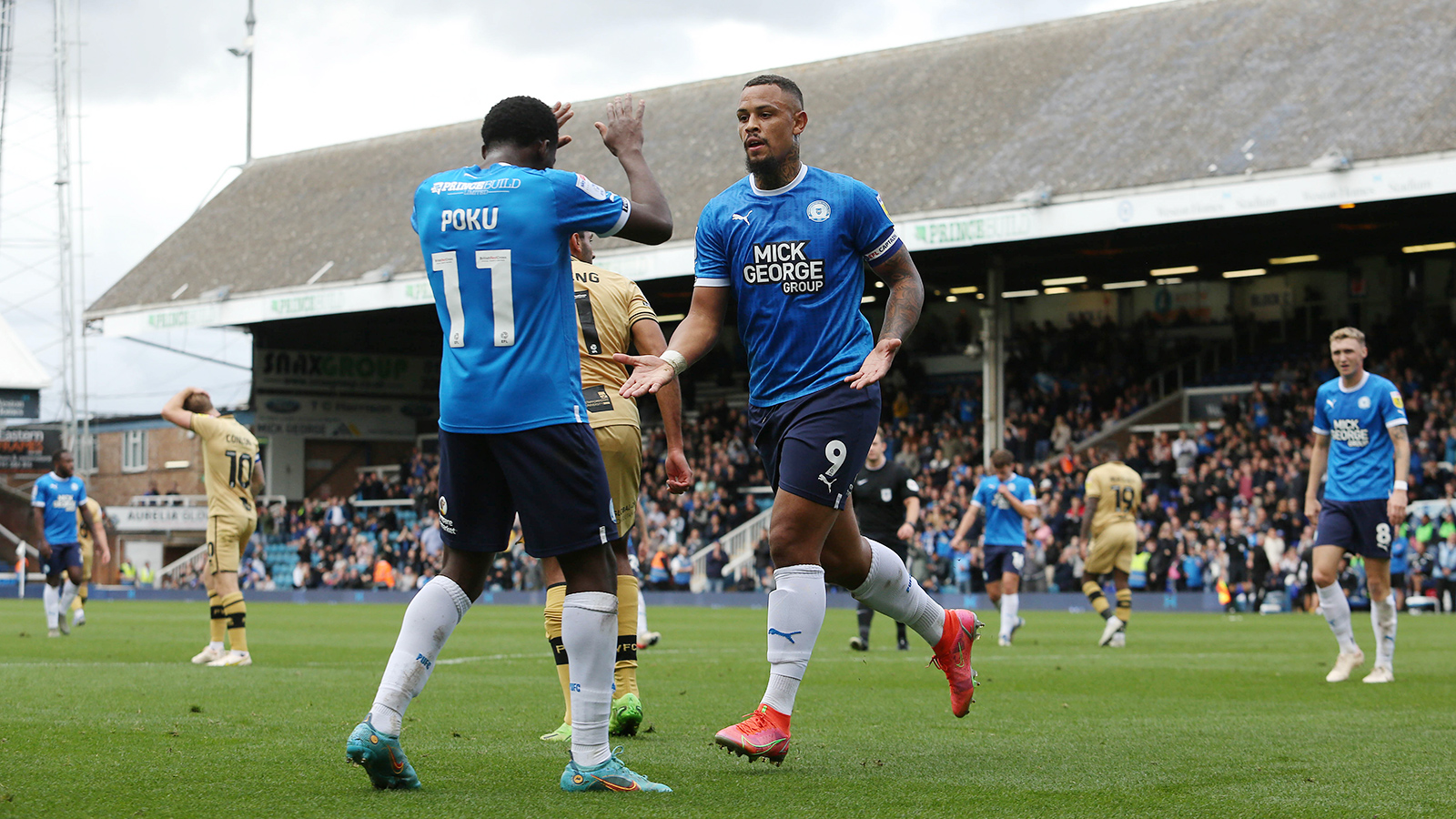 Clarke-Harris At The Double As Posh Record Comfortable Success

Jonson Clarke-Harris netted twice and Joe Ward found the back of the net in his 200th club appearance as Posh beat Port Vale.

Peterborough United eased to a comfortable 3-0 victory over Port Vale at the Weston Homes Stadium with skipper Jonson Clarke-Harris bagging a brace and Joe Ward celebrating his 200th club appearance with the third goal in the second half.

Jack Taylor glanced a header wide of the target from a floated Harrison Burrows centre on four minutes as Posh created the first opening of the Sky Bet League One fixture. Taylor was superbly denied by Stevens on the quarter hour mark after letting fly from distance as Posh continued to press for the breakthrough.

Port Vale were forced into a change on 20 minutes as Funso Ojo limped out of the action with Posh Academy graduate Tom Conlon his replacement. The deadlock was broken on 25 minutes and it owed good work to the tenacity of Ricky-Jade Jones to win possession on the edge of the box and then the unselfishness of Kwame Poku to pick out CLARKE-HARRIS who finished well from close-range.

Grant McCann’s men doubled the lead on 34 minutes and it was another assist for Poku, this time more conventual wing play, beating his man down the right and delivering an inch-perfect low cross for CLARKE-HARRIS who tapped home from close-range.

Deep into stoppage time, Clarke-Harris was denied his hat-trick by a superb stop from Stevens another a good ball into the box by Joe Ward. Massey was cautioned less than 60 seconds into the second half for a shirt tug on Jones.

Clarke-Harris fired wide on the volley on 47 minutes after Port Vale could only half clear from a free-kick. Harrison was cautioned for a foul on Ben Thompson on 50 minutes for an offence right in front of the official.

Clarke-Harris showed a real clean pair of heels to race past Smith on 52 minutes and from a tight angle, his thunderous effort cracked against the near post before bouncing to safety. Bergström was well placed to keep out Butterworth on 55 minutes as Vale registered their first effort on goal in the contest.

The visitors made a double change before the hour mark with Dennis Politic and David Worrall introduced into the action. Harrison headed over from a decent cross from Worrall down the right as Vale pressed to try and get back into the game.

Posh made a double change on 70 minutes with Jack Marriott and Nathan Thompson introduced into the action. Posh made it 3-0 moments later and it was a perfect moment for Joe WARD, celebrating his 200th club appearance, he collected a Marriott pass and fired low across the keeper and into the back of the net.

Jones was cautioned for a needless foul on Ward on 77 minutes by referee Anthony Backhouse. Mason-Clark had a good opportunity to get his name on the score-sheet, but on the stretch, he couldn’t keep his effort down from close-range after a glorious first-time cross from Ward.

Ward limped out of the action as five minutes of stoppage time was indicated with Posh already deploying all of their substitutes. Marriott scuffed a left-foot shot wide of the target after a good flick from Mason-Clark moments later before the referee brought an end to proceedings.