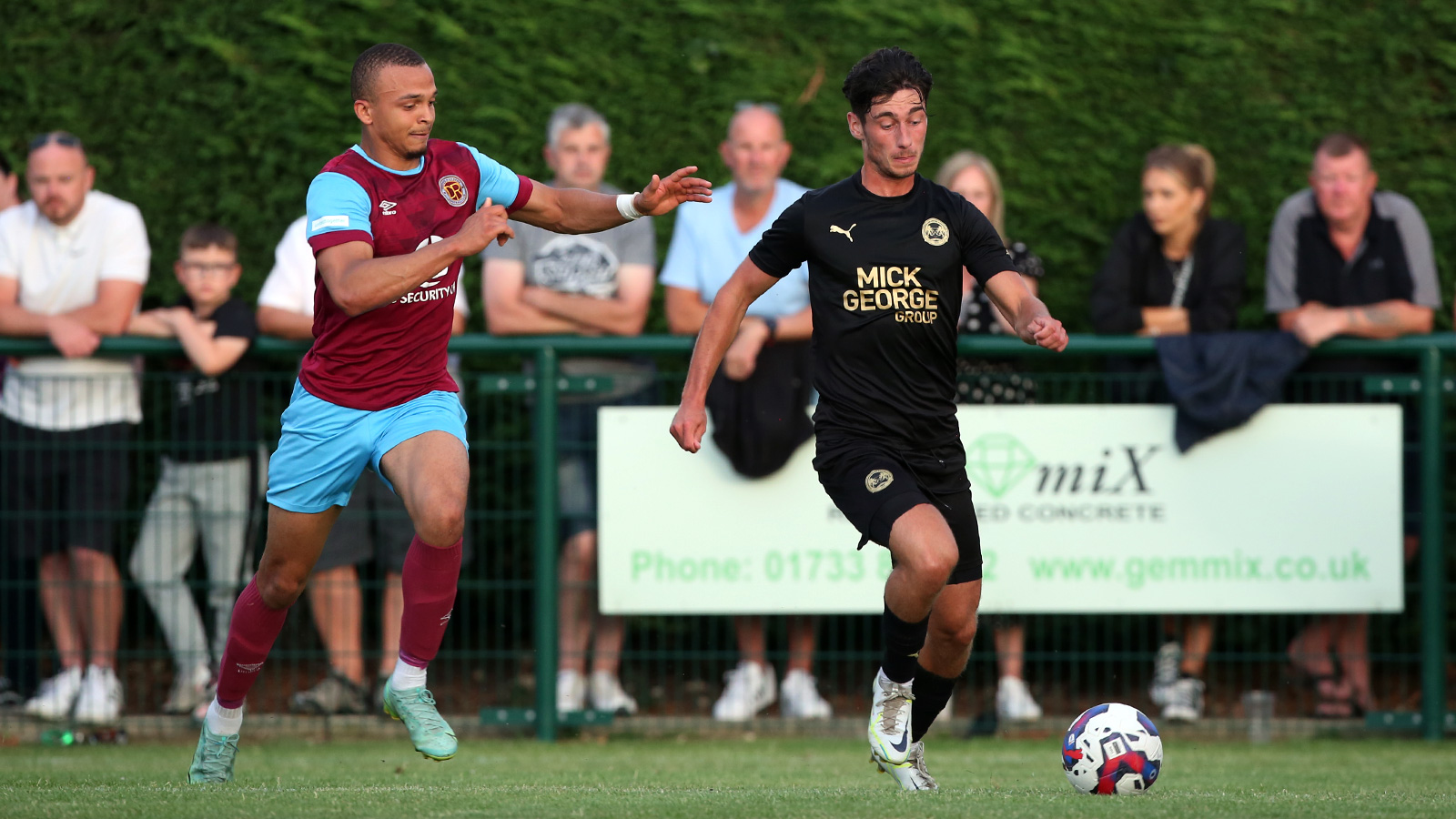 Peterborough United took their goal tally in pre-season to seven from two games after a comfortable 4-0 success at Deeping Rangers on Tuesday evening with striker Jonson Clarke-Harris netting a brace of headers in the final quarter of the fixture.

Grant McCann’s men dominated for large spells in the game, but a combination of excellent goalkeeping and last ditch defending kept the score down. It was Joel RANDALL who opened the scoring, his right-footed effort taking a deflection and looping over the keeper and into the back of the net on 33 minutes.

Dan Swan in the Deeping goal kept out a low strike from Jack Marriott in the first period while Frankie Kent drilled a 25-yard effort over the crossbar. McCann gave his starting line-up an hour before changing the XI and one of the newcomers, Kwame POKU, netted a superb individual effort to double the lead, the former Colchester United man ghosting past a number of defenders with wonderful close control before beating the keeper with a clinical finish.

Ricky-Jade Jones was superbly kept out at the near post by Swan who also kept out a close-range stab towards goal by Poku before CLARKE-HARRIS headed home a David Ajiboye centre to make it 3-0 with six minutes to play.

In the final moments, Posh added a fourth as CLARKE-HARRIS nodded home from close-range before the referee immediately brought an end to proceedings. Manager Grant McCann was thankful to Deeping for agreeing to the game at the last minute with a crowd of over 1,000 inside the stadium.

“A big thank you to Deeping for accommodating us at such late notice and it was great to see over a 1,000 people here. Credit to everyone for making the game happen. There were things that pleased me and things that could have been better, but it is all about minutes and we got out of the game what we wanted,” McCann said.