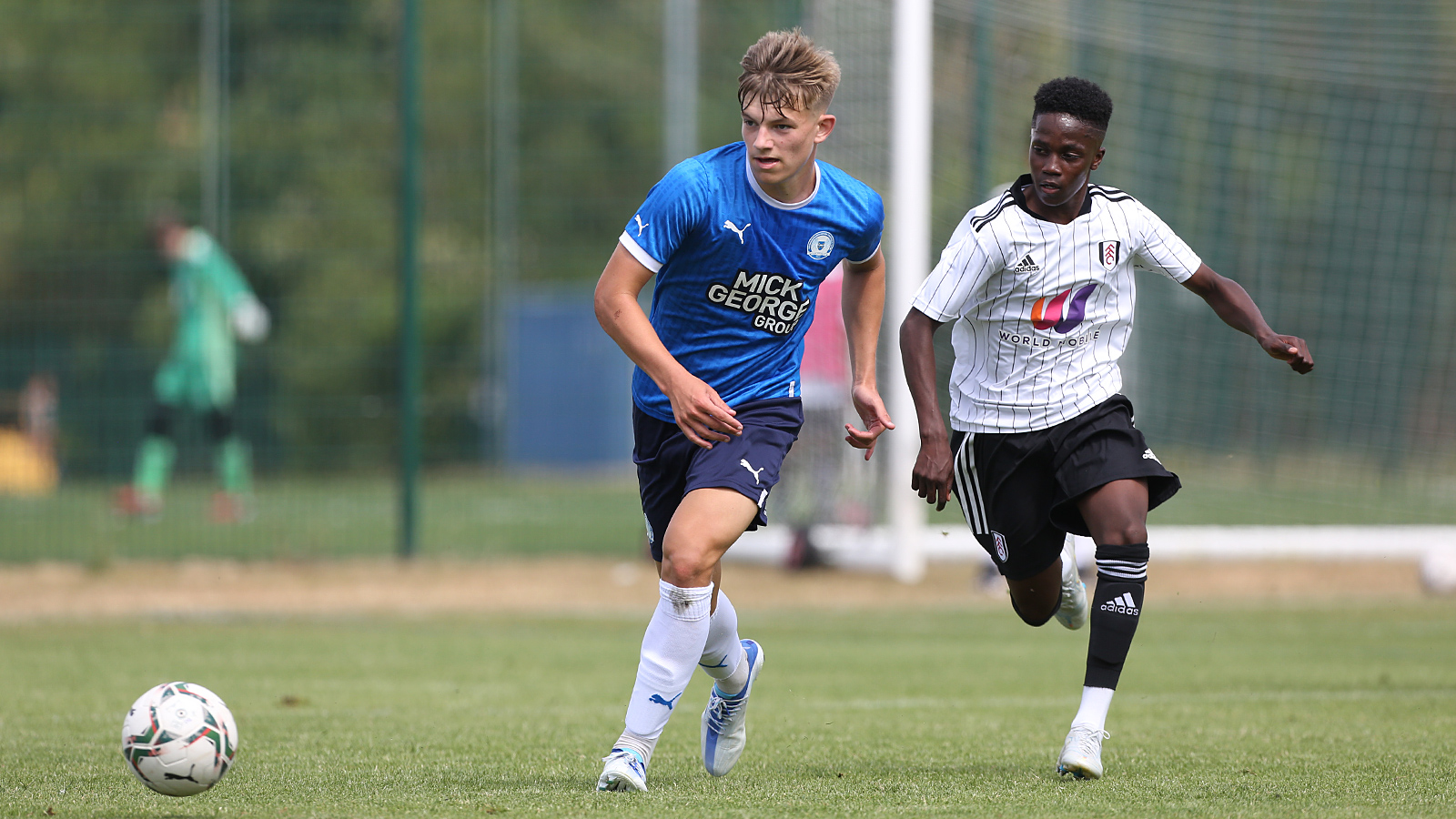 An encouraging performance by the U18s, but they were beaten 2-0 by Fulham FC on Saturday morning.

Peterborough United under 18s fell to a 2-0 defeat against Fulham on Saturday morning at the idverde Training Ground as their pre-season preparations continued, with manager Jamal Campbell-Ryce was delighted with his side's performance.

With several key players unavailable and a handful of U15s and U16s featuring in the second half, the under 18s put in an admirable performance against the Premier League academy side.

Gabriel Overton, who played his first minutes of pre-season after returning from injury, and Reuben Marshall both had chances to open the scoring in the first half before The Whites capitalised on the missed opportunities to break the deadlock.

It was the same story throughout the second half as Posh dominated possession and carved out a number of chances, but failed to put them away. As the game entered the last 15 minutes, Fulham doubled their advantage to claim the victory at idverde Training Ground.

Speaking after the game, Campbell-Ryce said: “We were excellent. The scoreline flatters them, we should have probably been two or three up in the first half, but they have gone down the other end and nicked a goal. The second half saw the introduction of some younger players, who gave good accounts of themselves, but we were thin on numbers today and that took its toll at the end.

“We controlled the game from start to finish, dominated possession, even off the ball, we were really good. The boys understood exactly what we asked from them. With the number of players unavailable, it was an excellent performance and something we can build on for the next few weeks.”

The under 18s squad will take part in a pre-season training camp this week alongside the under 21s group before facing Southend United at the idverde Training Ground on Saturday (30th July).