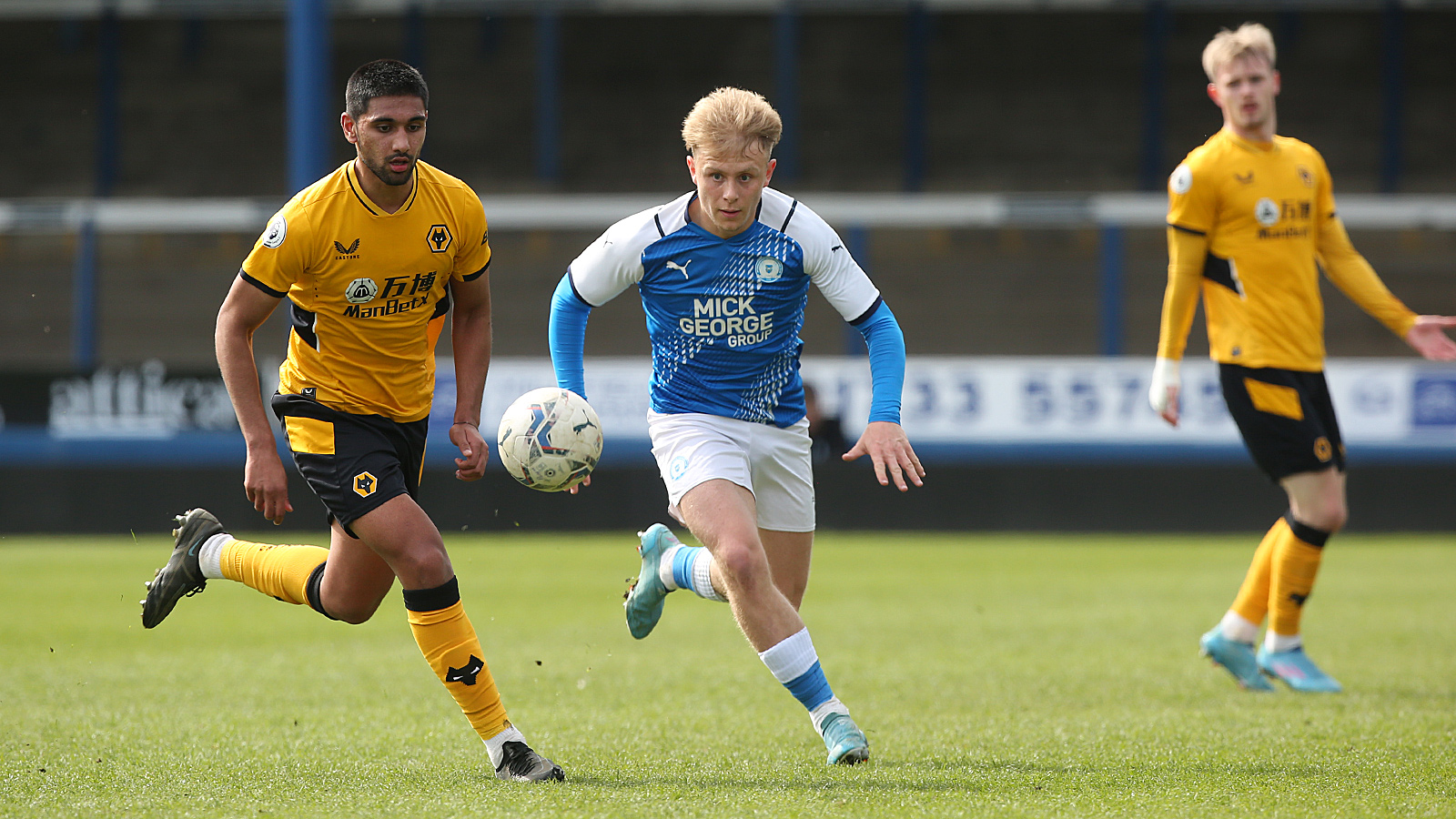 Second half strike condemns Posh under 23s to a 1-0 defeat in the Premier League Cup.

A goal inside the opening 15 minutes of the second half from highly-rated Chem Campbell secured progress for Wolverhampton Wanderers under 23s into the semi-finals of the Premier League Cup following a 1-0 victory over Peterborough United at the Weston Homes Stadium.

Campbell’s goal, a well-taken effort with his left-foot from just inside the penalty area, settled a game that was lacking in goal-mouth action with the referee taking centre stage in the second half, booking a number of players from both sides.

Matthew Etherington’s men, who had moved into the quarter-finals following an excellent run of results in the group phase against difficult opposition, which featured Everton, Sheffield United and Burnley, and a comprehensive victory over Charlton Athletic.

Wolves, who overcame Swansea City, Exeter City and West Ham United in their group phase, beat Wigan Athletic 1-0 to set up the tie with Posh. Etherington had several first team players within his squad including Mark Beevers, Will Blackmore, Bali Mumba and Joe Taylor and they all applied themselves well throughout.

Grant, operating in the number 10 position behind Taylor and youngster Gabriel Overton, tested Danish goalkeeper Andreas Sondergaard from distance but the Wolves keeper was rarely threatened throughout the 90 minutes.

At the other end, Grant improvised cleverly to clear off the line from a Joe Hodge effort but Will Blackmore was also well protected by his back four in front of him. Oscar Tonge had a good battle with adventurous Wolves full-back Dexter Lemikisa while Kam Kandola and Justin Hubner followed Grant, Mumba and substitute Kyle Barker into the book.

The goal, scored by Campbell, was a turnover of possession but it was a clever finish from the winger, who appeared as a substitute in the Premier League last Friday evening at Newcastle United.