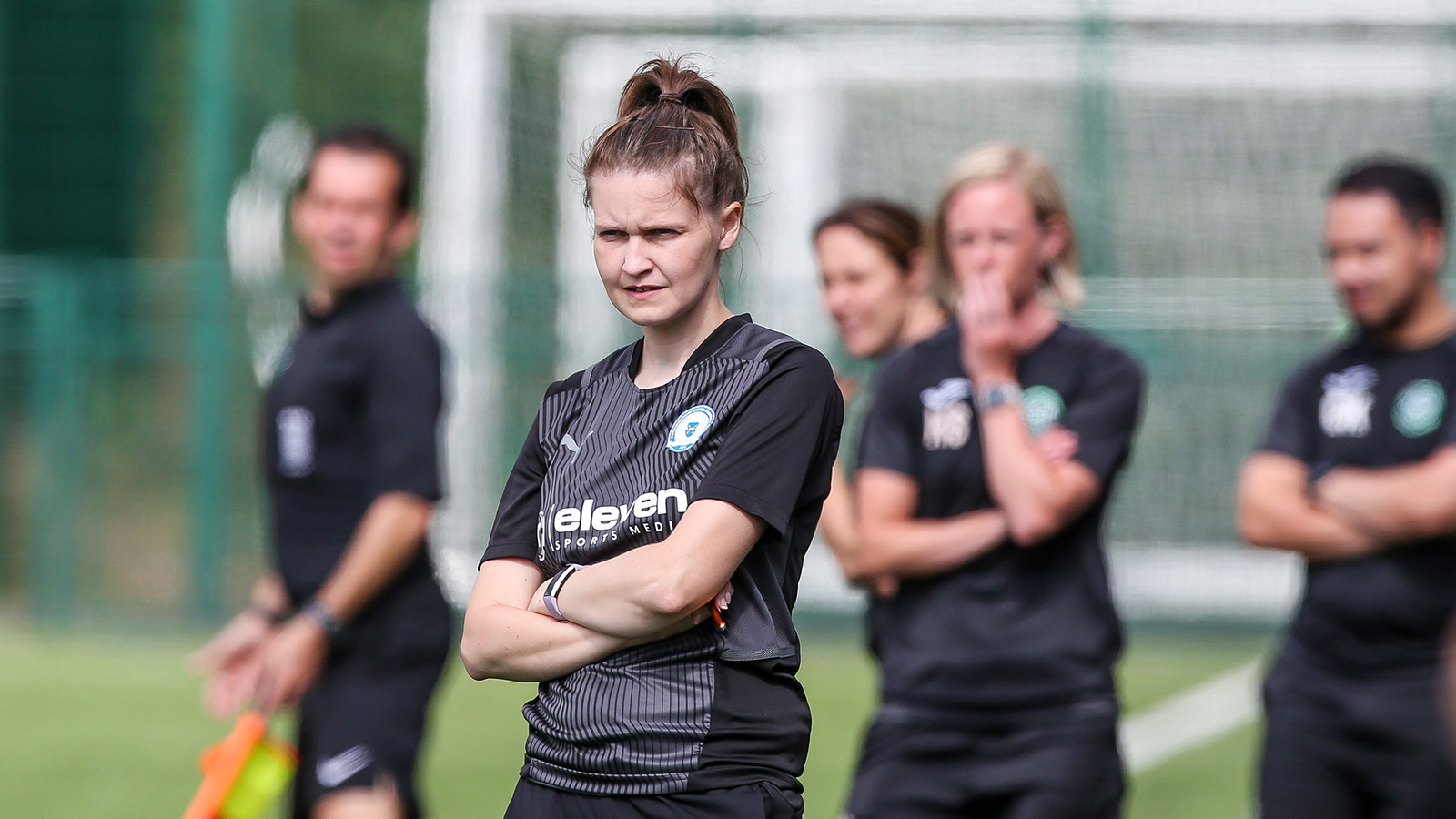 Chloe Brown has stepped down as manager of the Posh Women team.

Peterborough United Women’s Manager Chloe Brown has stepped down from her role with immediate affect due to health reasons.

Brown, who was appointed in the summer following the departure of long-serving boss Kathryn Lusk, has overseen this season’s FAWNL campaign with Posh fighting to preserve their status at this higher level after promotion last term.

Brown said: “The support from everyone at the club has and continues to be incredible for the women's team and I would like to thank everyone involved for that. I am disappointed to step down, but I am excited to see what the future holds for this talented team.”

The club would like to thank Chloe for all her efforts on behalf of the Women’s set-up and wish her well for the future.