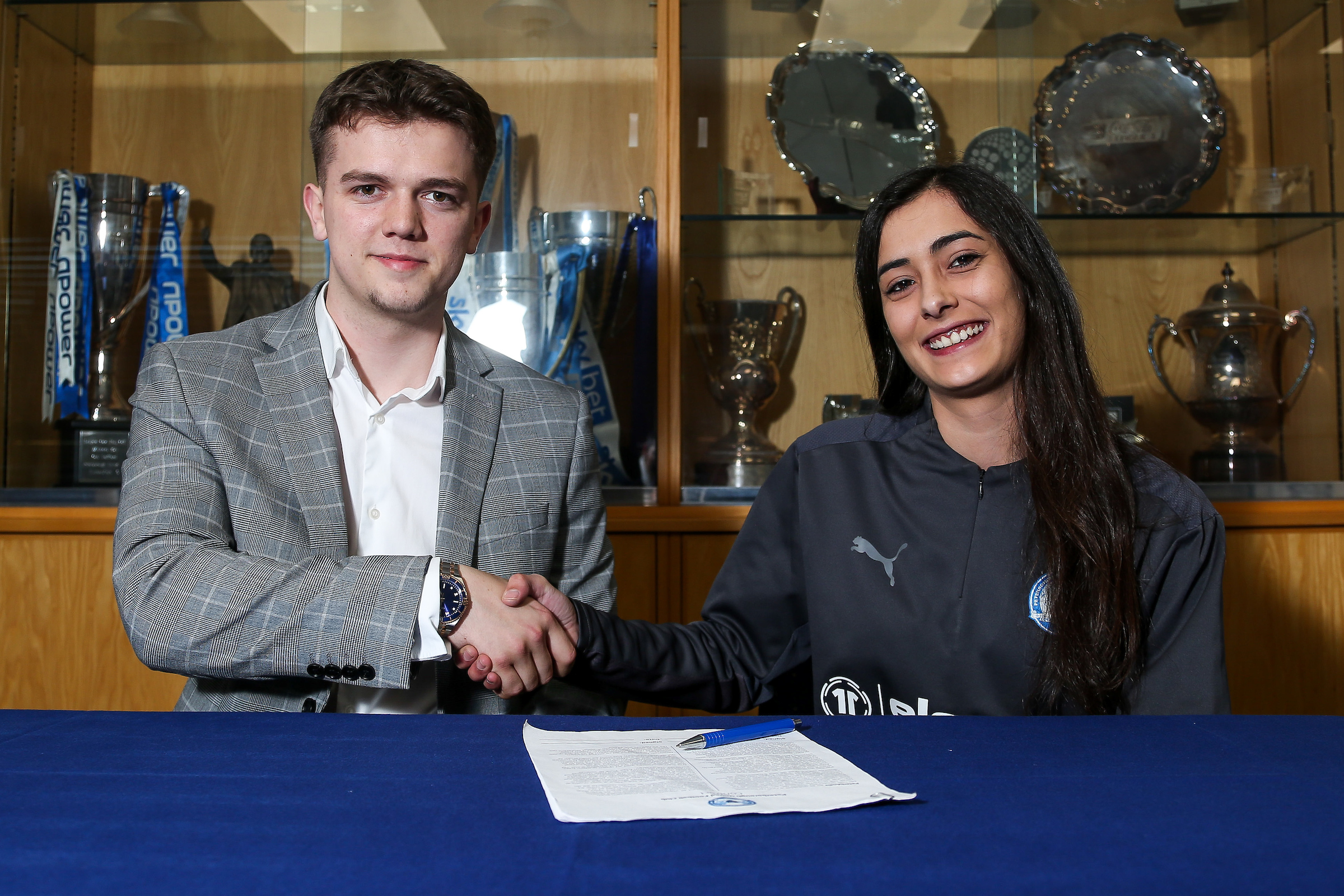 Peterborough United Women are delighted to confirm that midfielder Beatriz Borque has agreed terms with the club for the 2022/23 season, becoming the third player to commit their future with Posh.

Borque follows in the footsteps of Jess Driscoll and Keir Perkins in agreeing terms with the club in the last week, with the club marking another exciting chapter in the Posh Women history.

The midfielder joined the club at the end of the 2020/21 season after previous spells at Atletico Madrid and in France and completed her first full season at the Posh where she netted five goals in all competitions. However, Borque's campaign came to an end earlier than expected after suffering an injury at the beginning of April.

Borque, who made 19 appearances for the Posh this season, admitted she was grateful to be one of the players selected and has been impressed with the club's development since she arrived.

“It’s a great feeling to have agreed terms with the club for next season and brilliant news for everyone involved, not only for the players but also for the club. It’s a big achievement and we are all very excited about this new chapter at the club. They’re a lot of talented players in our squad, so to be one of the very first ones to receive this is a very proud moment for me.

“It was frustrating to suffer that injury in the final few games of the season, but I will come back stronger and hopefully repay the trust the club has shown in me and help them reach their ambitions of fighting at the top. I have only been here for around a year now, but the way the club is run and growing is impressive, and now I’m excited to get next season started.”