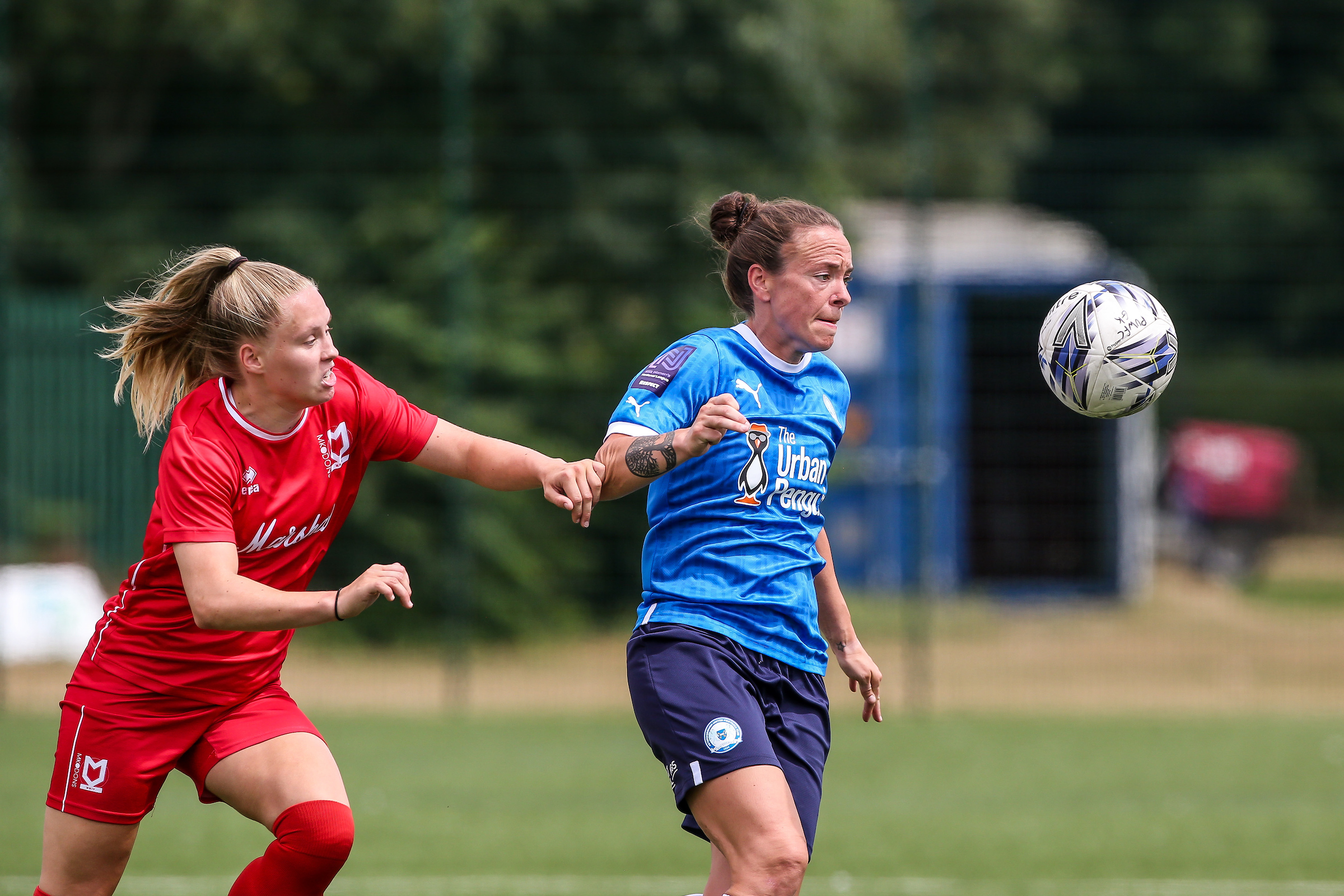 Defender Kayleigh Aylmer is excited for the first-round tie against Stourbridge FC.

Peterborough United Women defender Kayleigh Aylmer expressed her excitement of the competition, while also revealing what it is like to be a role model to the next generation of aspiring female footballers.

Posh Women take on league rivals Stourbridge FC in the first round of the Vitality Women’s FA Cup at Abbey Lawn, the home of Bourne Town, reaching the First Round Proper for a second consecutive season and will be looking to progress further in the competition this season.

Both sides have faced each other earlier this season in the FA Women's National League as Stourbridge came out on top with a 4-0 win. But, as the phrase goes in the FA Cup, anything can happen, and Posh will be looking to further themselves in this competition with a win at Abbey Lawn in front of a home crowd, which Alymer went on to explain.

“In the FA Cup, anything can happen, and we are always confident of getting a result against anyone. We are going out there after a good session earlier this week and we will look to play our game. On our day, we know we can have them, we were missing a few players last time we played them, so hopefully, we are going into Sunday with a strong team.”

Off the pitch, Aylmer spoke about what it’s like to be inspiring the next generation of women’s football and what the support on Sunday means to the team. Aylmer said: “It is a massively proud moment because when I was growing up women’s football wasn’t televised as much, you weren’t able to follow the big teams, but now you can.

“We are only a small team, but to have supporters come down each Sunday and be able to support us and look up to us as role models is something that the team loves. We love having the fans come down to support us.”

“Sunday is massive. We know we can draw in a crowd and we know we have supporters who come down on a regular basis. So, it is great to get more people down at Abbey Lawn, especially for the FA Cup and us being the underdogs. To have as many people as possible down there to support us and cheer us on would be great for us."