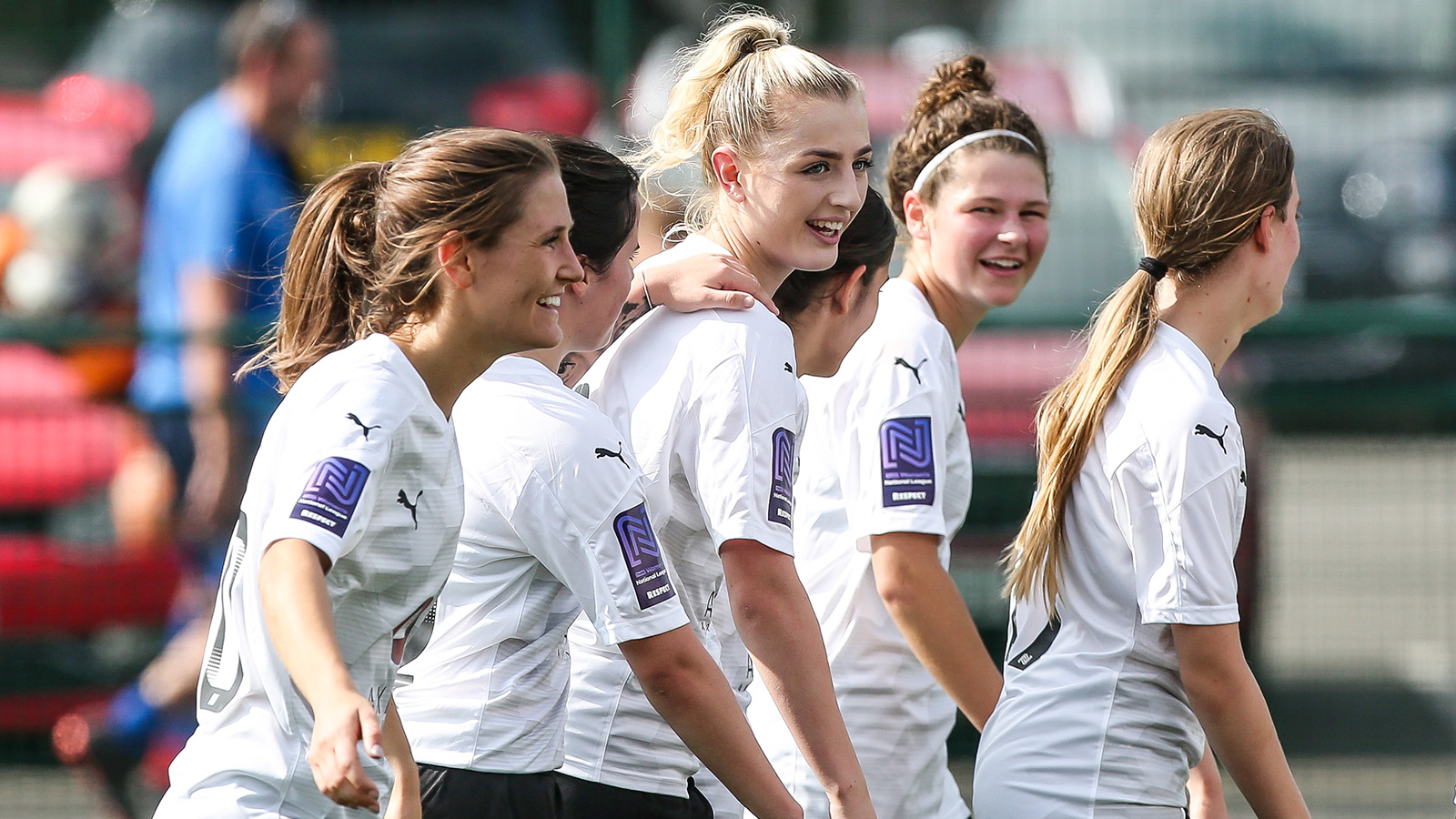 All Roads Lead To Semi-Final For Posh

A brace from Hipwell saw The Posh Women progress in the semi-final of the Northants County Cup at the expense of Roade.

Peterborough United Women secured their spot in the last four of the Northants County Cup after two goals in two minutes from Hannah Hipwell helped Posh to a comfortable 7-1 victory over Roade LFC at Hyde Road on Sunday afternoon, which was the first game in the New Year for Posh.

Dan Lawlor handed new signings Faith Horner, Kayleigh Alymer and Evie Driscoll-King their debuts since signing for The Posh and welcomed back Cassie Steward, Ellen Marson and Megan Parrett after a spell on the side-lines before the Christmas break.

Inside the opening five minutes, Posh created a decent opportunity to break the deadlock as Alymer cross from the right-hand side found C. Steward inside the box, who brought it down well, but she failed to get a clean connection and was a comfortable save for the keeper. Hipwell then saw her headed effort at the back-post go wide of the target after Keir Perkins managed to scoop out a cross on her left-foot.

However, it was the hosts, who are three tiers below, that broke the deadlock at Hyde Road on 23 minutes as Posh continued to play out of the back, but Roade quickly piled on the pressure, forced the defence into a mistake and calmly slotted the ball into the bottom corner.

Posh looked for an instant response after going behind, but C. Steward effort was straight into the hands of the keeper. But, a few minutes later, Posh got themselves level as Hipwell raced through on-goal, pouncing on a mistake in the hosts’ defence, and fired past the keeper.

It wasn’t long before Posh found themselves ahead in the tie after two goals in two minutes, once again through Hipwell, as she calmly took it around the keeper and tap into an empty net after a brilliant switch of play by Megan Parrett to find the midfielder.

Jess Driscoll extended Posh advantage on 37 minutes as her and Perkins failed to give the defenders anytime on the ball, winning the ball back, in which Driscoll collected possession, burst into the box and beat the keeper at the near post.

Parrett saw her curling effort drift wide of the far post before Hipwell corner was headed over by C. Steward from close-range. Posh managed to grab a fourth goal seconds before the break, and what a goal it was, as Niamh Connor picked up the ball, about 30 yards out, unleashed a thunderous effort over the keeper and into back of the net.

Lawlor introduced Katie Steward and Beatriz Borque at the break, replacing Megan Parrett and Hannah Hipwell. K. Steward was straight into the action as she forced the keeper into a low diving save and won Posh a corner, and from the resulting corner, C. Steward header rattled the crossbar.

It was the other newly introduced substitute, Borque, that grabbed Posh fifth goal of the afternoon as C. Steward, who was picked out brilliantly by Perkins, sent a low cross into Borque inside the box and she took aim into the bottom corner.

There were no signs of slowing down for Posh, and just after the hour mark, Perkins netted home the sixth goal of the game after a defence-splitting pass from Driscoll set the striker on-goal and Perkins calmly slotted past the keeper. Driscoll-King was inches away from grabbing a goal on her debut when her effort smashed against the underside of the crossbar and back into play.

With 10 minutes to go, Posh netted their seventh of the afternoon as Piper O’Neill corner was originally headed on by Driscoll-King and Ellen Marson, who made her first appearance since October after a lengthy injury, was on foot at the back-post to head home.

The reserves fell to a 3-0 defeat to Kettering Town Women at Latimer Park on Sunday afternoon in an East Midlands Women’s Regional Football League Division One South fixture.