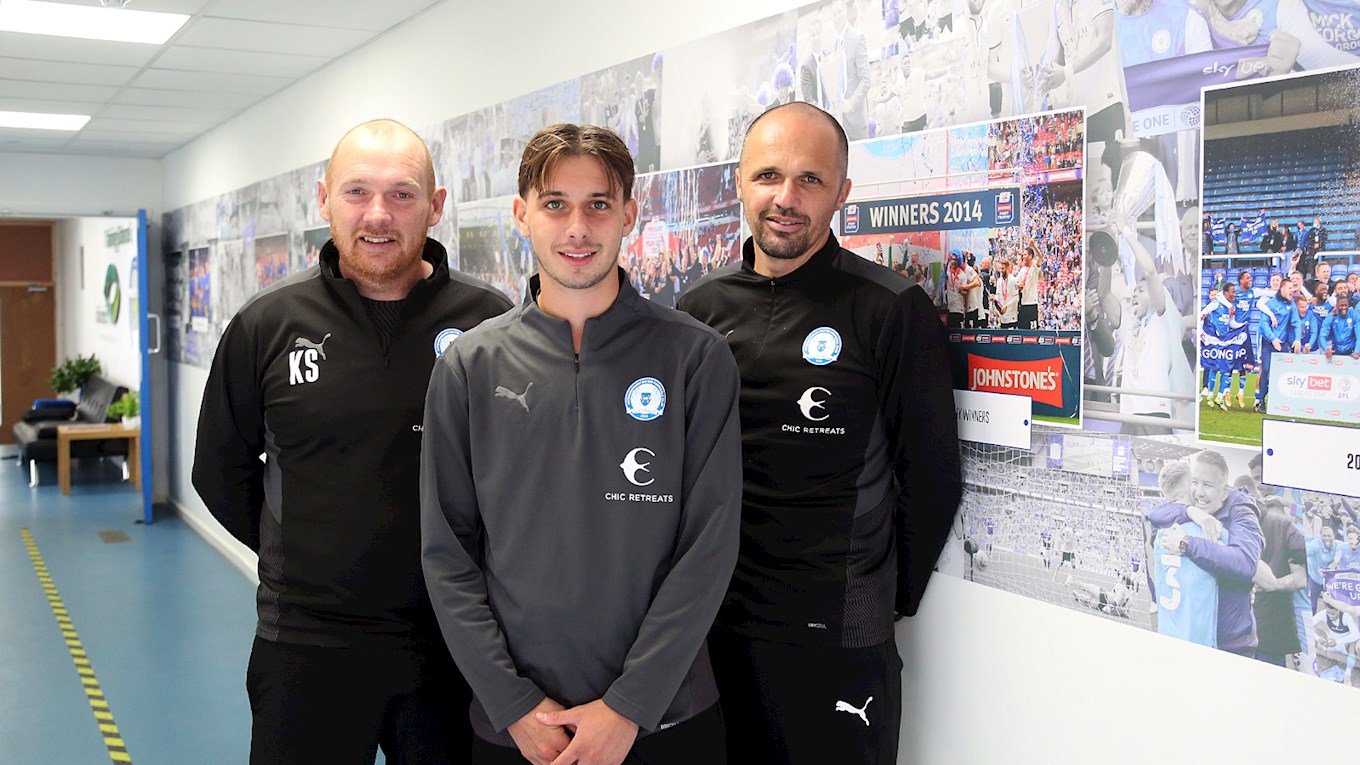 Young midfielder Luke Harris has penned a two-year professional contract with the football club and will continue his development as part of the under 23 group managed by Matthew Etherington.

Harris was on a developmental deal following injury problems last year but has demonstrated plenty of promise during pre-season and in the early weeks of the campaign and has been rewarded with a contract.

Harris, who has been within the Academy system since he was nine years-old, was thrilled to be given the opportunity to extend his stay and is determined to improve and impress the management at the Weston Homes Stadium.

“I am delighted to sign the deal. I had a tough year last season with injuries and the club have been great with me, they have given me the opportunity to come back in during pre-season, play games and see where it took me and I have just worked as hard as I can both in training and in the matches.

“The hard work doesn’t stop, I know I have to get my head down and do all I can because there are a lot of good young players here. I have been at the club a long time, progressing through the Academy system and being part of the under 18s group that have been successful under Matthew Etherington and Simon Davies.

“Those two have been great with me, as has Kieran Scarff. I speak to Simon a lot because he played in my position and I have been working on adding more goals to my game. For me, it is about moving the ball quickly, I am working hard in the gym to add to the physical side of the game, but I know that it is important in the position that I play to find space and get the team moving,” Harris said.

Harris will be part of the under 23 group who have made an excellent start to the league campaign. Etherington’s men are also in the PL Cup with games against Everton and Sheffield United on the horizon. Harris believes the group can have a successful season.

“Being part of the under 18s group that won back to back league titles was a great feeling and it really instils that competitiveness into your make-up. The fact that the under 23s are in a league, that there are three points to play for every week, is important. Playing stadium football is also nice because it readies you for first team football. I believe we can have a good season at the under 23 level, it is a good test playing different kinds of opposition and that can only improve our games,” Harris added.