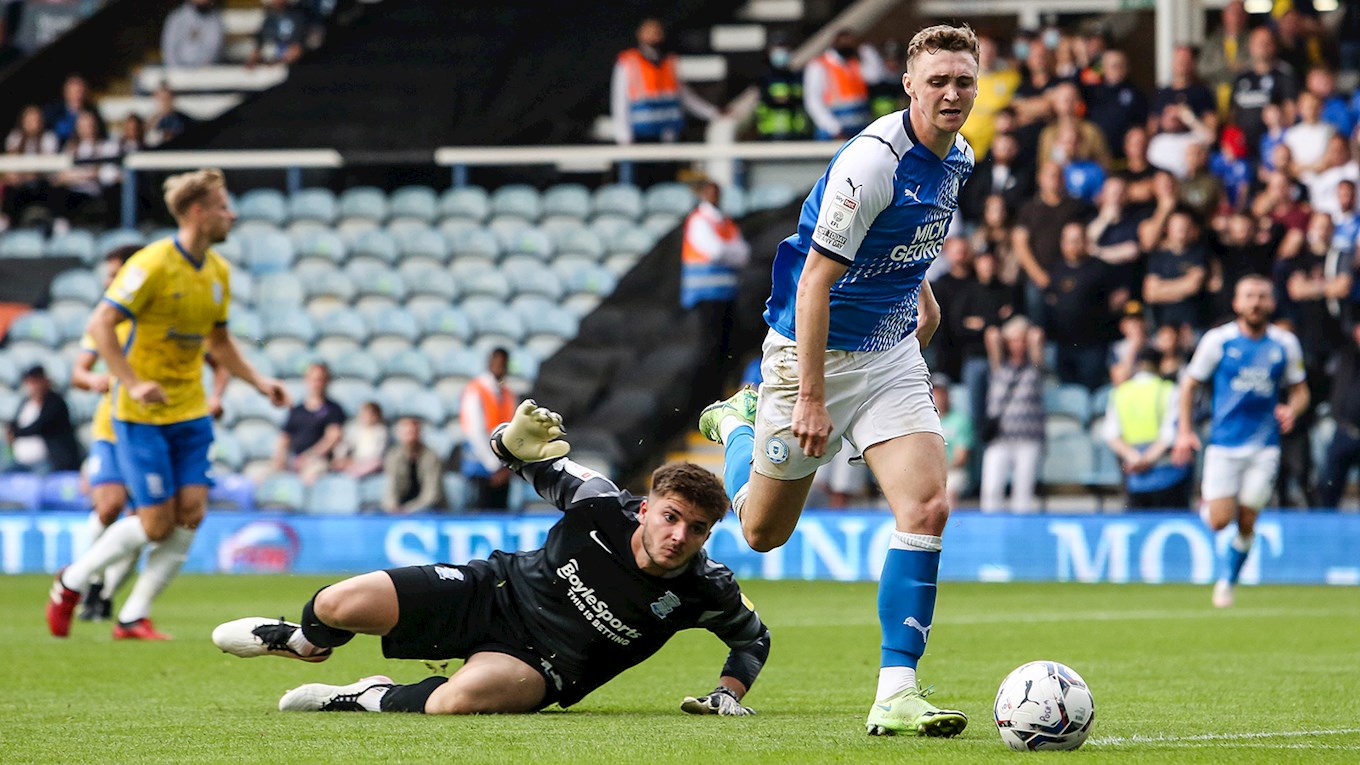 “I’m just delighted to be back playing here, in front of our supporters and to make my first Championship start it was the perfect day.

“The atmosphere was amazing. They brought a lot of fans, but we managed to shut them up and in the end we fully deserved the win,” Taylor said.

Saturday’s resounding win also saw Taylor and his Posh team-mates record a first Sky Bet Championship clean sheet of the season, which Darren Ferguson’s side have worked hard on to address.

“It’s a great atmosphere. We wanted to keep their fans as quiet as possible, which we did, scoring goals, keeping a clean sheet. That’s what it’s all about,” Taylor added.

Taylor was speaking immediately following the final whistle and you can view his reaction video over on @theposh Twitter page.