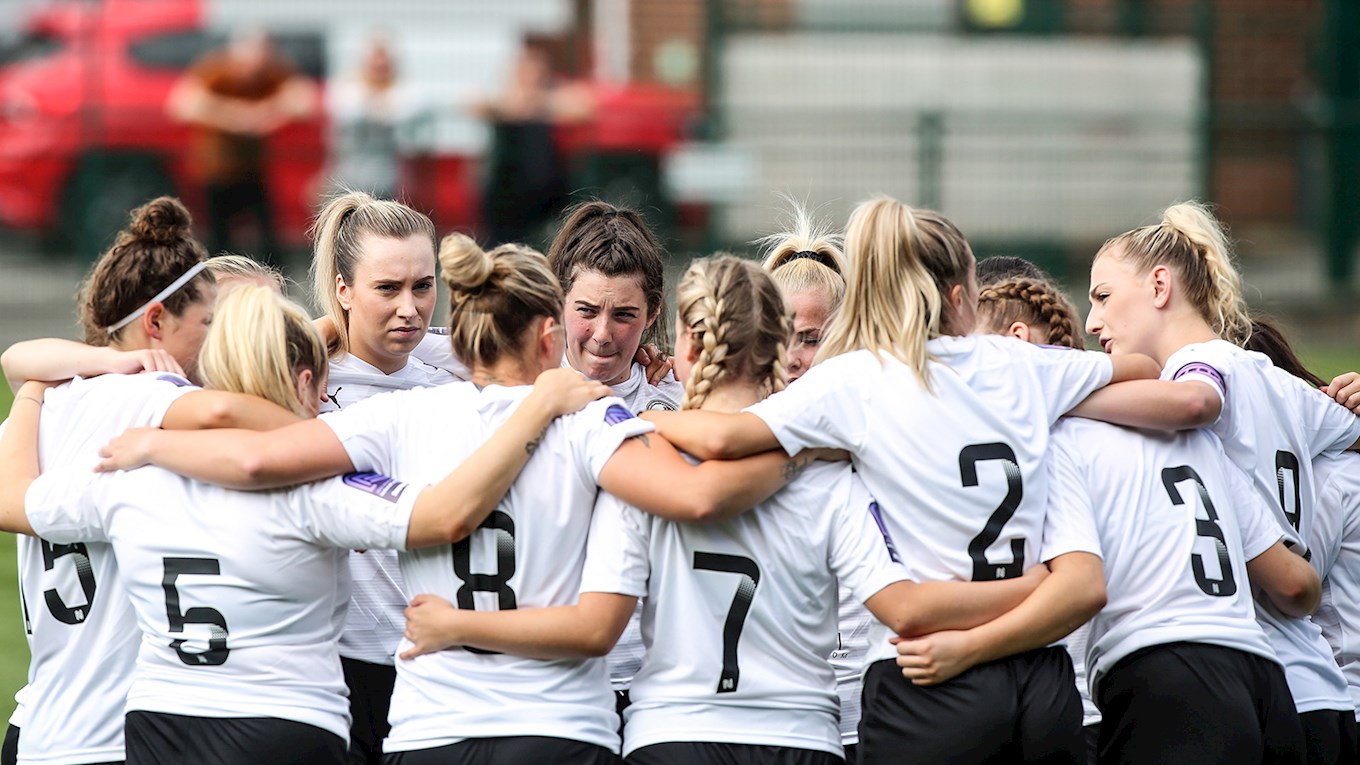 Peterborough United Women’s fell to a 4-1 defeat against Leek Town Ladies at Red Industries Stadium in the FA Women’s National League Division One Midlands after two late first-half goals from the hosts gave Posh a mountain to climb.

The opening stages were even at the Red Industries Stadium, as the hosts came the closest to breaking the deadlock on 13 minutes when a header flashed across the face of the goal. Posh began the game with a very high line, catching Leek Town offside on numerous occasions, and was a similar story throughout the game.

Posh had their first opportunity of the game on 15 minutes when a loose ball fell to the feet of Perkins inside the box, but her looping effort was gathered by the keeper. Leek Town then rattled the crossbar just before the half an hour mark.

On 30 minutes, Hannah Pendred delivered a deep cross to O’Neill at the back-post, but she misjudged her header and Leek Town cleared the ball. The hosts broke the deadlock on 37 minutes as Katie Gibbons burst through on-goal and slotted the ball underneath Cooper.

Two minutes later, Perkins came inches away from grabbing an instant equaliser after some good link-up play by Stacey McConville and Pendred, who played it across to Perkins and her effort was superbly saved by the keeper. Leek Town extended their lead just before the break as their Katie Maya headed home at the back-post

After the break, Gibbons raced through on-goal and her shot went straight into the side-netting, with Emma Stevenson being replaced by Destiny Makanjuola shortly after. Cooper produced a brilliant save from close-range on 56 minutes.

Leek Town grabbed their third goal of the game before the hour mark after a calm finish into the bottom corner from Maya. On 66 minutes, Megan Breakwell skipped over two challenges on the right-hand side, but her cross was straight into the hands of the keeper.

The hosts scored their fourth on 70 minutes after Michaela Lockett burst through on-goal before firing into the bottom corner. On 77 minutes, Dodwell’s corner dropped invitely inside the box, and McConville looked to capitalize on the loose ball, but just slipped at a vital moment.

Cassie Steward saw a long-range effort tipped over the bar, and on 85 minutes, Steward played in Perkins who low cross was just too far in front from the on-rushing Dodwell inside the box.

Posh pulled a goal back on 86 minutes after Steward and Perkins linked up well again, with Perkins eventually slotting the ball beyond the keeper. Posh finished the game strongly as Niamh Connor carried the ball from her own half into Leek Town’s box, laying it back to Dodwell, whose shot was brilliantly saved by the feet of the keeper.

Player of the Match: Megan Breakwell

The reserves were looking to win three games on the bounce when they returned to East Midlands Women’s Division One South action. However, they fell to a 5-1 defeat against Kettering Town Women on Sunday afternoon at the Idverde training ground. Amy Gore netted the Posh goal.