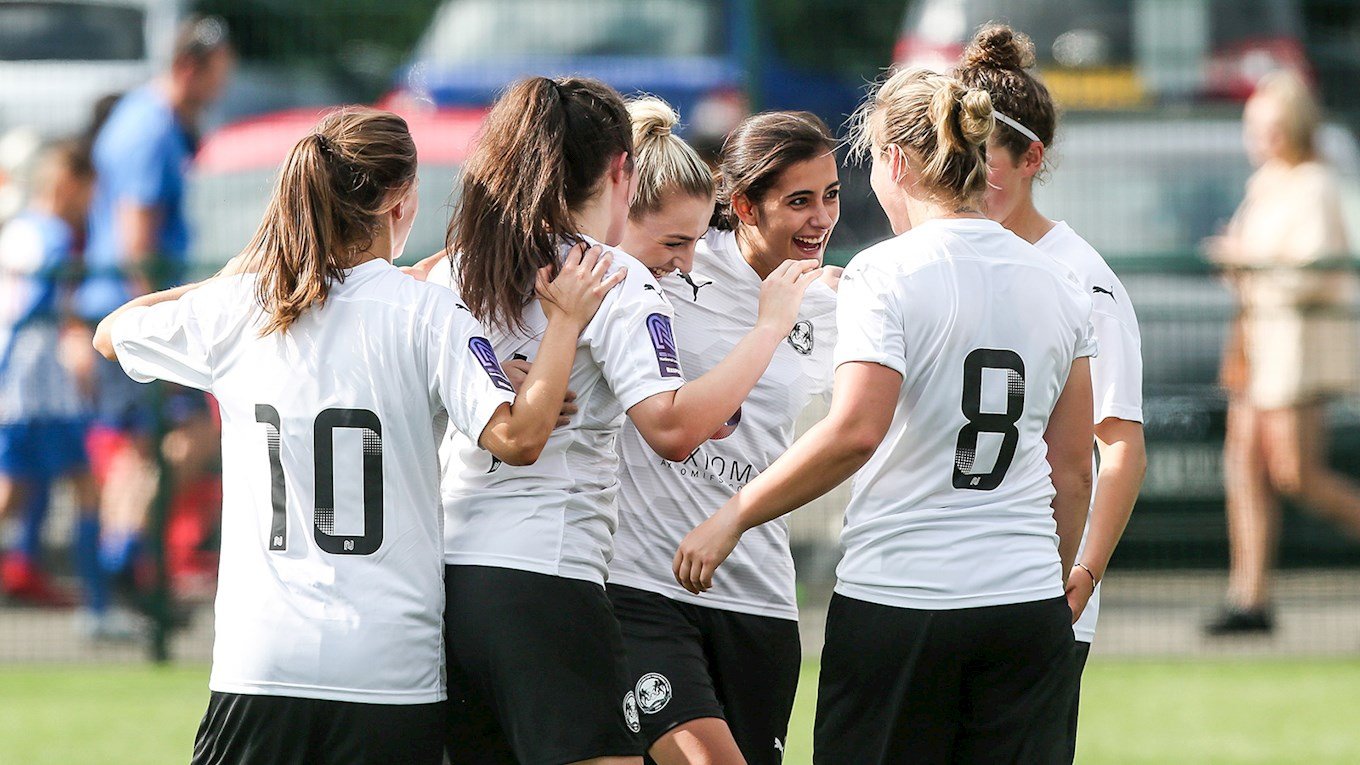 Posh Women Bounce Back In Style

The Women return to winning way in style after an impressive victory over Solihull Moors Women.

After three consecutive defeats in all competitions, the Peterborough United Women returned to winning ways in style after a comfortable 6-2 victory over Solihull Moors Women at Abacus Lighting Community Arena in FA Women’s National League Division One Midlands, including a stunning strike from Cassie Steward.

The Women started positively at the Abacus Lighting Community Arena after some great build-up play from Beatriz Borque, Ellen Marson and Hannah Hipwell, who set Perkins through on-goal but she dragged her shot wide.

Posh found the breakthrough on 11 minutes after a brilliant run from Marson, who played Perkins on goal and she slotted the ball past the keeper to give the ladies a well-deserved lead.

Chloe Brown’s side continued to pile the pressure on, as Niamh Connor delivered a deep cross that just missed Pendred at the back-post. However, against the run of play, Solihull Moors brought the score level after a long-ball from Zoe Creaney sent Chloe Coldicott through on-goal and fired past Katie Cooper.

Ellen Marson looked for a quick response as her long-range effort was tipped over the bar by Megan Donohoe. Despite being pulled back level, Posh continued to play some beautiful football in the middle of the park, as it worked its way out to Hipwell, but her cross fell straight into the hands of the keeper.

Just after the half an hour mark, Posh reinstated their lead after brilliant work by Stacey McConville to win the ball back, Perkins raced through and her shot was saved, but the ball fell into the path of Borque to slot home.

Hipwell was played through by McConville on 36 minutes, but she couldn’t direct her shot on target. Solihull Moors managed to beat the offside trap, one-on-one with the keeper, and her shot was straight at Cooper as the referee blew for the break.

Moments into the second half, the hosts had a quick counter-attack, but Connor got back impressively to block the shot before the rebound was fired wide. Posh made a change on 56 minutes as Marson was replaced by Jess Driscoll.

On 58 minutes, Posh extended their advantage after a brilliant turn by Hipwell on the edge of the box, and she fired into the bottom corner. Four minutes later, it was a fourth and the goal of the day by Steward, who spotted the keeper just off her line and fired a 35-yard bullet over the keeper and into the back of the net.

Instead of stepping their foot off the gas, Posh continued to push for a fifth as Driscoll saw her shot easily fall into the hands of the keeper. On 67 minutes, Borque was denied her second of the game after her shot from outside the box rattled the post.

Against the run of play, Solihull Moors pulled a goal back, as a long free-kick was delivered into the area, and Charlotte Leedham headed home just minutes after being introduced. That didn’t damper Posh spirit, and two minutes, Driscoll restored the three-goal lead after her strike from the edge of the box nestled into the bottom corner.

On 85 minutes, Posh had their sixth of the afternoon as McConville free-kick rattled the post, but the ball fell to Dodwell inside the box to smash home the rebound to round off a perfect performance from the Ladies at the Abacus Lighting Community Arena.

The reserves side fell to a 7-2 defeat against Leicester Road Ladies & Girls in their East Midlands Women’s Regional Division One South fixture this afternoon. Wayne Hinds’ side took a 2-0 lead through Milly Ramm and Amy Gore.