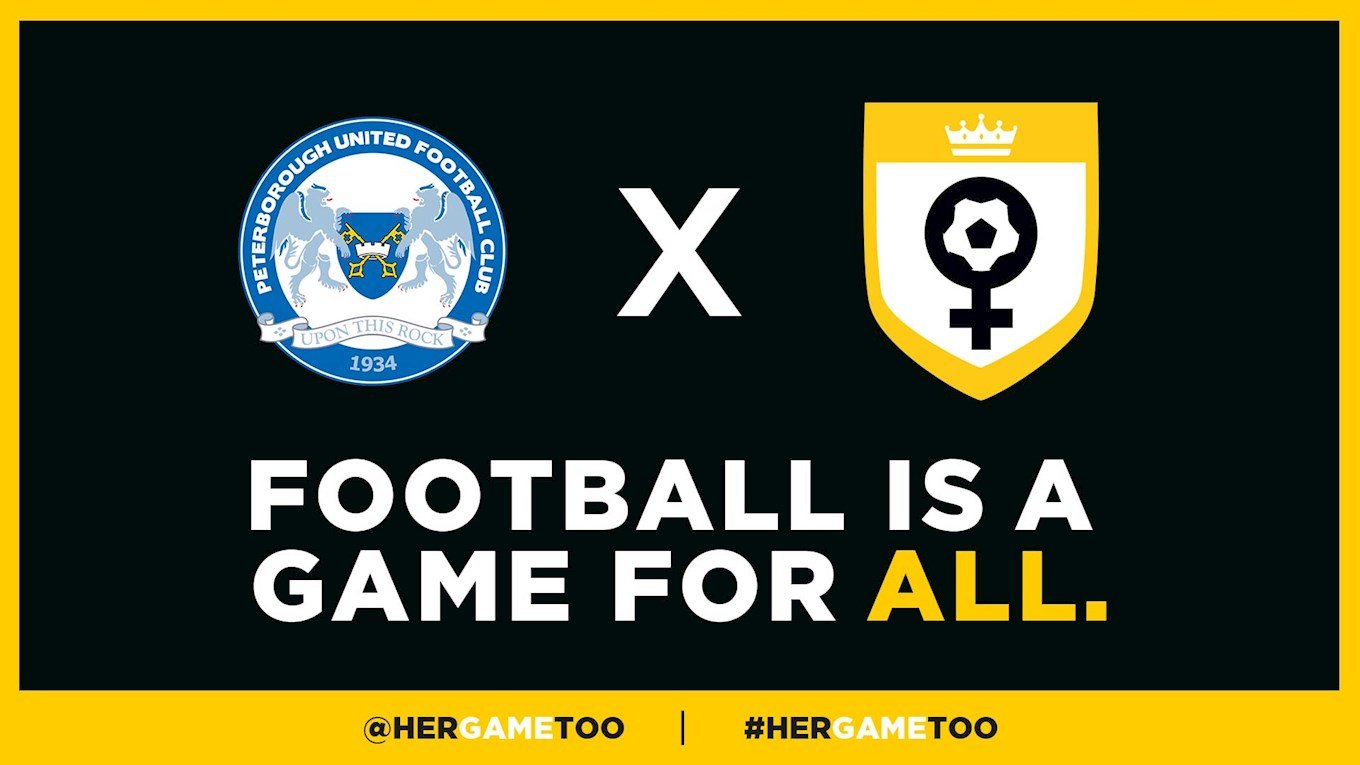 Peterborough United are pleased to announce that we have partnered with #HerGameToo, with the aim to combat sexism within football.

Peterborough United have become one of the first Sky Bet Championship clubs to officially announce a partnership with #HerGameToo, joining a number of other EFL clubs who have committed to combat sexism within football.

Posh will feature the #HerGameToo movement in the match day programme and include messaging around the stadium at home fixtures with more planned in the coming months. The club urge supporters to get in touch with the club, by emailing fans@theposh.com, if they feel they have been the victim of sexist abuse at any matches at the Weston Homes Stadium. We want this to be a safe place where everybody can enjoy Championship football whatever their gender.

Caz May, who alongside 11 other female football fans, founded the group said: “We are so grateful to have the support from Peterborough United and for them to be one of the first clubs at Championship level to get involved with this campaign is a huge step forward. It's important for all female fans to feel safe and supported when watching their favourite team - so we look forward to working further with Peterborough United to create a more inclusive environment and make football a safe space for all.”

Jake Baxter, Marketing Exec said: “We want the football club to be leading the way in terms of inclusion and want to ensure that everybody feels welcome when they visit the Weston Homes Stadium. The #HerGameToo campaign is a fantastic campaign and I am proud that the football club has made this commitment to support it.”

#HerGameToo is committed to ending sexism in football, and ten fundamental aims of their campaign:

As a club, we are looking for #HerGameToo ambassadors to help spread the message on matchdays at the Weston Homes Stadium and at away matches. If you are interested in learning more and becoming an ambassador, please email jake.baxter@theposh.com.