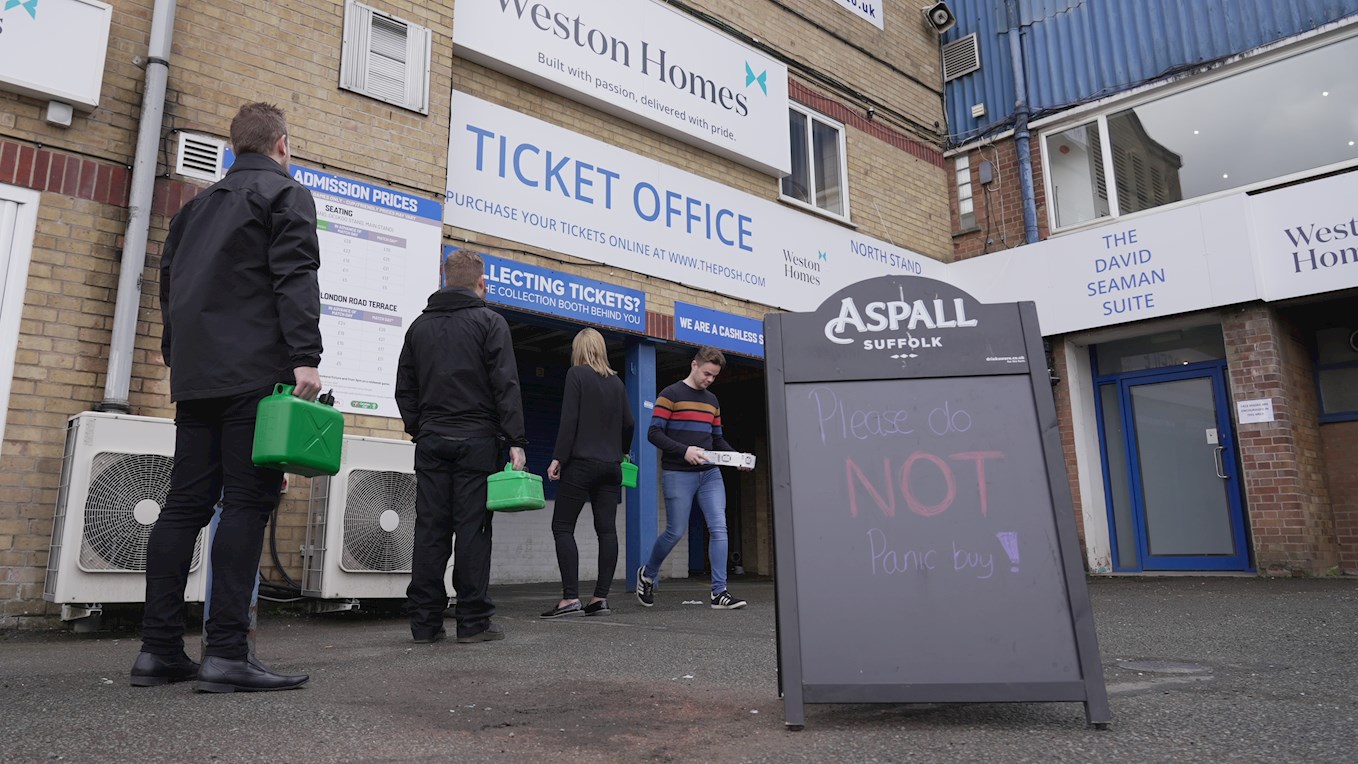 No Panic Buying Of Tickets Advised

The football club are advising supporters they don’t need to panic buy tickets for forthcoming matches.

Peterborough United welcome promotion contenders AFC Bournemouth to the Weston Homes Stadium on Wednesday evening (7.45pm) and the Minister for Ticketing has advised supporters that there is ‘no need to panic buy tickets.’

The Cherries, currently sit top of the Sky Bet Championship table, while Posh have picked up seven points from the 12 available at the Weston Homes Stadium including victories over Derby County and Birmingham City.

The Minister for Ticketing, keen to avoid a repeat of the current petrol crisis, said: “We must advise fans that they shouldn’t panic buy tickets for Wednesday’s game between Peterborough and AFC Bournemouth, despite the fact there have been 55 goals in the 18 league matches the two sides have been involved in so far this season.

However, tickets can be purchased responsibly from the ticket office or online at theposhtickets.com.