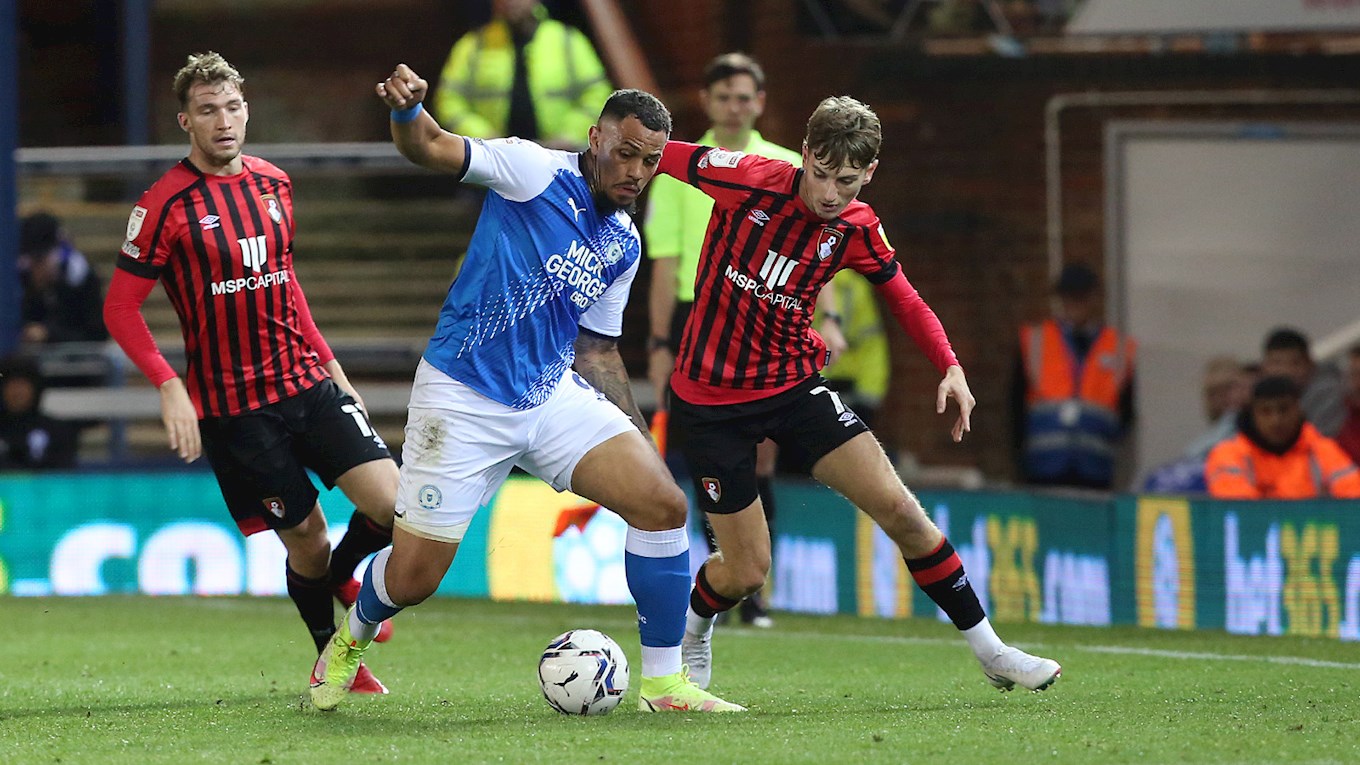 Match report for Peterborough United vs Bournemouth on 29 Sep 21

Peterborough United produced an excellent defensive display to earn a point against league leaders AFC Bournemouth at the Weston Homes Stadium as Darren Ferguson’s men continued their good form in front of their own supporters.

Goalkeeper Dai Cornell made a brave stop to deny Manchester City loanee Morgan Rogers on 13 minutes, the shot-stopper perhaps making the save with his head as it took him a little while to pick himself up afterwards.

Ryan Christie volleyed over from 20-yards on 19 minutes after more good trickery from David Brooks down the right hand side. A swift counter attack from Posh nearly yielded the first goal on 26 minutes as a fizzing Harrison Burrows right-foot cross was attacked by Jorge Grant, but he couldn’t direct his effort towards goal because of the attentions of Gary Cahill.

Jack Taylor sent an effort from fully 35-yards inches past the upright on 36 minutes after Posh took a quick free-kick following another foul on Dembele. Dai Cornell was at full-stretch to keep out a low Christie effort at the other end as the Cherries found some space in a decent area.

Brooks skied an effort over the bar from a well worked corner kick on 49 minutes as the Cherries made a positive start to the second period. Cornell was well placed to catch a fierce Solanke effort on 57 minutes

Both sides made changes on the hour mark with Joe Ward and Conor Coventry introduced by Darren Ferguson, Dembele and Taylor those withdrawn. Sammie Szmodics replaced Grant five minutes later as Posh shuffled their pack for the final time. Travers made a routine stop to keep out a bouncing Clarke-Harris free-kick from range on 70 minutes.

Burrows was cautioned for a foul on 80 minutes by referee Andy Woolmer who reached for his pocket for the first time in the evening. Solanke fired over on the turn after a bit of pinball in the box moments later.

Solanke headed over from a corner as the game moved into a surprising six minutes of added time.