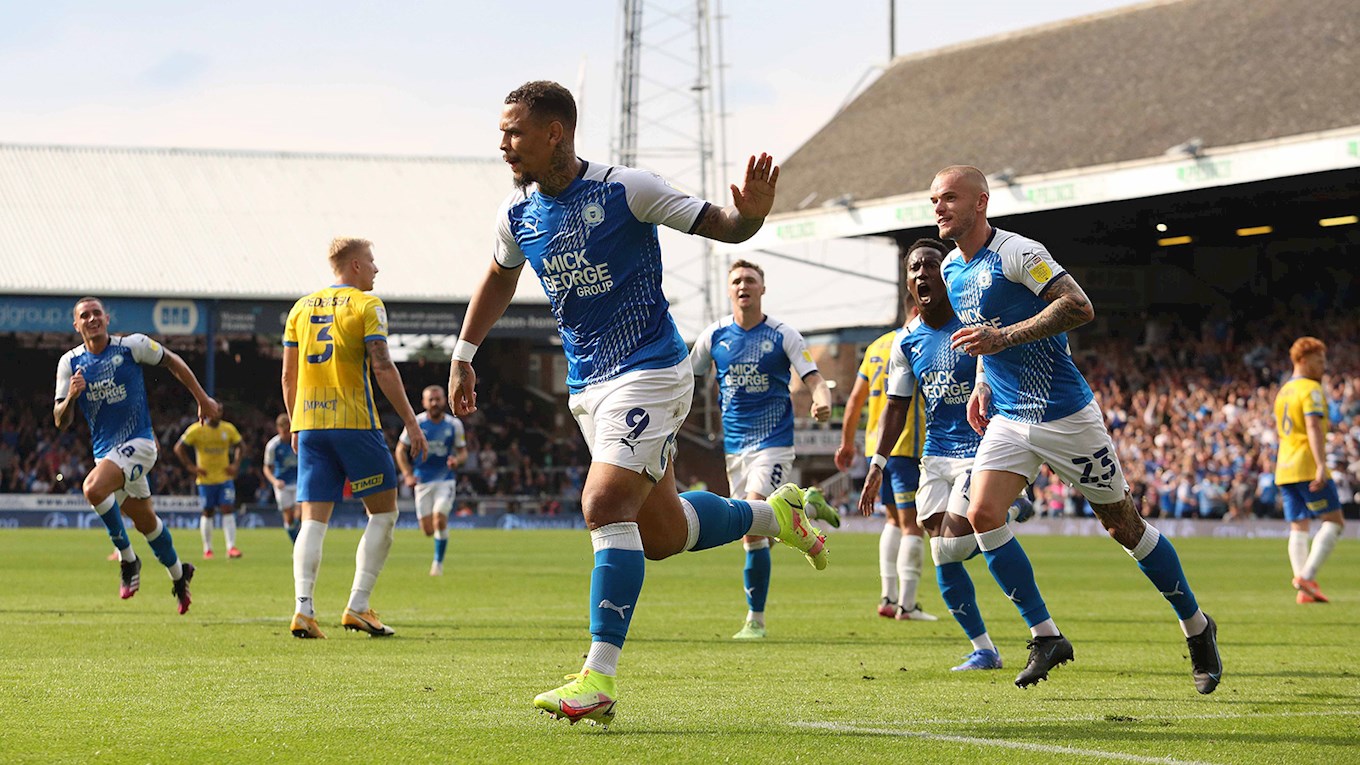 Darren Ferguson’s men put in a wonderful performance to secure three points as the Blues were well beaten at the Weston Homes Stadium.

It was an excellent start for Darren Ferguson’s men who opened the scoring inside the first two minutes as Dan Butler picked out Siriki Dembele and his low cross was turned past his own goalkeeper by Harlee DEAN.

Troy Deeney headed over from a left-wing centre on 19 minutes as the visitors came close to a response. Jorge Grant fired over from 30-yards after good hold-up play from Clarke-Harris on 24 minutes.

Moments later, Dembele drilled a shot from a similar distance over the top after excellent play in the approach from a number of Posh players. A wonderful pass from Grant picked out the onrushing Taylor on the half hour mark, the midfielder managed to nick the ball past the keeper, but it was a tight angle and that initial chance was snuffed out, Dembele’s eventual effort was deflected wide.

On 34 minutes, Posh doubled the lead as Grant burst between the Blues back four, he dribbled across the box and was upended in the area by Woods. Jonson CLARKE-HARRIS stepped up and sent the keeper the wrong way from the spot for his second goal of the campaign.

Gary Gardner fired a half volley from 25-yards wide of the target as the first half moved into four minutes of injury time. The visitors made a double change at the break with Sunjic and Sanderson introduced by Lee Bowyer.

Posh made it 3-0 on 48 minutes as a pass from Deeney hit his own man and rebounded for Dembele, he advanced down the left, timed his pass to GRANT to perfection and the midfielder did the rest, firing low into the bottom corner.

Birmingham were reduced to 10-men on 65 minutes as Gardner was shown a straight red card for a horrendous challenge on Nathan Thompson. Aneke dragged a shot well wide on 67 minutes as the Blues continued to push players forward despite the numerical disadvantage.

Frankie Kent was cautioned for a late foul on 70 minutes and from the resulting set-piece, when recycled, Aneke diverted a shot over the bar from close-range. Darren Ferguson made his first change on 72 minutes with Conor Coventry replacing the excellent Taylor.

Sammie Szmodics and Harrison Burrows replaced Dembele and Grant, who both received standing ovations from the home faithful. Cornell produced a fine stop to keep out Deeney on 85 minutes after he muscled his way into the box.