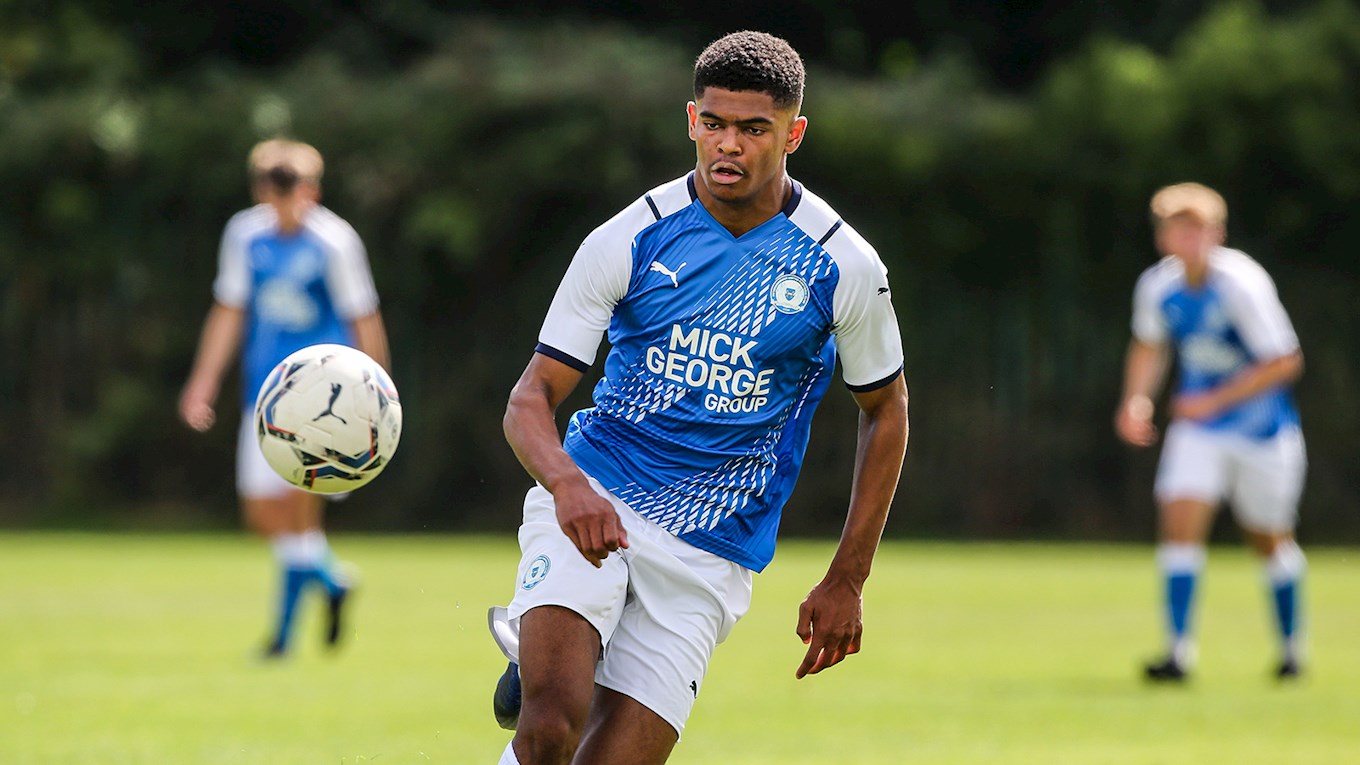 Simon Davies’ men pick up a point from 2-2 draw against Colchester United.

The Peterborough United under 18s recorded a 2-2 draw with Colchester United in their last league fixture with Lewis Darlington and a trialist on target leaving manager Simon Davies with mixed emotions at the full-time whistle.

“There were some good parts and some not so good parts. Colchester pretty much matched us up with the diamond, so it was a bit scrappy at times. We were a bit loose defensively and gave away a couple of sloppy goals, but we stayed in the contest and created chances, we just were not ruthless enough with them.

“Lewis has had a frustrating spell with injuries. He is showing signs of the potential that we see in him. He is a goal-scorer so he just needs a run and I am sure he will get that. Lewis just needs to stay fit and he will get his opportunity,” Davies said.

Posh are next in action on Saturday morning against Swansea City.