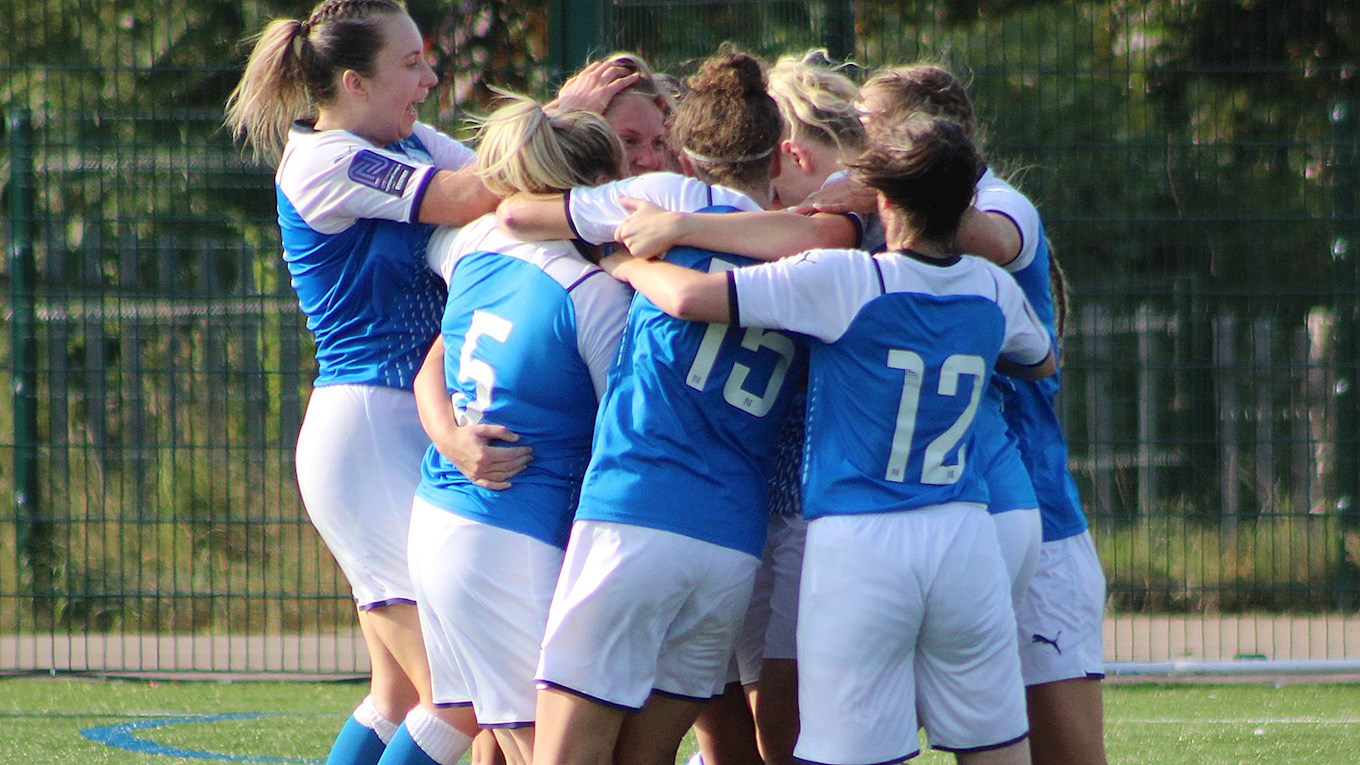 Another week, another late showing as Stacey McConville rescues a point for the Women.

Peterborough United Women’s rescued a late point for the second week running after Stacey McConville’s strike earned a 2-2 draw against Long Eaton United in a FA Women’s National Division One Midlands fixture, picking up their first point at home this season.

Jordan Atkins had two great opportunities for the visitors in the opening stages, as she drove past Kerryn Copeland and crossed from the by-line, but it evaded everyone inside the box. A few minutes later, she cut the ball back to Jess Munn, who was free inside the box, but she couldn’t get her shot underway and Posh managed to clear their lines.

On eight minutes, Megan Parrett’s cross found Laura Dodwell at the back-post and her shot was straight at the keeper, but she parried into feet of Keir Perkins, who fired well over on the half-volley.

Long Eaton started the game strongly and had another chance to break the deadlock, as Moriam McIntosh broke through on-goal, but she couldn’t direct her shot either side of Cooper and straight into the hands of the keeper.

Dodwell evaded one challenge before bursting down the right-hand side, playing the ball across to Perkins, but her first-time shot was down the throat of the keeper.

However, on 22 minutes, Long Eaton found the breakthrough after a 30-yard strike from Cara Thornton thundered into the top-left corner. Ten minutes later, the visitors doubled their lead, as a lengthy scramble inside the box was eventually tapped home by McIntosh.

Posh managed to pull a goal back just before the break, as Megan Breakwell’s long-ball set Parrett through on the left-hand side, who slid it across to Perkins and she slotted the ball underneath the keeper.

There was plenty of action in the final few minutes of the first half, as Long Eaton thought they had reinstated a two-goal advantage, but the referee ruled the goal out for offside, despite the protests from the players.

Perkins cross looked set to find Dodwell at the back-post, but Leah Kellogg did well to push the ball away from the on-coming Dodwell, as Posh chased for the equaliser straight after the break.

Just after the hour mark, Cooper was called into action once again, producing a fantastic low-save before quickly collecting on the rebound. O’Neill then saw a left-footed effort from the edge of the box fall straight into the hands of Kellogg.

Long Eaton continued to threaten on the right-hand side, as McIntosh was unable to connect on a low-cross from Atkin. With 10 minutes left on the clock, Long Eaton United were awarded a penalty after the referee adjudged that Cooper clipped their striker. But the visitors were unable to capitalize on the opportunity as the spot-kick was saved by Cooper.

Posh continued to chase for the equaliser in the closing stages of the match, and for the second week running, the Ladies produced a stunning comeback. Parrett was the creator, once again, as her cross was thundered home on the volley by McConville to rescue a point against Long Eaton.

The Reserves also continued their winning start to their East Midlands Women Regional Football League after a 3-0 victory against Ilkeston Town Ladies. A first-half goal from Zoe Devonport separated the sides at the break before goals from Paige Smith and Aliyah Palmer secured the three points.