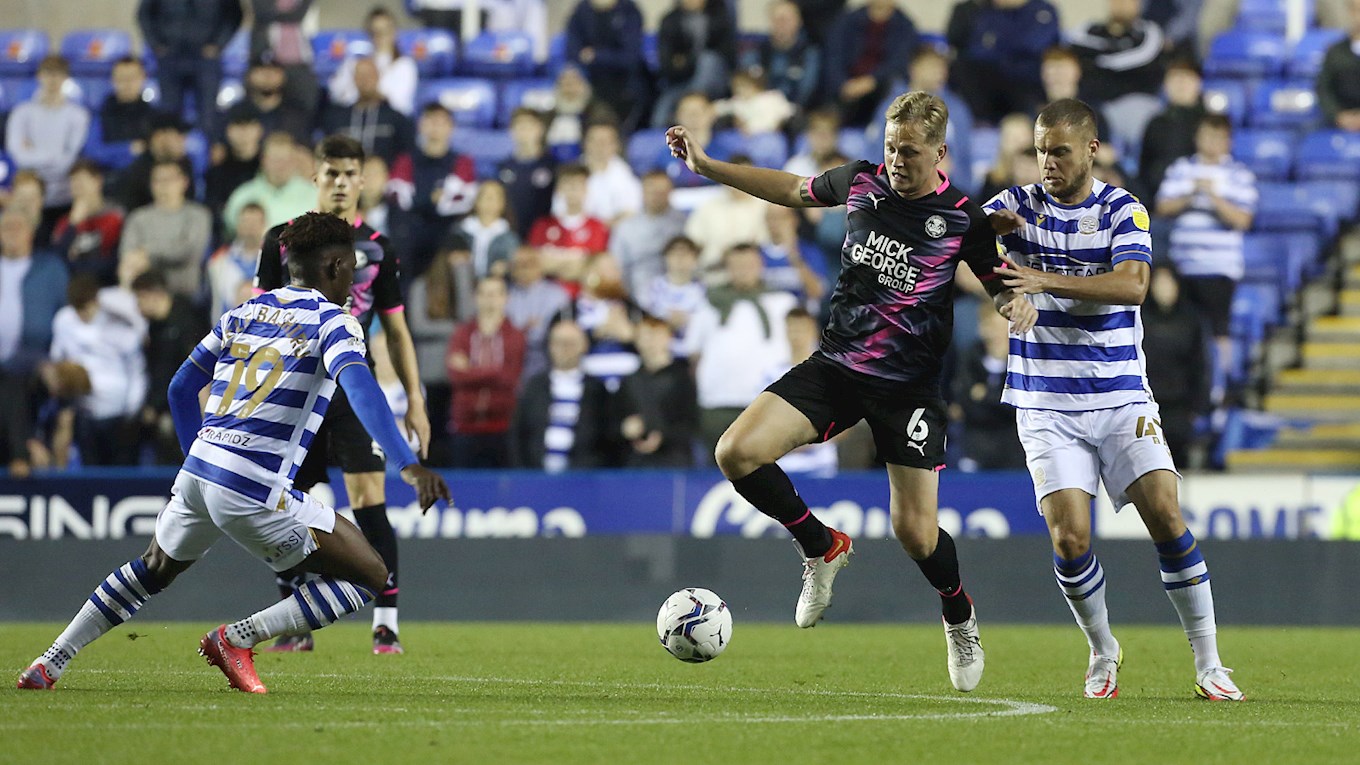 Posh centre back Frankie Kent admits it was a ‘horrible feeling’ to be on the wrong end of the score-line at Reading.

Peterborough United central defender Frankie Kent was bitterly disappointed that his side were unable to come away from the Select Car Leasing Stadium with any points on Tuesday night as the Royals scored three times in the second half sandwiched in between a consolation goal from skipper Nathan Thompson.

Darren Ferguson’s men conceded twice in four minutes midway through the second half and the Royals added a superb third two minutes from time. Kent admits it was a ‘horrible feeling’ to be leaving Berkshire with no points.

“It is a horrible feeling. I thought we did okay in the first half and I felt we were on top until they scored, but we have to find a way to stop conceding so soon after the first because it gives you a mountain to climb.

“It is not for the want of trying. The effort was there, but things need to change and we are going to try our hardest to make sure that change happens. We are not getting the rub of the green away from home, but we can’t use that as an excuse, we have to put it right.

“We can take some positives out of the game but we have lost it 3-1 and ultimately that is not good enough. We have shipped three goals tonight and everyone is bitterly disappointed. However, we can’t keep our heads down for too long, we have another game on Saturday against Birmingham City,” Kent said.

Ferguson handed teenager Ronnie Edwards a start alongside Kent with Mark Beevers injured and Josh Knight named among the substitutes. Edwards certainly didn’t look out of place with an excellent display and Kent added: “I enjoyed playing alongside Ronnie Edwards, considering he is only 18-years-old, he did really well, you know what you are going to get from him.”