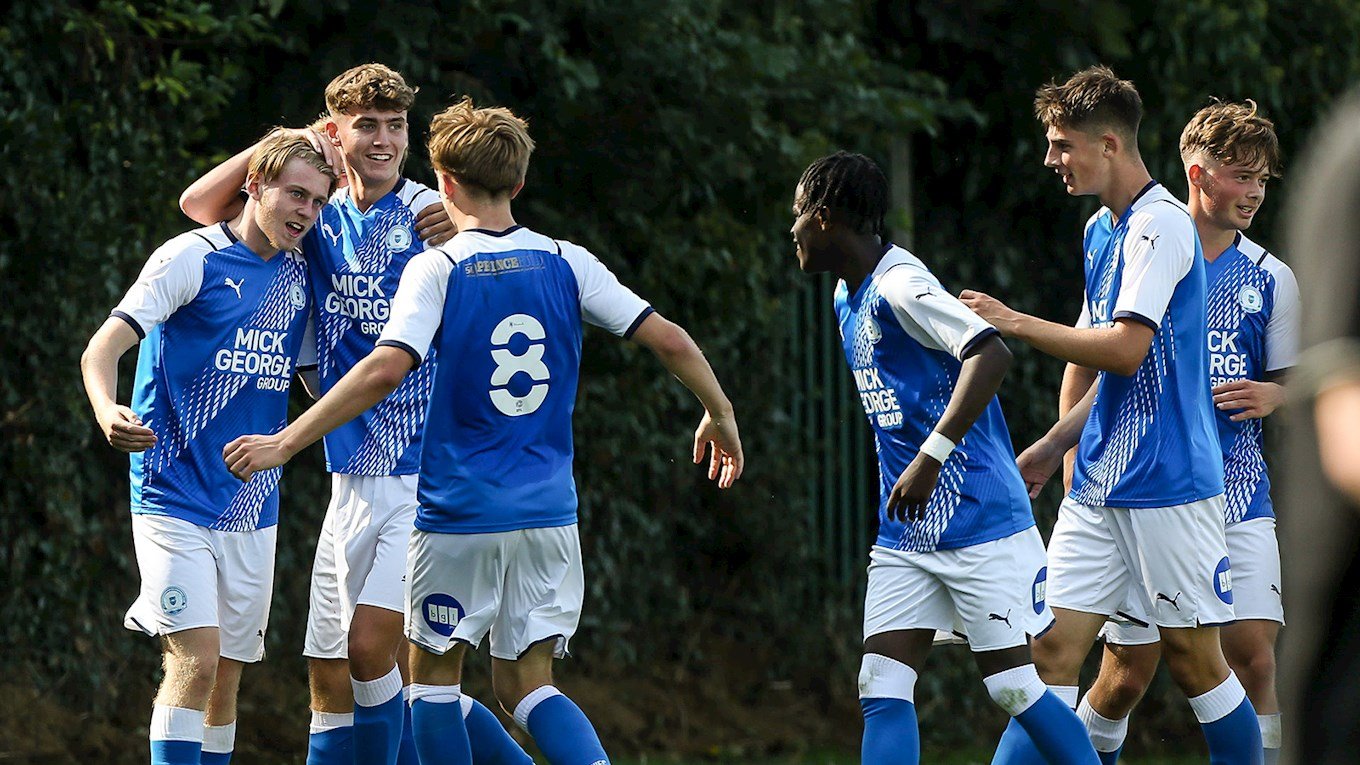 Hickinson At The Double In Under 18s Cup Success

The Peterborough United under 18s eased to a 4-1 victory over Sheffield United at the idverde Training Ground on Saturday morning with Kellan Hickinson bagging a brace in the PDL Cup tie, which was the first of the group games in the competition.

Simon Davies’ side will also face Ipswich Town and Coventry City in the group phase but got off to a great start in the tournament with a resounding success over the Blades, who knocked Posh out of the FA Youth Cup last term at Bramall Lane.

Hickinson netted twice, while Harry Thomas and Gabriel Overton also got themselves on the score-sheet with boss Davies pleased with his side’s display, particularly in the first half as the Blades were blown away.

“I think we have been good with the ball in a lot of our fixtures this season, but in this particular match we looked more secure defensively. It is testament to the boys, we worked on that last week and they took it on board going into the game. In the first half we were very good.

“In the second half, we didn’t quite have the same rhythm, made it a bit more difficult for ourselves, but they were always going to have a reaction after the first half. It was another good showing from the lads and we just have to keep that going now,” Davies said.

Posh under 18s are without a league fixture on Saturday, but a number of the squad will be involved in the two under 23s games this week, at Bristol City on Tuesday afternoon and Swansea City on Friday. The next league game is at Wigan Athletic on 2nd October.