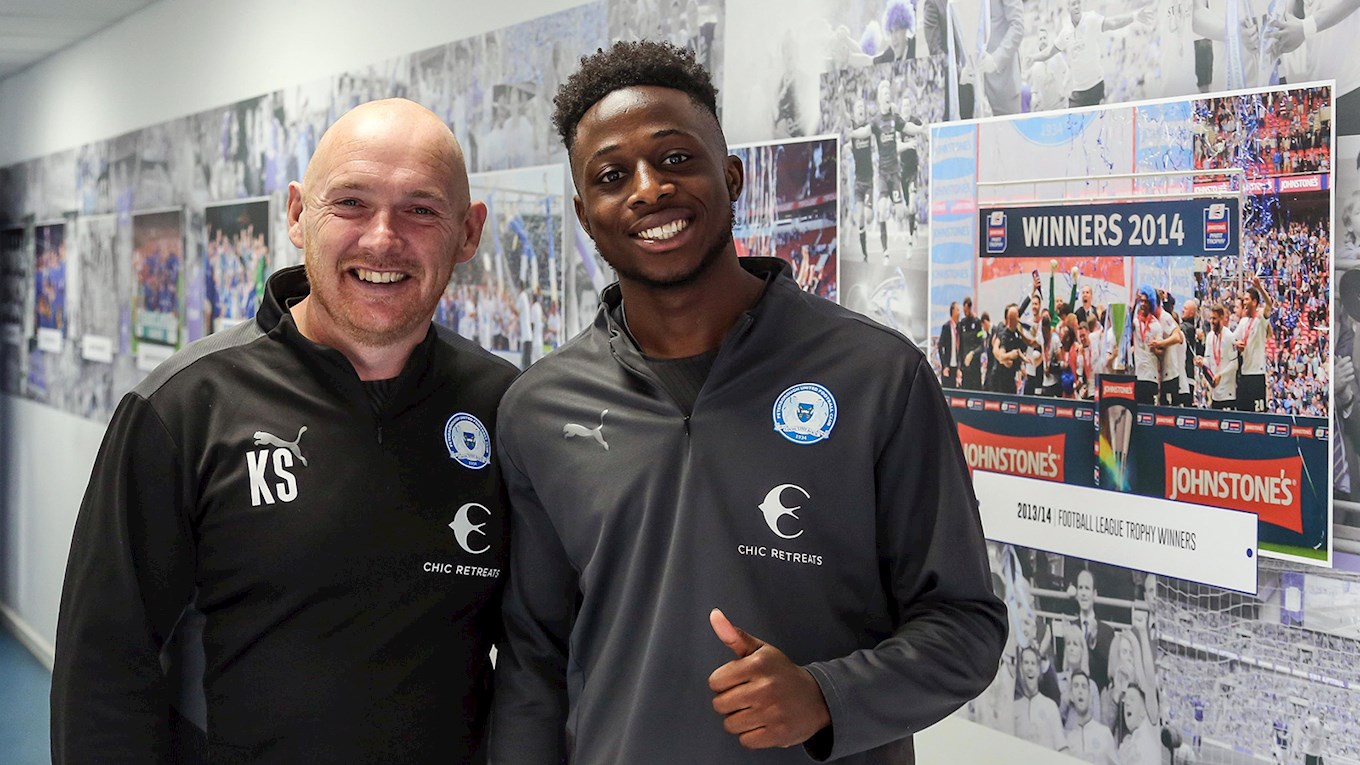 The Peterborough United under 23s have bolstered their attacking options with the arrival of Johnson Adu Gyamfi following a successful trial with the winger playing in a starring role against Bristol City on Tuesday afternoon, bagging a brace.

Gyamfi, who has featured in a number of under 23s fixtures to date, joins Matthew Etherington’s squad after leaving Premier League side Leicester City in the summer. The 19-year-old is excited about the opportunity he has at the Weston Homes Stadium and is determined to impress.

“When my agent spoke to me about coming to the club on trial I was absolutely delighted. I spoke to some of the players and that reaffirmed what I already thought that this was the perfect place for me to be. It was a no brainer. The coaches here are very good and the fact that the club is in the Championship made it a very attractive option.

“The fact that the under 23s are in a league means it will be competitive and there will be regular football and it is something that I am really enjoying. The games come thick and fast, and I just want to go out there and enjoy it and help the team,” Gyamfi said.

The teenager has settled in quickly at the club and is looking forward to developing as a player under the guidance of Etherington, who, in his playing career, played in the same position, on the left-side of the midfield.

“I am a winger and I prefer to play from the left. I like to cut inside and shoot. I have a good range of passing, pretty quick and I like to get forward and create. I am learning all of the time and the fact that the manager played in my position means I have the perfect person to listen to and he and the other coaches will help my game.

“I am actually Ghanian-Italian, I was raised in Italy for 10 years, joined Leicester City at the under 11 age group and left following my first year at Leicester. I had a couple of injuries which hampered my progress so I am delighted I am here now and I can get games under my belt and show what I can do,” Gyamfi said.