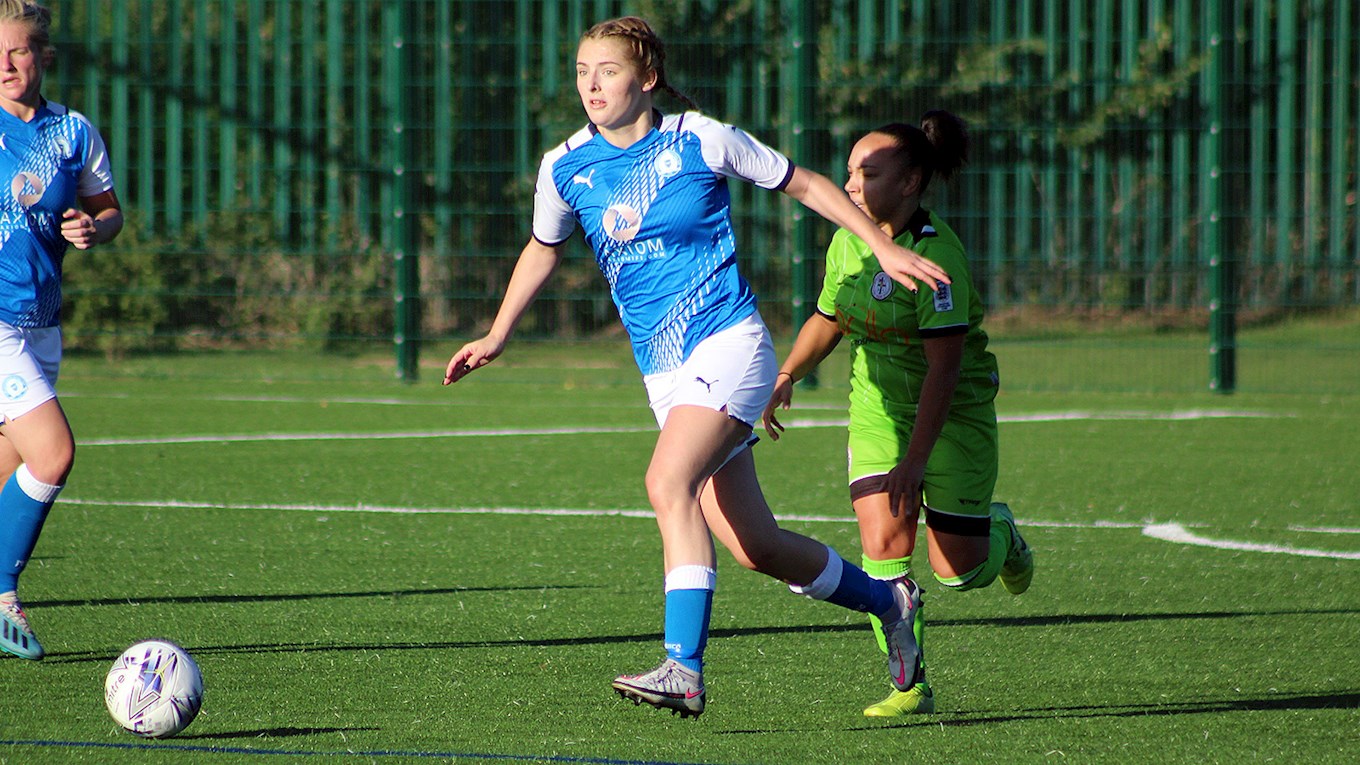 Peterborough United Women fell to a 5-2 defeat against Boldmere St Michaels in FA Women’s National League Division One Midlands fixture despite a much-improved performance by Chloe Brown’s side in the first half.

The Women started the game strongly as great hold-up play Kier Perkins set Megan Parrett through on the left, but the defender got across quickly to clear the ball. However, the deadlock was broken on seven minutes, as Hannah Hipwell's in-swinging cross found Jess Driscoll free inside the box to head home from close range.

But the visitors pegged the scores back level on 11 minutes as Evie Bilingsley managed to beat Posh high-line and fired past Sophie Powell. Six minutes later, Boldmere St Michaels raced down the right-hand side, putting in an inviting cross into the middle, but Annie Highway couldn’t direct her header on target.

The ball was played out to Cassie Steward on the right, who cut onto her stronger foot, but the shot flew well over the bar. Just before the half-hour mark, a Boldmere St Michaels corner missed everyone inside the box before it was cleared by Niamh Connor.

On 35 minutes, Posh reinstated their lead after some terrific footwork by Perkins on the edge of the box. Steward’s free-kick from the right-hand side was cleared but only to Perkins, who switched the ball onto her right foot and fired into the bottom corner.

Hipwell played Steward through on-goal, who was pushed wide by the keeper but managed to get the ball onto her right foot and her shot just glanced past the far post. Borque then had an effort fall straight into the keepers’ hands as Posh entered the break in the lead.

However, three minutes into the second half, Boldmere St Michaels grabbed the equaliser as a corner was whipped in with pace and a player was free at the back post to head home. In a matter of minutes, Perkins had a real chance, for the third time this game, to hand Posh the lead after she was slipped through on-goal by Hipwell, but her effort struck the post.

On 56 minutes, Boldmere St Michaels took the lead for the first time in the game as a long-range effort looped over Powell and into the back of the net. Ellen Marson replaced Beatriz Borque on 59 minutes, nearly making an instant impact, as a low cross from Marson found Perkins, but she couldn’t keep her effort down.

Posh continued to push for an equaliser and looked in control until Connor was pipped in possession on the edge of the box and Stephanie Watson fired past Katie Cooper to give the visitors a two-goal lead.

That didn’t dampen Chloe Brown’s side spirit, as Hipwell unleashed a fierce shot on goal that struck the upright of the post before being cleared by the defenders.

Boldmere St Michaels grabbed their fifth goal seconds before the final whistle after Watson latched onto a through ball and slotted into the bottom corner.