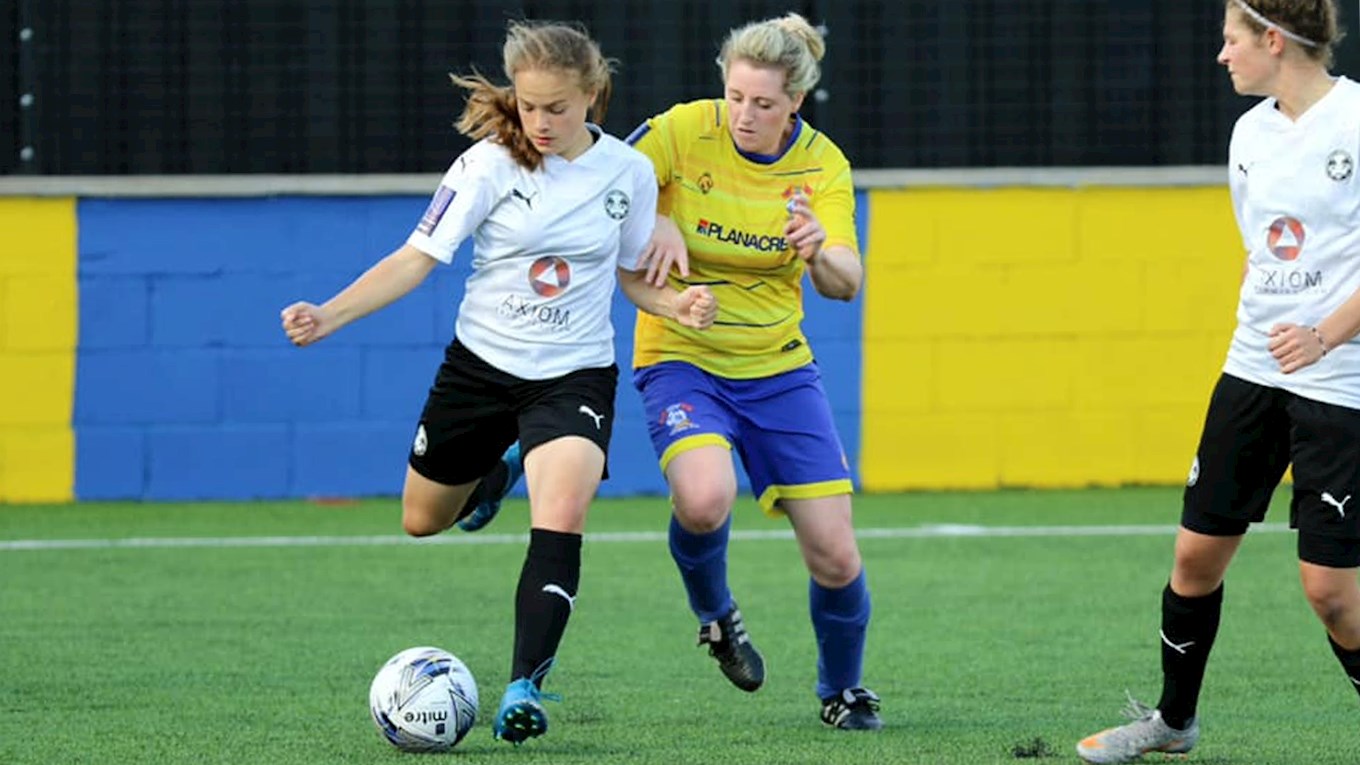 The Women are knocked out of FA Women’s National League Plate after falling to defeat at Guardian Warehousing Arena.

Peterborough United Women's suffered a 5-2 defeat to Sporting Khalsa Women in the Preliminary Round of FA Women's National League plate after two goals in injury time from the hosts.

Despite a depleted squad that saw only one player available to name on the bench, Posh started the game strongly and pressed the Sporting Khalsa back-line into a few mistakes, including some brilliant work by Megan Parrett on the wing, laying it back to Cassie Steward but her effort failed to test Stacey Garnham.

On 11 minutes, the hosts broke forward with a long-ball over the top that Sarah Hazell pounced on, who tried to chip Sophie Powell but couldn’t get enough height on the ball.

Louisa Anderson sent a free-kick to the back-post and Megan Cann headed just wide after beating her marker to the ball. Rebecca Gill-Parson broke free on the right, but Copson got back quickly to poke the ball out for a corner.

From the resulting corner, Sporting Khalsa broke the deadlock as Anderson headed home from close range. It was a quick-fire double for the hosts, as straight from kick-off Sarah Hazell closed down Powell and her clearance ricocheted off the striker and into the back of the net.

Stacey McConville quickly looked for an instant response as her free-kick from just inside Posh half clipped the crossbar and bounced out of play. On 31 minutes, Hannah Hipwell switched the ball out wide to Ellen Marson, who had an opportunity to pick out Steward, but her low cross was smothered by the keeper.

Just after the half an hour mark, Posh pulled a goal back after Hipwell sent a stunning free-kick into the top right-hand corner after being brought down inches outside the box.

Sporting Khalsa continue to threaten with the over-top balls as Hazell latched on and broke through on-goal, but Powell saved well with her feet. The hosts reinstated their two-goal advantage on 40 minutes after Gill-Parsons directed her shot into the bottom corner.

Posh upped the tempo after the break, closing down quicker and putting pressure on the ball, but Sporting Khalsa came closest to extending their lead after Julie Stinnup fired wide from inside the box.

On 61 minutes, Posh pulled it back to a one-goal deficit after brilliant pressure by Jess Driscoll, who nipped the ball from the defender and burst into the area, playing it across to Parrett to tap home.

It was another great recovery tackle by Copson to stop Hazell from breaking into the area after breaking free on the left-hand side. With 10 minutes to go, Sporting Khalsa’s Hazell headed wide as Posh pushed the players forward to find the equaliser.

It looked like it paid off on 88 minutes when Marson danced past Laura McQuilkin and found Driscoll inside the box, but she fired her shot over the bar. Then, the punishment of throwing players forward kicked in, as Chloe Handy broke through on-goal and slotted the ball into the bottom corner.

Two minutes later, Sporting Khalsa added a fifth after Posh failed to clear a cross and Molly Wright volleyed home from close-range to knock Posh out of the FA Women’s National League Plate in the preliminary round.

Meanwhile, the reserves were beaten 7-0 by Nottingham Forest Women Development.