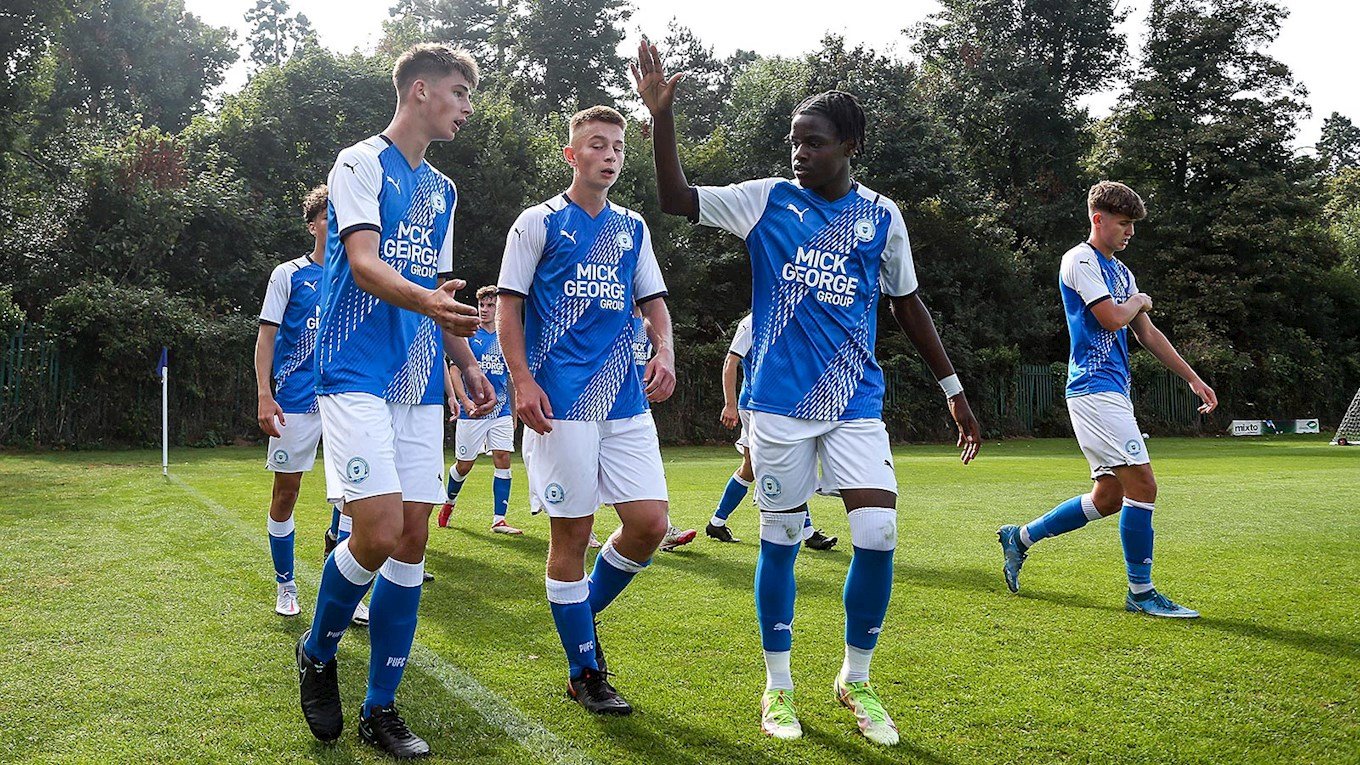 Simon Davies’ men pick up three points on the road at Wigan Athletic on Saturday morning.

The Peterborough United under 18s picked up arguably their best win of the season as Simon Davies’ men beat Wigan Athletic 2-1 away from home thanks to goals from the in-form Emmanuel Ogbonna and substitute Rueben Marshall.

The Latics, who have enjoyed tremendous success, both in terms of league results and the development of their players, in recent seasons, opened the scoring in difficult conditions in Lancashire, but Posh battled back and secured a notable win thanks to a very late Marshall strike.

Davies said: “It was probably our best win of the season. They have been very strong at this level for the last couple of years, so they are a tough team to play and it was a game played in really difficult conditions, wet and windy, but I felt all things considered, the lads put in a really good display.

“Every player contributed to the game, we tried to play our stuff when we could and we got our rewards. We went 1-0 down to a goal, which was a good goal from them, but the boys have a really good spirit, they stuck to the game plan and in the second half we were well on top and scored the goals to win the match.

“The winning goal came so late on so it was great for the players to have that feeling of euphoria. There have been a couple of times this season where we have lost games late on after playing so well, so to have the feeling of winning a game in that manner when we deserved it too was wonderful.

“The boys showed a real togetherness and wins like that only enhance that togetherness so overall it was a good day for us. Manny took his goal really well and Reuben’s goal was a one-on-one after a mistake at the back from them, but sometimes when you have a lot of time to think about it those opportunities can be difficult, but he remained calm and took it well.”