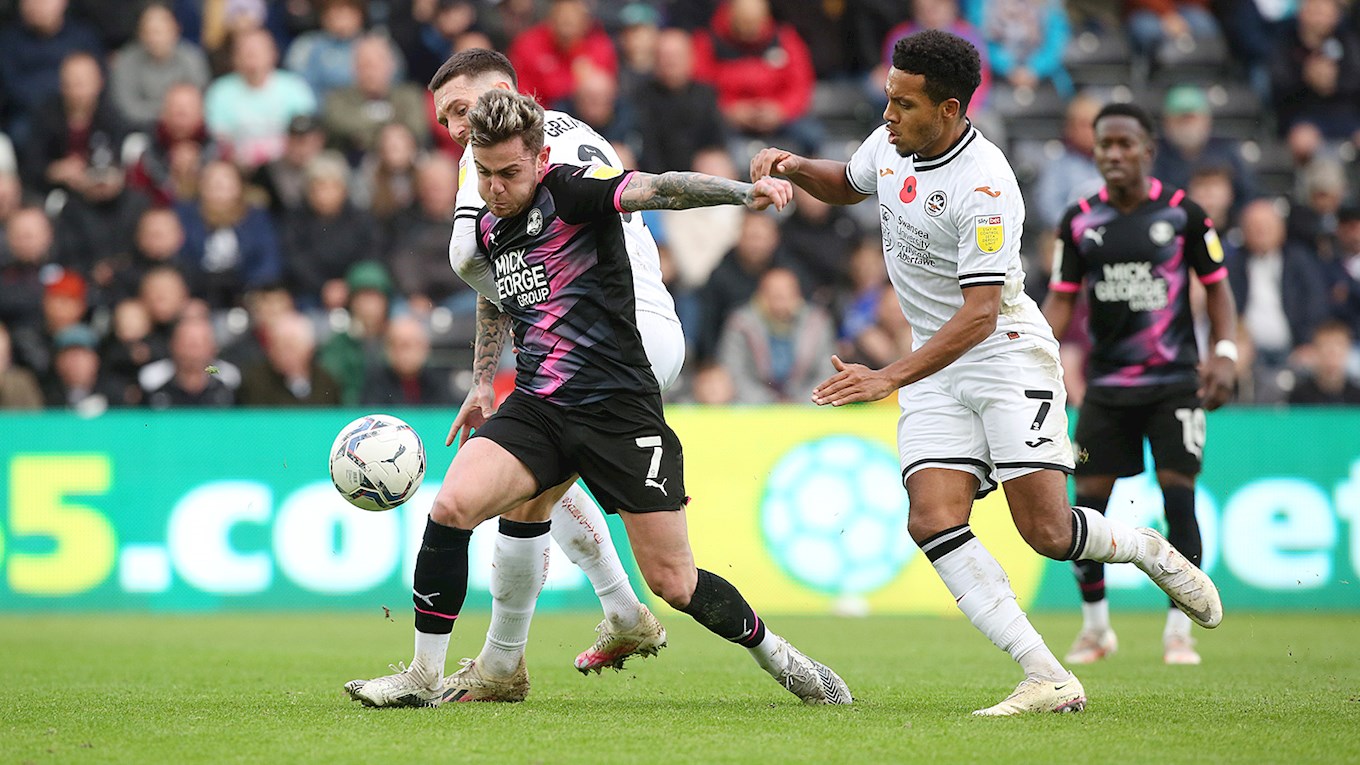 Swansea City produced an excellent performance to condemn Posh to a 3-0 defeat.

Peterborough United must ‘take their medicine’ after a 3-0 defeat at Russell Martin’s Swansea City as three goals before the break made it an incredibly difficult afternoon in South Wales as Darren Ferguson’s 499th match in charge of the club ended in a loss.

Ferguson said afterwards that his side will come up against quality opposition at Championship level and when standards slip and you give yourselves a mountain to climb, falling behind as they did inside the opening minute with a second going in before the quarter hour mark.

The home side didn’t take long to find the breakthrough as a low cross from the right by Ethan Laird was tapped into the back of the net from close-range by Jake BIDWELL. Ryan Manning drove an effort wide from 25-yards on seven minutes as the Swans continued to dominate.

On 14 minutes, the home side doubled their lead as a poor pass out from Thompson was capitalised on and the ball was fed to top scorer PIROE who made no mistake, rifling the ball into the bottom corner from the edge of the penalty area.

Piroe had a chance to make it 3-0 on 18 minutes, but he fired over after a Grimes free-kick was only half-cleared. Goalkeeper Ben Hamer produced a stunning fingertip save to keep out a first-time drive from Thompson on 26 minutes after good work from Dembele and Szmodics in the build-up.

Posh should have pulled a goal back on 42 minutes as Grant picked out Szmodics, but the former Colchester man sliced wide with his left-foot on the stretch. On the stroke of half-time, Darren Ferguson made a change with Dan Butler replacing Burrows.

In stoppage time, Swansea made it 3-0 as NTCHAM was afforded all the time in the world to drill a low effort into the bottom corner. Posh made a second change on 52 minutes with Jonson Clarke-Harris replacing Jorge Grant.

Posh made a third change just before the hour mark with Joe Ward replacing Kanu. Manning was cautioned for a foul on Dembele on 62 minutes. Substitute Obafemi was superbly denied by Cornell on 70 minutes as Posh were caught out at the back.

Cornell produced another good stop to keep out Obafemi on 77 minutes after more slick football from the hosts.