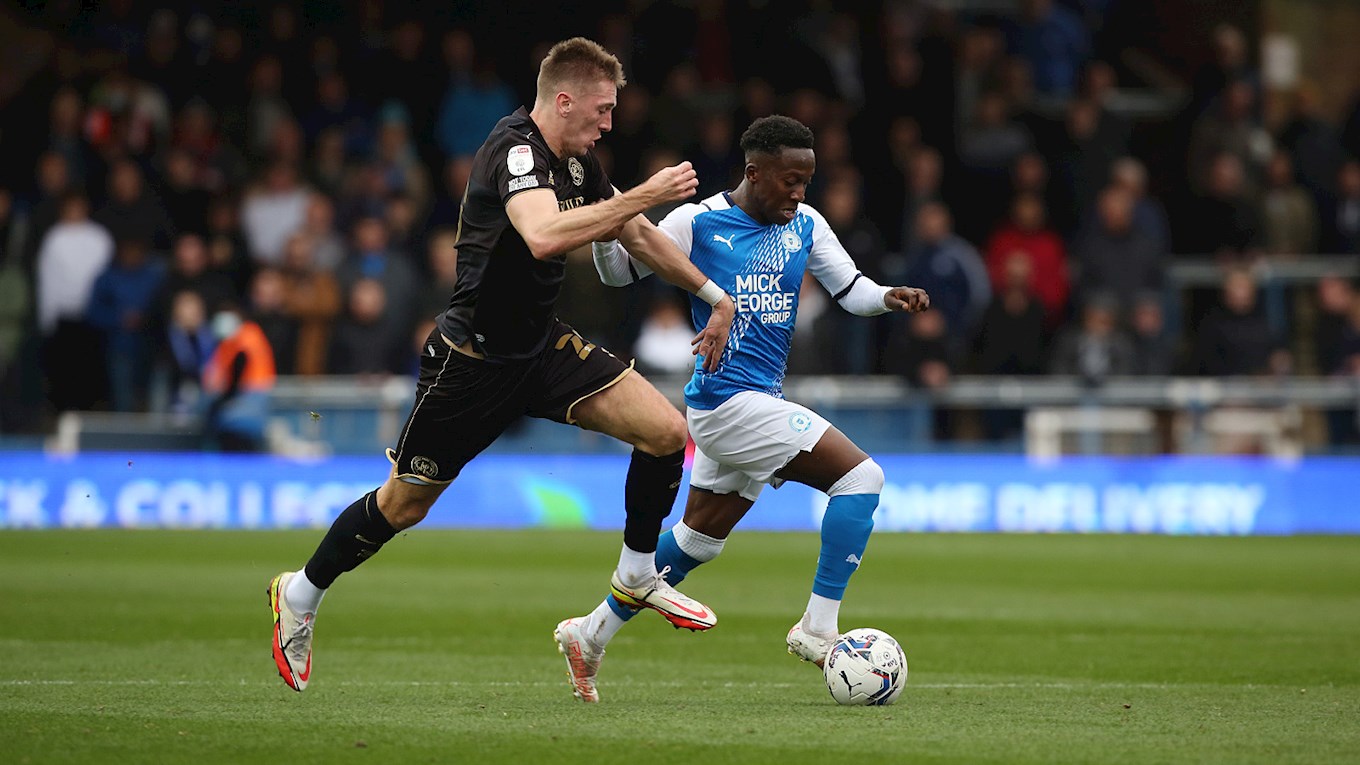 Back to back wins in the Championship for Posh after Darren Ferguson’s men come from behind to beat QPR.

You should never leave a game early. You certainly shouldn’t leave a game early at the Weston Homes Stadium, this season alone has provided all the evidence you need about that and this game was no different, as Siriki Dembele popped up with a 92nd minute winner against Queens Park Rangers.

Inside the opening two minutes, Posh had the ball in the back of the net as a Jorge Grant corner was flicked towards goal from skipper Mark Beevers at the near post, but Sammie Szmodics got the final touch and was ruled out for offside.

A Dembele cross was inches away from being converted by Jorge Grant on 14 minutes before Szmodics saw a cross-shot beaten away by Dieng. Szmodics hooked a volley wide four minutes later after a low centre from Thompson had caused some problems for the Hoops defence to clear.

Grant tested Dieng with a free-kick on 34 minutes, but the keeper caught it comfortably. The visitors created their first effort on goal on 38 minutes as a Chair shot was spilled by Cornell, the keeper though then made a fantastic save with his legs to deny Dykes before Charlie Austin blazed the loose ball well wide.

Grant was a whisker away from opening the scoring on 40 minutes as his superb strike from distance went inches wide of the near post with Dieng nowhere near it.  The visitors opened the scoring on 50 minutes and it appeared to go straight in via the corner kick taker Ilias CHAIR.

Darren Ferguson made a change on 52 minutes with Idris Kanu replacing Ward, who looked like he was struggling with a knock. Posh drew themselves level on 56 minutes as Academy graduate Harrison BURROWS showed great composure to finish after an excellent Posh move involving Dembele, Kanu and Taylor.

Posh should have been ahead a couple of minutes later as Szmodics broke down the left, he overhit his pass to Grant and substitute Idris Kanu found the side-netting with his effort from a tighter angle. Conor Coventry replaced Jorge Grant on 65 minutes with QPR also bringing on Andre Gray for Charlie Austin in attack.

Dieng denied Taylor on 80 minutes before Dembele fired the rebound over the top as Posh came close to making it 2-1. Posh made an enforced change on 87 minutes with Taylor replaced by Dan Butler due to injury.

Five minutes were added by the fourth official and two minutes into stoppage time, Posh found a second goal as DEMBELE raced onto a superbly timed pass by Norburn and slotted the ball past the keeper.