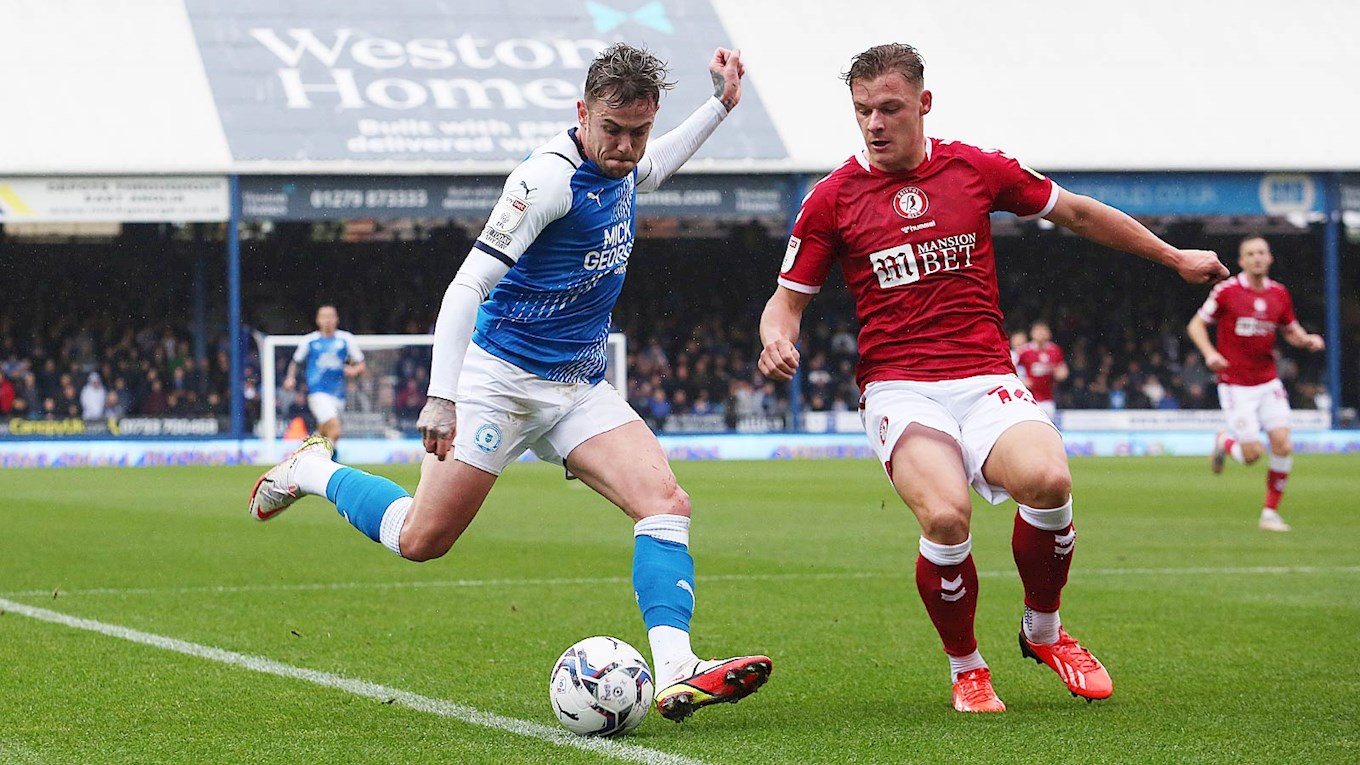 Peterborough United slipped to a 3-2 defeat against Bristol City in Sky Bet Championship action with manager Darren Ferguson disappointed his side were not awarded a spot-kick in the second period as Harrison Burrows appeared to be pushed inside the box.

Nathan Thompson steered an in-swinging cross from Joe Ward over the bar on five minutes after a bright start from Darren Ferguson’s men in wet conditions at the Weston Homes Stadium. Matty James swept an effort over the bar on 16 minutes for the Robins.

The deadlock was broken on 22 minutes and what a goal it was. Conor Coventry raced onto a clever Norburn pass, played it into the path of Burrows, he picked out Sammie SZMODICS and against his former club, he curled a superb effort past keeper Bentley and into the back of the net for his first goal of the campaign.

The visitors levelled the scores on 33 minutes as a deep corner kick was powered home by the towering Rob ATKINSON. Thompson saw a shot blocked as Posh made a spirited response to the setback of conceding. Burrows then had a presentable opportunity on his left-foot, but he sliced it horribly wide of the near post.

The visitors got their noses in front five minutes before the break, Cornell doing well to save the initial effort with his feet, but TANNER was there to fire home the rebound. Posh were level on 42 minutes as a delicious cross from Dan Butler was met by the head of SZMODICS and he superbly guided it over the keeper.

Experienced front man Chris Martin headed wide from a free-kick in first half stoppage time. Dai Cornell made a good save to deny Atkinson’s header two minutes after the re-start as the visitors made a lively start to the second period.

Norburn cracked a powerful drive just wide on 53 minutes as the rain continued to lash down. Darren Ferguson made a change on 57 minutes with Jack Taylor replacing Coventry. Cornell produced another good stop to keep out a downward header from Martin just before the hour mark.

Substitute Jack Taylor rifled a shot from distance just wide of the near post on 71 minutes after some good pressure from Posh. Cornell produced a fine stop to keep out a powerful Martin header before Idris Kanu replaced the tiring Ward.

Andy King became the first player to be cautioned on 81 minutes for a foul on Dembele. Burrows fired wide on the half volley moments later with Posh appealing in vain for a push on the youngster. Out of nowhere, on 83 minutes, Chris MARTIN gave the visitors the lead as he latched onto a loose ball and fired into the bottom corner.

Kanu just couldn’t find a way of directing a lob towards goal after a long ball before Jorge Grant replaced Norburn in an attacking Posh change. Grant was superbly denied by goalkeeper Bentley before Szmodics saw an effort go over the bar.