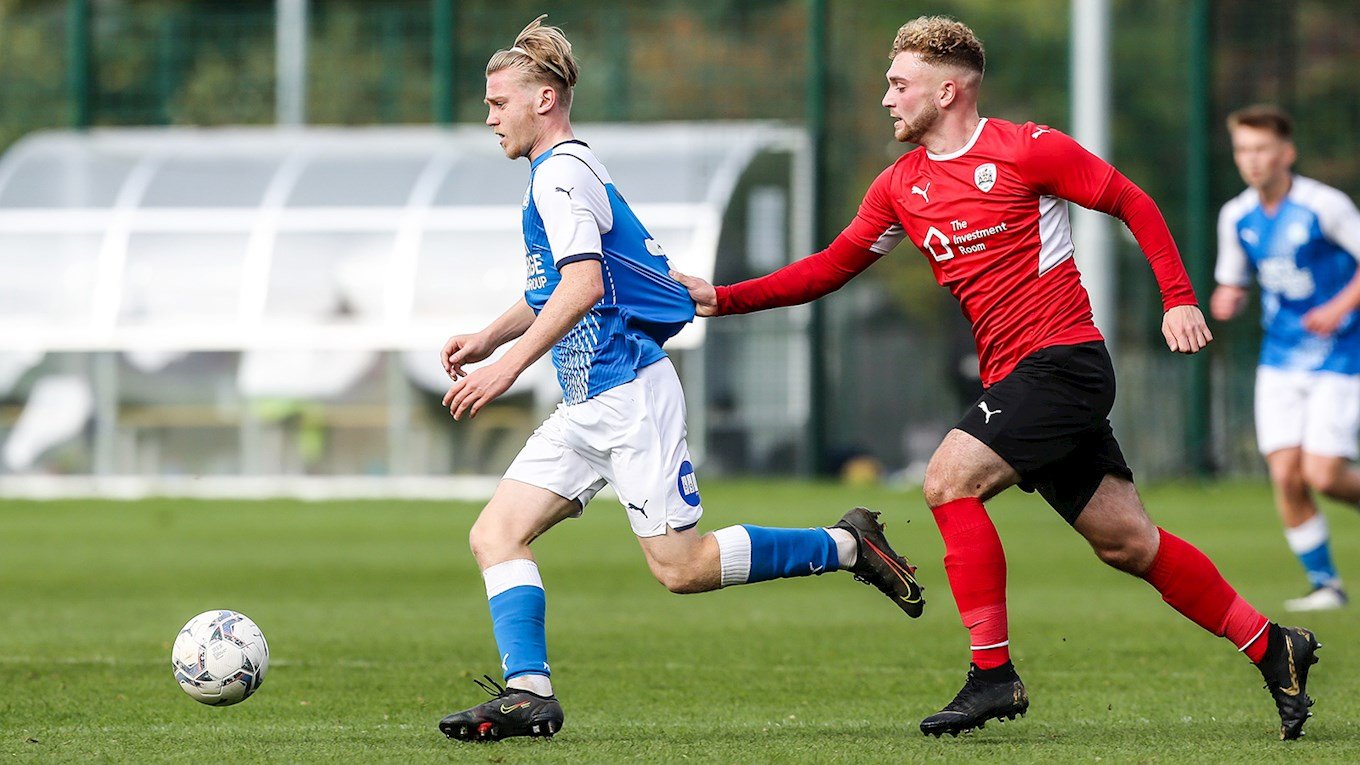 Simon Davies side pick up point from hard-fought 0-0 draw with Barnsley.

The Peterborough United under 18s put in a battling display to hold in-form Barnsley to a goalless draw at the idverde Training Ground on Saturday morning with Simon Davies’ much-changed side continuing to impress at Category Two level.

The Tykes, who were unbeaten in seven going into the contest, caused a few problems for Posh but goalkeeper Will Lakin and his inexperienced back-line stood firm and recorded a notable clean-sheet against one of the division’s strongest teams.

Davies said: “We had a few injuries going into the game, particularly at the back, but it was an opportunity for the under 16s to step up and they did just that. It turned out to be a good day regarding the exposure the lads got to under 18s football.

“Barnsley are in good form, they were aggressive, go long pretty early, but the back four stood up to that really well. It was only Joseph Tointon’s second game since August so that was a good test and we had to make changes towards the end with Roddy McGlinchey going into the defence, so we were a little stretched, but the boys battled well and showed good spirit.

“Kellan Hickinson and Gabe Oberton were terrific throughout the 90 minutes. Both sides had good opportunities in front of goal, but it was a pleasing day. Gabe is a bit of a late developer, he has a lot of potential, great lad, wants to listen and learn and develop and he just needs to get his head down and he will get stronger and stronger.”

A mixture of under 16s and 17s will be in action in the David Joyce Cup on Thursday night at Bugbrooke before a trip to Crewe Alexandra in the League next weekend. The league is extremely tight with just two points separating Posh from second spot.