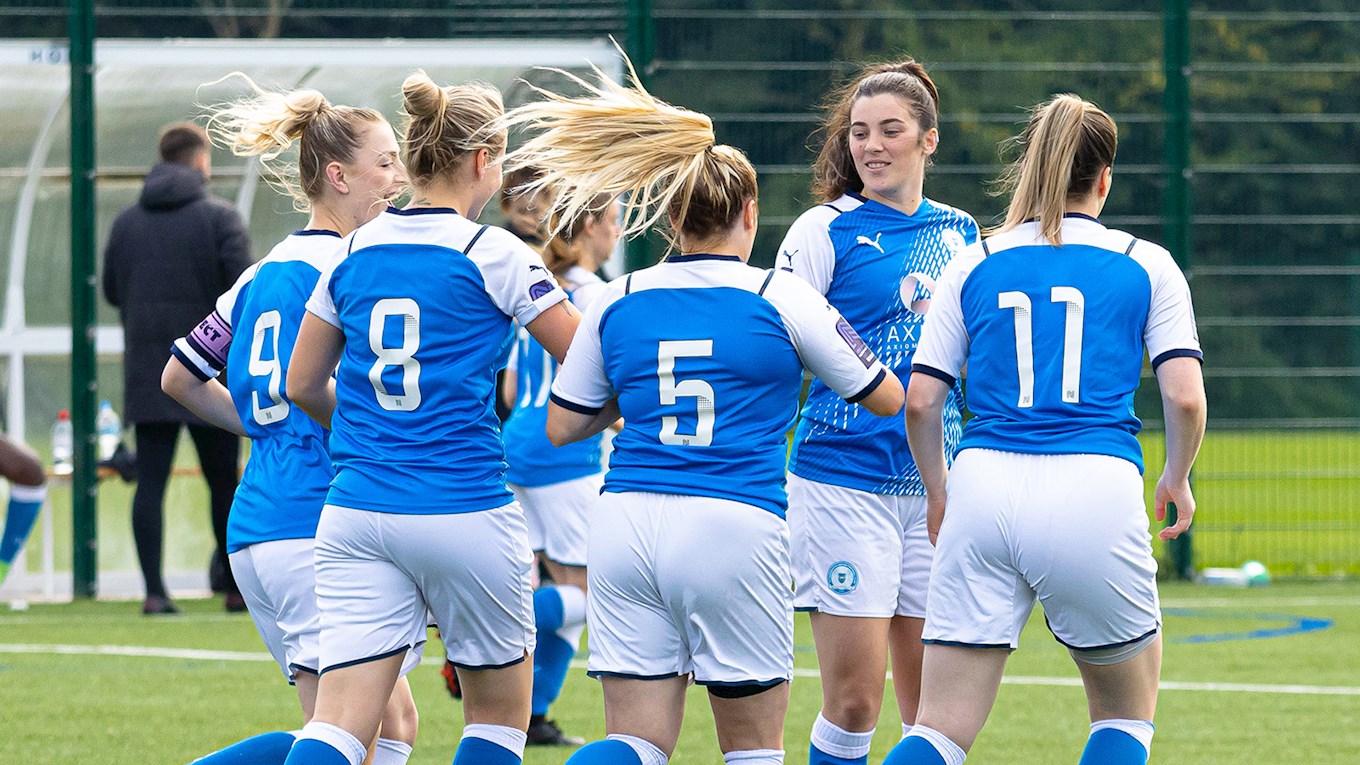 Brown Pleased With Attitude Displayed By Posh Side

Manager Chloe Brown was pleased with the attitude shown in the Women victory in Northants County Cup.

Peterborough United Women progressed into the next round of Northants County Cup after a comprehensive victory over Netherton Ladies & Girls Development squad, who showed nothing but class throughout the game.

Brown spoke highly of the squad attitude towards the game and hopes to take the positivity from this week into FA Cup next weekend.

“It was a really good performance, the attitude from the players was great and the morale in the camp this week has also been positive, so it’s nice after a few disappointing results to come here and get a result. The positivity from the squad, both on Wednesday and today, hopefully, we will take that into Sunday’s game next week and progress to the next round of FA Cup.”

Keir Perkins maintain her fantastic goalscoring form this season, notching four goals yesterday while Cassie Steward grabbed seven goals. However, it was a memorable day for two of the summer arrivals, with both Megan Breakwell and Elizabeth Santiago opening their accounts for the club, with the former scoring a second-half hat-trick.

“Everyone stepped up and proved a good point today, but that’s going to make it more challenging next week when I go to choose the starting eleven. We had quite a few players today that took their opportunity and showed what they can do. It’s not made my decision any easier for next week, but I much rather have it that way.”

But much of the credit from the afternoon has to go to Netherton Ladies & Girls Development squad, who welcomed the opportunity and showed great character throughout the match despite the scoreline. Brown was full of praise for the opposition after the game.

“Netherton are a great club and a lovely team that came over today knowing the task at hand. They could have given up halfway through, but they kept going right to the end. So, full credit to them and want to wish them best for the rest of the season.”

The reserves were knocked out of Northants County Cup after falling to a 7-1 defeat against Netherton Ladies & Girls first-team yesterday afternoon. Zoe Devonport grabbed Posh only goal of the game in injury time at Grange Park.