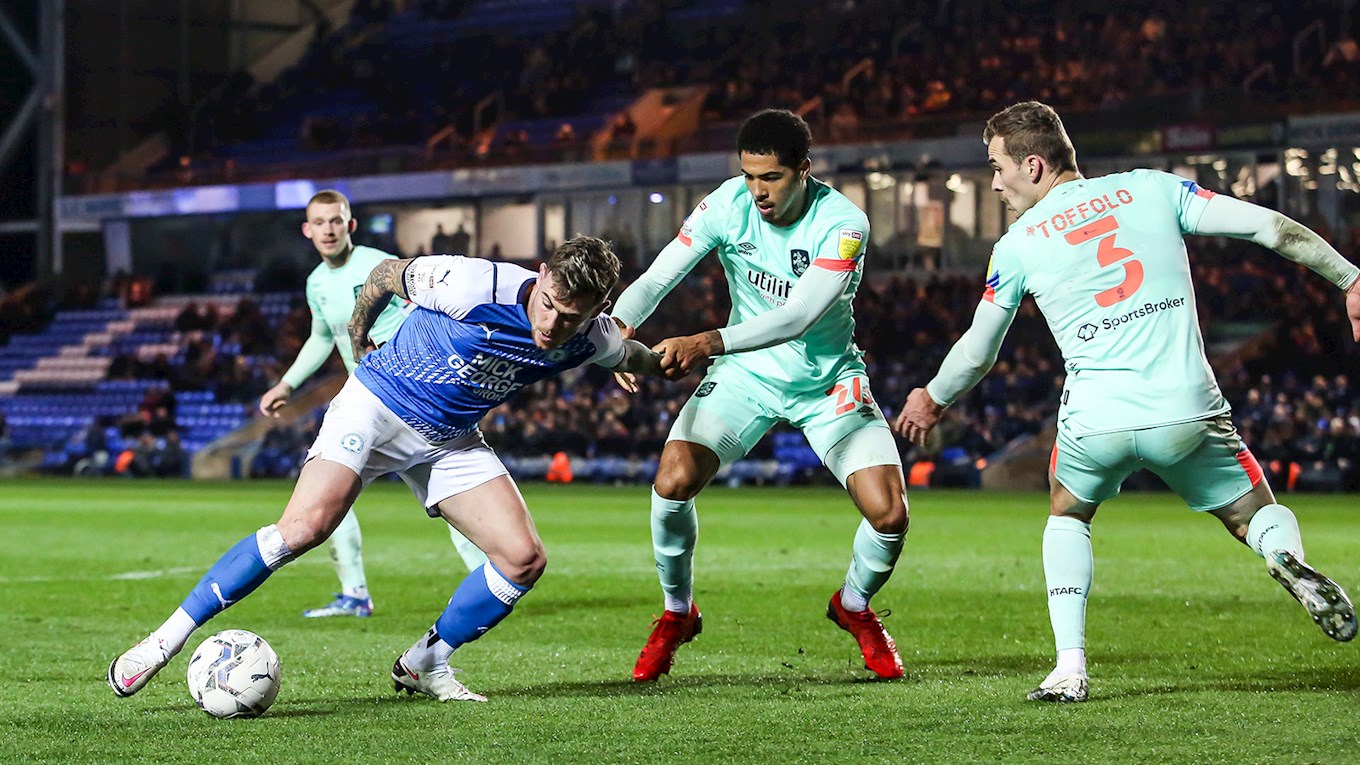 Sponsors Man of the Match heaps praise on others after hard fought draw with Huddersfield Town.

“I don’t know who was voting for the Man of the Match, but I will definitely take it,” said a modest Sammie Szmodics after Peterborough United fought back from a goal down to earn a point against an in-form Huddersfield Town side at the Weston Homes Stadium on Tuesday evening.

Szmodics was once again full of running and it is that effort and commitment that played a big part in the team recording another point on the board. It was Jonson Clarke-Harris who earned that share of the spoils in the final 10 minutes after Danny Ward had converted from close-range for the Terriers as Posh struggled to clear a set-piece.

“We know that we have conceded another sloppy set-piece goal, but we have bounced back at home again and a point is big in the Championship,” Szmodics said. “We have a bite in our home games, we know that we are hard to beat. Jonson Clarke-Harris is a handful and he helped change the game and he definitely deserved his goal.

“I always give 100 per cent in games, maybe that is what the sponsors spot (in terms of his man of the match award), there were others maybe who I felt should have got it, but I will take it. It is hard at this level to score goals and create goals, I just make sure that I work hard for the team and hopefully that helps.

“We grinded out the result. I think the first half was okay, we were better in the second half. The press was right. We take the point and move forward to another massive game on Saturday against Fulham. Our home record has been excellent, we know that we have to sort out the away form and I am sure that is in hand.

“For me personally, it is great to be playing in the Championship. The birth of my daughter meant I missed three games and it was hard to get back in and when Jonson picked up his suspension, I had to adapt a little bit in terms of the position I was playing, but it was the same for Siriki Dembele as well. We are not number nines, but we did the job for the team, now we have our number nine back and you can see what a handful he is,” Szmodics said.

Tickets for Saturday’s game against Fulham are available at www.theposhtickets.com and via the Weston Homes Stadium Box Office. Fulham have already sold over 2,500 tickets for the game and will occupy the Deskgo Stand and Blocks A and B of the North Stand.