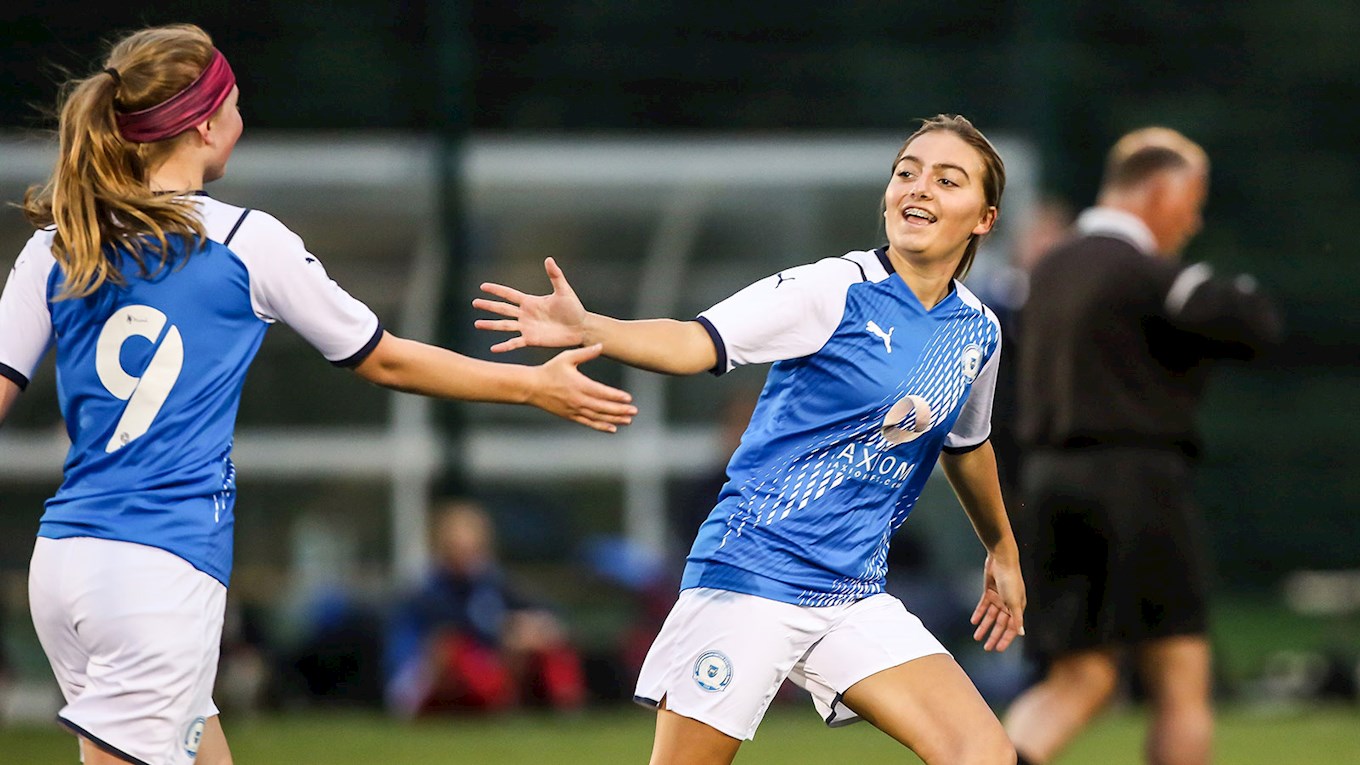 The reserves assistant manager Daniel Bratcher wants to build the positive spirits in the squad ahead of League Cup this weekend.

While the first-team are not in action this weekend, Peterborough United Women reserves begin their East Midlands Women’s Regional Football League Cup campaign on Sunday as they welcome fellow Division One South side Thrapston Town Ladies to Idverde Training Ground (3pm).

The reserves will be keen to return to winning ways after a difficult few weeks in the domestic league campaign, and assistant manager Dan Bratcher says it has been a challenging experience for the players so far but believes they can continue to develop

“It was always going to be tough, with a promotion and a very young side stepping in as well, so it been a new challenge for the girls playing against tougher and more experienced players, week in, week out, and they’ve learnt the hard way on occasions how crucial switching off for a second can be. However, they are all coachable moments and an opportunity to develop the girls and hopefully push them onto the first-team.”

Stepping away from league action, the reserves have the opportunity to get back to winning ways this weekend against Thrapston Town Ladies, and Bratcher wants to build the positive morale in the squad ahead of a double-header against the opposition in the league and cup.

“I’m excited for this week, to turn our focus away from a few disappointing results in the league but into a cup competition, which we’re looking to build that positive winning mentality too hopefully build into the future league fixtures.

“Plus, playing Thraspton twice in a row, it is a great opportunity for us to see what they’re about, where their strengths lie and what weaknesses we can take advantage of ready for the league game next weekend.”