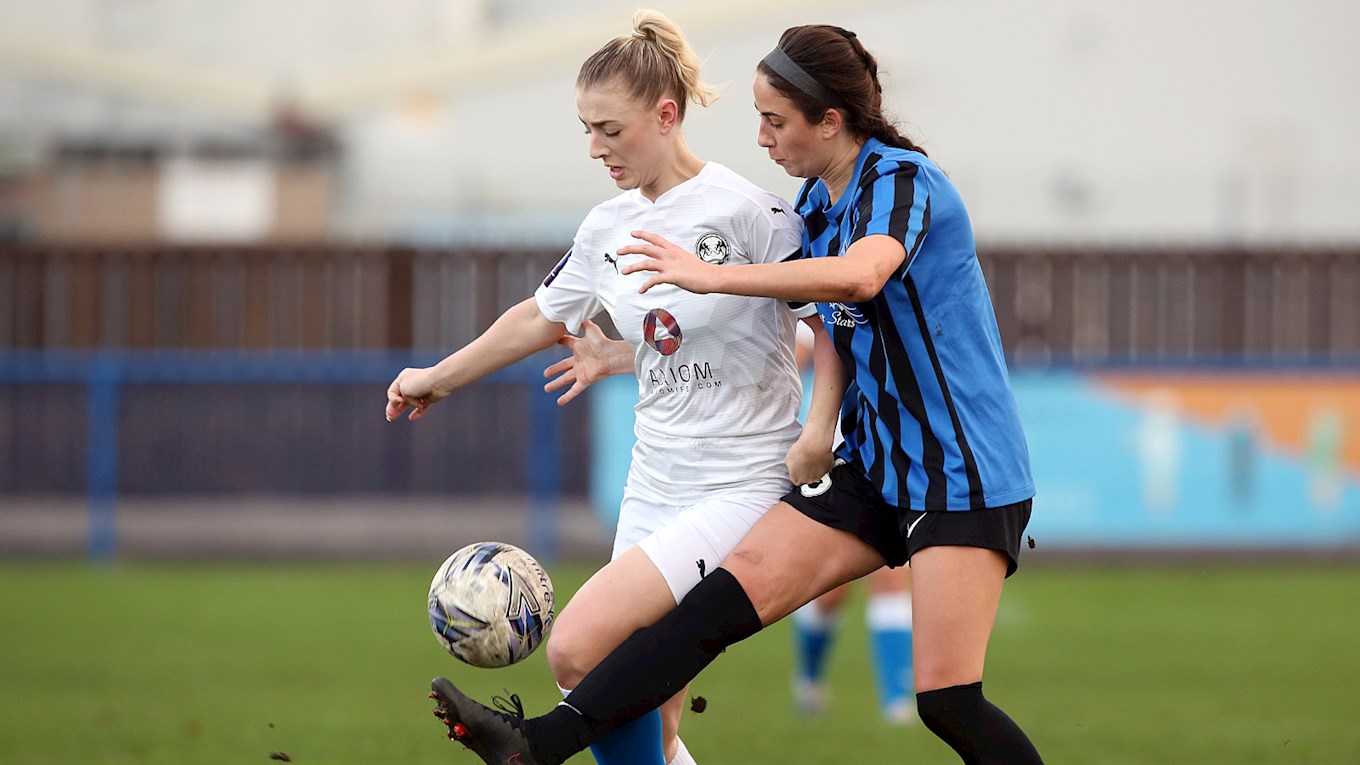 The Women are knocked out of Women’s FA Cup after a difficult afternoon at Grange Park.

Peterborough United Women’s journey in the FA Cup came to a disappointing end after a 4-0 defeat to Long Eaton United Ladies at Grange Park in the First Round Proper on Sunday afternoon.

After a very even opening 15 minutes, Long Eaton United created the best opportunity of the match when a corner passed through everyone inside the box, falling to a player at the back-post but she couldn’t direct her shot on target.

Posh best chance of the half fell to Jess Driscoll, as Keir Perkins broke into the box and played it across to the midfielder, whose effort was blocked on the line before being cleared. Parrett then had a long-range shot fall straight into arms of the keeper as Posh continued to increase the tempo.

The hosts broke the deadlock just before the half an hour mark when a low cross was bundled home by Jordan Akin, which saw Katie Cooper pick up a slight knock. On 37 minutes, Perkins saw the ball fall kindly inside the box, and on the half-volley, sent a shot well over the bar.

With half-time fast approaching, Ellen Marson sent a long-range effort well wide of the post before Chloe Brown made two changes at the break, with Hollie Lewis and Beatriz Borque replaced by Niamh Connor and Hannah Hipwell.

Similar to the first-half, it was a very even opening stages to the second half, as Hipwell first time shot a routine save for the keeper. Steward and Parrett linked-up once again, as the latter broke free on the right-hand side, cutting onto the right-foot but her effort failed to test the keeper.

On 58 minutes, Cooper produced a fantastic reaction stop from close-range to keep the score at it was, but minutes later, the hosts were awarded a penalty after Stacey McConville was penalised, and it was coolly converted to double their advantage.

Five minutes later, Long Eaton United had a third goal after a shot from edge of the box beat Cooper at the near-post. On 75 minutes, Marson was forced off injured and was replaced by Piper O’Neill.

As the game entered the final 10 minutes, the hosts grabbed their fourth of the afternoon when another low cross was tapped home by Jordan Atkin. Hipwell forced Long Eaton United’s keeper into a great save at the near-post after a mis-hit cross.

Parrett saw another long-range effort drift wide of the far post as The Posh Women journey into the FA Cup came to a disappointing end.

The reserves also had another difficult afternoon in the East Midlands Women’s Regional Football League Division One South after falling to an 8-2 defeat against Thrapston Town Ladies on Sunday afternoon. Zoe Devonport and Destiny Makanjuola grabbed the two goals for Posh, who are next in action in two weeks’ time as they welcome Anstey Nomads to Idverde training ground.